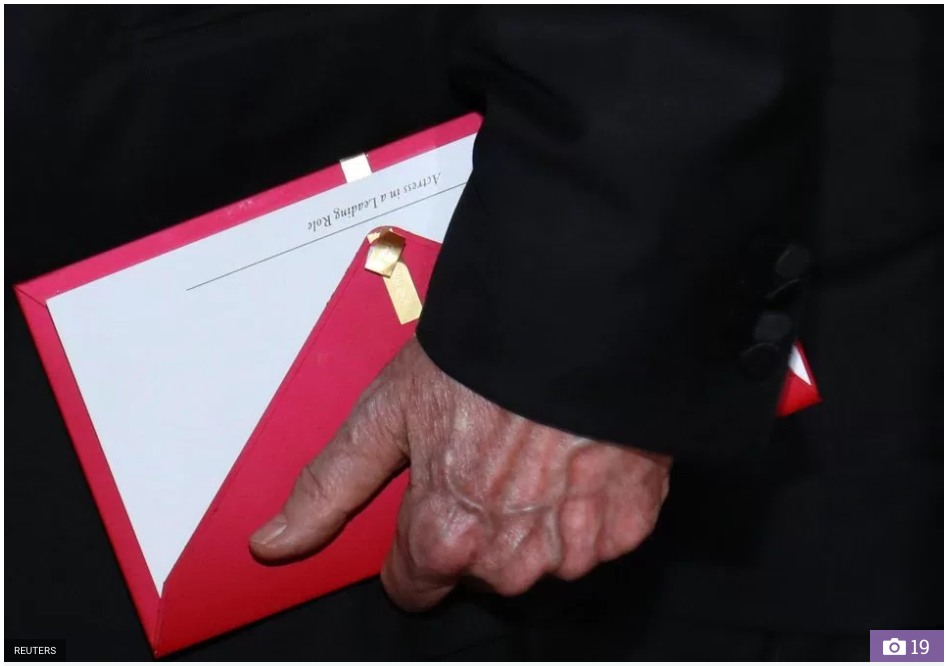 Why did the Oscars fiasco really occur?

And someone wanted the whole world to know.

SOTN Editor’s Note:
Please click on the original link of the article posted below to read the comment section at VARIETY.  Many of these commenters are very perceptive and sometimes arrive at the real reason as to why such a mediocre movie — Moonlight —  was given the Best Picture award.

The upshot of the obviously engineered confusion that took place last evening is that: “Moonlight” did not really win the Best Picture award; “La La Land” did. The voting process was transparently fixed to unfairly give “Moonlight” top honors. This movie has hardly been seen by anyone, for goodness sake.  Its gross revenue is a mere trifling compared to many of the other flicks in the competition.

So, why would the ultra-liberal Academy of Motion Picture Arts and Sciences (AMPAS) give such an inferior movie the highest award?  Because it gratuitously promotes homosexuality, and does so within the black community by way of a highly confused black man.  Apparently, America’s black communities need to be taught a quick lesson via sterotypical Hollyweird depravity that being gay is now cool … even for drug dealers in hardcore urban drug cultures.

Clearly, advancing the LGBTQ agenda — by every means possible — remains Hollywood’s number one priority, even if it mean rigging the Oscars.  This is why the “Best Picture” announcement process was so screwed up; the accounting firm knew that “La La Land” had really won. Someone in the know deliberately handed out the incorrect envelope to throw a wrench in the Academy’s plan.  And boy, bit it!

Oh, and by the way, if a PI were to contact each and every AMPAS voter, it would be proven unequivocally that “La La Land” won by an overwhelming landslide.

What’s quite interesting about this purposefully staged drama is that it also appears that the “Golden Globe Award for Best Motion Picture — Drama” was also rigged in favor of “Moonlight”.

Those Liberals and Lefties, Democrats and Progressives just love rigging the vote and stealing elections, don’t they?!   That’s why they so hate Donald Trump—he totally foiled their 2016 election theft. “Moonlight” walked away with best picture honors at the end of Sunday night’s Oscars ceremony in Hollywood.

The presenters for the final award — Warren Beatty and Faye Dunaway — were incorrectly given the best actress award envelope. A confused Beatty saw Emma Stone’s name and “La La Land,” and handed the envelope to Dunaway, who then announced the musical as the Best Picture winner.

The “La La Land” cast took the stage and producers began their speeches. But they stopped midway when they realized their error.

“There’s a mistake. ‘Moonlight’ you guys won best picture,” Jordan Horowitz said to the shocked Dolby Theater audience. “This is not a joke, come up here” the producer added. “Moonlight has won best picture.”

Beatty then returned to the microphone to explain: “I want to tell you what happened. I opened the envelope and it said Emma Stone, ‘La La Land.’ That’s why I took such a long look at Faye and at you. I wasn’t trying to be funny.”

It was nothing less than a shock for Barry Jenkins’ intimate study of a black youth coming to terms with his homosexuality to walk away with the win: Damien Chazelle’s “La La Land” had been widely tipped as the frontrunner on the strength of a dominant precursor showing and top prizes from the Golden Globes, the Producers Guild, and the Directors Guild. Notably, though, “Moonlight” scored more best film prizes from critics groups around the country, making it a formidable dark horse every step of the way.

Watch the moment unfold below:

Watch the moment #LaLaLand's filmmakers realized there was a mistake. #Oscars pic.twitter.com/mXQt6lv2aX