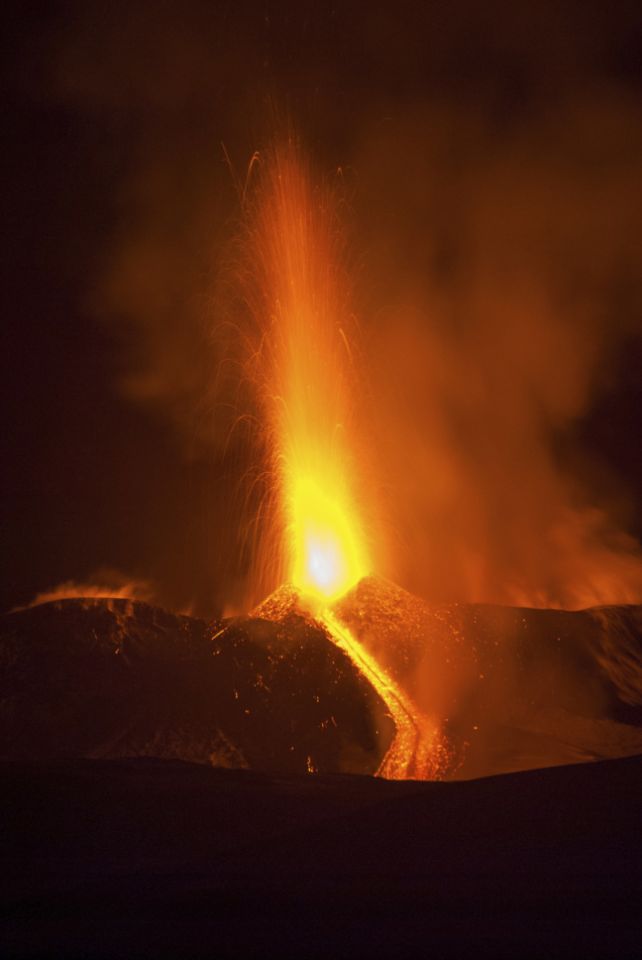 Mount Etna, Europe’s most active volcano, spews lava during an eruption, near the Sicilian town of Catania, southern Italy, early Tuesday, Feb. 28, 2017. The eruption was not dangerous and the airport of Catania is still open and fully operating. (AP Photo/Salvatore Allegra)

ROME (AP) — Mount Etna has erupted in a fiery show of lava in eastern Sicily.

The volcano’s latest eruptions, which can last days and even weeks, began on Monday evening. The giant orange fountains of lava, spewing toward the sky, could be seen in the city of Catania and the resort town of Taormina.

Although volcanic ash clouds can cause flight disruptions, the nearby Catania airport was operating normally Tuesday. Authorities reported no danger to the towns that dot the mountain’s slopes.