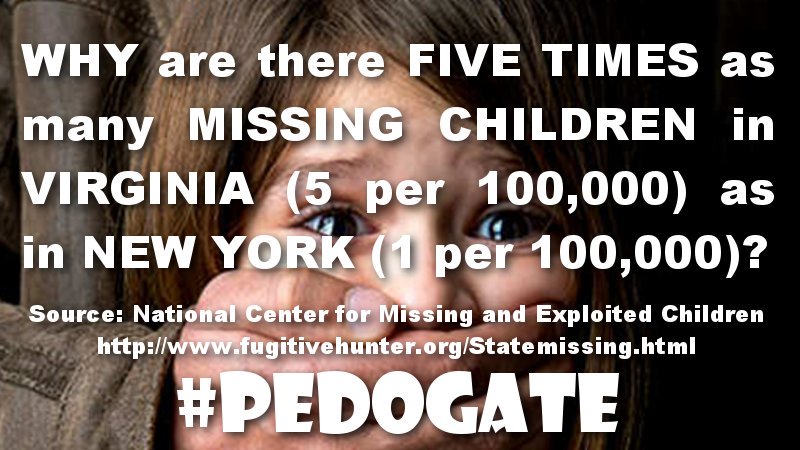 VL has been fortunate enough to work with some awesome people!  We have loyal and awakened followers who help bring us information, and we also have trusted insiders, whistleblowers and leakers who trust us enough to give us information, too.  Today, we have an exclusive interview with a special DHS insider who has answered some critical questions we have on PizzaGate.  Our insider prefers to call it PedoGate and what he told us blew our minds!

We are so fortunate that members of the Intel community like our work and feel they can trust us. We have been trying to get to the bottom of PizzaGate for months and the answers we got from our DHS insider stunned and shocked us. Here we go!

Q. It seems the intel community has it in for Trump – is this your feeling?

A. There are many Trump supporters within the FBI.  The CIA, however,  is against Trump because Trump threatens to ruin their game in the middle east.

Q. Can you elaborate?

Q.  So it seems like the intel community has it in for Trump. How can he protect himself?

A. Trump has a tremendous opportunity here, but needs to circle wagons. The travel ban included 7 countries chosen by both Jared Kushner and Rudy. Why did it not include Saudi Arabia, or Pakistan, or Turkey or other countries that hate us? The seven nations mentioned were chosen by Israel, that’s why. And the unspoken alliance of Israel and Saudi Arabia should be exposed. They are brother and sister. Jared Kushner needs to be careful with what he says and to whom. But, the biggest thing Trump can do is expose PedoGate via Sessions. Big names will go down hard, and it gets the blood suckers drained from the swamp. There are as many pedophiles on the Republican side as there is with democrats, but Trump is in a unique position to truly “clean up Dodge”, so to speak. I can tell you that what is in Anthony Weiner’s hard drive, and what videos exist via Jeffery Epstein, WILL BRING massive arrests – in time. Trump’s legacy could be truly great if he was to purge the CIA, stop the extortion, prosecute the pedophiles and reinstate the death penalty for pedo’s convicted a second time.  Pedogate is his path to greatness.

Q. How does Russia fit into all this?

A.  The CIA and Israel are responsible for the creation of Isis. Isis was created specifically to weaken Iran and destabilize Syria. It worked for awhile until Putin shored up Assad and bolstered Iranian Qud forces. The real reason you see such anti-Russian fever from both Schumer and McCain, Graham and Feinstein, is because the operation has blown up in our faces.

Q. Is Israel behind the anti Russian sentiment?

A. Yes. Israeli intelligence is furious with Trump, and will do anything to keep Trump from working with Putin.  Understand that if Trump and Putin work together to defeat Isis, they are actually defeating a CIA/Mossad creation, and furthermore, Syria and Iran grow stronger, which the Saudis and the Israeli’s fear. Their goal was to divide Syria and ultimately destroy Iran’s regime. It is not just an oil grab, but a much bigger attempt at moving the chess pieces to allow Israel and Saudi Arabia to dominate the entire Middle East.

Q. So they demonize Putin and try to tarnish the Trump administration?

A. The Deep State is at war with both Trump and Putin. Understand that when Israeli intelligence hears “America first” from Trump, they go apeshit. Israel has bribed, extorted and intimidated our politicians for decades and suddenly this upstart billionaire threatens to ruin everything.

Q. You mention the word extort. Does that relate to Pizzagate?

A. PedoGate is only a modern term associated with a long history of Pedo-blackmail connected to both Israel and the Intel community. There is a full court press to stop PedoGate from being looked at because if people knew the true motives behind the pedophilia epidemic, they would do more than march on Washington. They could actually seed a revolution, with the spark coming from decent American parents who want to protect their kids. Our politicians are compromised. The senior analyst nicknamed “FBI Anon” alluded to this in his exchange with folks on 4chan and with you.

Q. What do you mean compromised?

A. Do you notice 2 central themes running through the MSM lately?  Those themes are “Fear the Russians” and “#PizzaGate is fake news“.  Both tropes come from the same place.

Q. Can you explain?

A. How do we exert power?  Via fear. Do you ever wonder why both Democrats and Republicans fall all over themselves to kiss up to Israel? Odd, since Israel is the size of Rhode Island… The fact is, many of our politicians – on both sides – have been compromised by CIA and Mossad for years. It’s actually not admiration they are expressing for Israel, but fear. Notice Lindsay Graham and Chuck Schumer repeating the same salute when it comes to Israel. How does that even happen? The American people are finally seeing that there is no two-party system, but one big shadow Government pretending we have political dichotomy.

Q.  So PedoGate is real and “they” have to get Americans to disbelieve it?

A. Let me explain how threatening PedoGate is… Who wins? Trump. Putin. Americans. Russians. The world…. Who loses? Israel, since they no longer can blackmail our politicians, the same goes for the CIA. The Shadow Government loses. But, the people win.

Q. Can you give me specific instances of politicians being compromised by Israel?

A. Sure. Lolita Island. Jeffery Epstein, a billionaire convicted of pedophilia received a soft sentence. His island was rigged with video recorders. Many politicians have been compromised. It was a Mossad/CIA operation. Contact ex-senior CIA CCS, Robert David Steele. Bob knows and has even spoken about this with numerous reporters.

Q. So an ex-CIA senior agent named Robert Steele is on record saying Epstein’s island was a honey trap to lure our most powerful politicians into a extortion scheme?

A. Yes. There are videos of some of the most powerful players in the most humiliating positions. If this gets out, not only are the politicians ruined, but the extortion game is over and suddenly, the influence CIA and Mossad wield over Washington, is gone.

Q. So I checked out Robert David Steele, and he mentions Chuck Schumer being on Lolita Island. So does FBI anon. Is that why Schumer is targeting Trump’s cabinet picks?

A. Connect the dots.

Q. How many other politicians have been secretly extorted?

A. One in three, roughly. It’s not just the Island, its all of their activities. The reason #Pedogate terrifies the media, the CIA, the Israel Lobby, is because they are all part of this “shadow swamp”

A. Yes, and its espionage. Just as these leaks from the intel community regarding Flynn.  I expect that at some later moment, Trump will leak some of these videos

Q. Wait. Trump has videos of politicians in ‘delicate” situations?

A.  No, But the Intel community has them, and Trump has strong support among certain players in the community. Trump has said he wants to “throw a spotlight on the cockroaches”.

Q. But Trump just met with Netanyahu and pledged the usual unbreakable bond with Israel.

A. Theatre.  Netanyahu is desperate to both play Trump into attacking Syria,and hate Putin, and to convince him PedoGate is a conspiracy theory.

Q. That is what Robert Steele says, as well. So, exposing the Pedophiles diminishes Israel’s influence in American politics and also changes the map in a critical mass way?

A. The same media screaming “The Russians are coming” is the same media who says “Pizzagate is fake news” That’s CIA and Mossad talking points.

A. Facebook and CIA are literally the same petri-dish. Google became a Deep State organ courtesy of Eric Schmidt.

Q. Getting back to the Pedo stuff, FBI anon said in July of last year, that the Clinton Foundation sold secrets to foreign nations. Did they also engage in PizzaGate?

A. There are videos of WJC that would destroy him. FBI anon leaked weeks ago, on purpose. There was a reason.

Q. Ok, FBI anon gave Schumers initials, and Barnet Frank and others, but so far we have only seen low-level arrests.

A . FBI anon did a “bank shot”. That’s a pool hall term we use. Ask Bob about it. FBI Anon rattled their cages as other DHS and local authorities rounded up all sorts of street-level human traffickers. The big arrests will come in time, but first the small fish are interrogated, and provide information that leads to larger fish. FBI Anon was firing a shot across the bow, much like you shake a beehive to infuriate the bees. Notice how blatantly hostile McCain, Schumer, Graham, and others are? It was what we call a “targeted trigger“.

It worked. By long-kniving Flynn, they exposed their hand. Now, Trump has full executive powers to investigate the CIA and Mossad. Notice how there is sound and fury about “Russian influence” and utter silence on “Mossad” influence in our power structure?

When FBI anon leaked in early July, the whole idea was to expose the Clinton Foundation,and to hint at the sale of “people” i.e. Pedogate. Look back at his exchange on 4chan. He is a gifted analyst, and knows just what stone to throw at Goliath’s noggin. By triggering the Shadow Government, he helps citizen journalists ask the right questions and follow the right breadcrumbs, not the rabbit holes the Elite scum want you to follow.

Now, PedoGate victims are speaking out on their experiences! You just had a story on some lady who went through having her family abused by California-Deep-State-sponsored terrorism. If folks knew that CPS in California is tied into a huge racket that kidnaps children from parents, they would realize just how sick this is. Foster homes, CPS, etc… all get paid well to jail parents and then snatch their kids away. These kids suffer abuse, and perpetuate the growing cancer called Pedogate. Politicians who have pedophile tendencies are groomed for power, because they can be later extorted and controlled. Meanwhile, victims have no voice- until now. Suddenly, we have citizen journalism, and it will end up saving the people, in the end.

I have to go, but please contact Robert David Steele, the former CIA agent we discussed. I am sure he would appear on your channel. You are providing a real service to the people and we hope you will continue to speak up for the regular folks who are concerned, rightfully, as to the state of our nation.  Take care.