India serial killings: Could ‘house of horrors’ accused be innocent? 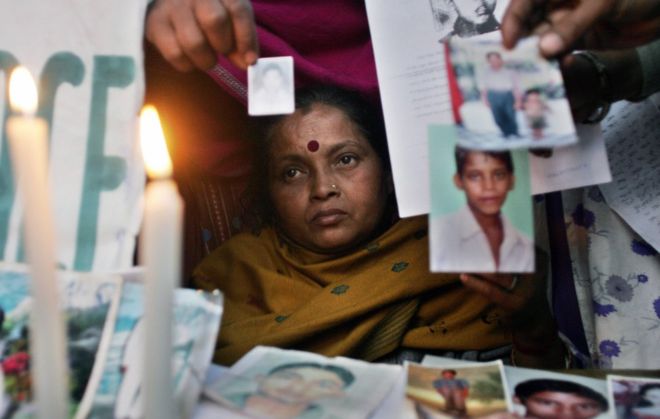 India serial killings: Could ‘house of horrors’ accused be innocent?

_
Ten years ago, India was gripped by serial murders in Noida, a wealthy suburb of the capital Delhi, where at least 19 children and women were raped and killed.

Businessman Moninder Singh Pandher, in whose house the murders took place, and his manservant, Surinder Koli, were arrested for the crimes. Koli has since been convicted and sentenced to death in some of the cases, while the trial continues in the others. The businessman has been freed on bail.

An explosive new documentary, The Karma Killings, which globally released on Tuesday on Netflix and other digital platforms, now argues that Mr Pandher may not be guilty.

_
“I was reading the stories in the papers and magazines and watching it on TV, thinking this is too unbelievable. Every day, new revelations were being reported and each one stranger than the next,” he told the BBC on the phone from New York.

Many children had gone missing from the nearby slums of Nithari over the past two years and their parents alleged that police had ignored their complaints.

After the first corpses were discovered, it was reported that several children from the slums had been lured to their deaths by Koli, who had invited them into the house, offering them sweets and chocolates. Angry mobs then attacked the police and overran the crime scene.

Mr Pandher denied all the charges against him from day one, but was vilified and portrayed as a monster by the press.

“With his beard and moustache, he looked like the perfect Bollywood villain. Then there were stories of his drinking, call girls coming to his house, his depression,” says Devineni, adding that there was a sort of “an inverse racism” at play here. “Mr Pandher was a rich man, he was this privileged person and everyone wanted to bring him down.”

After body parts and children’s clothing were fished out of a sewer next to his house, the crime scene was dubbed India’s “house of horrors”.

_
The two accused “looked” and fitted the “face of evil” and Devineni started off with the presumption that they were both guilty, but was persuaded by the evidence to change his mind.

Inspired by Truman Capote’s In Cold Blood, he spent months in Nithari, visiting the crime scene and the courts, meeting the police, the lawyers, families of the victims and the accused, and the accused themselves, painstakingly recreating their stories and the crimes.

“I first met Koli and Pandher in October 2012 in the court in Ghaziabad where they were being tried and I was surprised by how easy the access was,” Devineni says.

_
The accused were brought to court every day and one day, the filmmaker walked up to Mr Pandher’s lawyer and asked if he could talk to his client.

“While I was standing there talking to Pandher, Koli also joined in the conversation. We just stood there, talking about murders. It was surreal.”

After that, he returned to the court daily, talking to the men accused of India’s most horrific crimes in recent years, getting to know them and, in the process, getting close to them.

He describes his first encounter with Koli as “eerie and unsettling”.

“He never denied committing any of the crimes, he always tried to put the blame on someone else. A doctor in their neighbourhood was involved in an organ scam so Koli suggested that he may have been behind the killings.”

_
Koli was waiting to be executed and sought his help. “Our conversations were very laid back and casual. He talked a lot about his family, his wife and two children.”

Devineni describes Koli as “really shrewd and cunning, one of the smartest people I’ve ever met”.

“He’s had little education, knows no English, but he does his own research. On his own, he has learnt India’s complex legal system and how to stay on top of it.”

His impression of Mr Pandher, on the other hand, was that of a “quiet and kind grandfather-type” of man. “He denied his involvement in the crimes and asked me to look at the evidence instead.”

In his initial confessional statement, Koli did not say that Mr Pandher was a participant in the crimes, but in 2007, he changed his tack to implicate him. It is not known why he did that.

_
Many have questioned how Mr Pandher could not know what was going on in his own house.

Devineni says “Pandher had deep love and affection for Koli who covered for him in front of his wife when he saw call girls. Pandher trusted him and left the running of the house to him.

“I’m convinced that Koli committed all the murders on his own. Pandher is an innocent man.”

The victims’ families, however, are unlikely to find his argument convincing. Over the years, they have insisted that justice would only be done when Mr Pandher is hanged. And they are unlikely to change their minds.

“None of them really care about Koli,” says Devineni. “Their whole focus is on Pandher. Koli is poor, like them. He’s one of them. Pandher is rich and if he’s let off, it’s the big guy getting away with murder.”