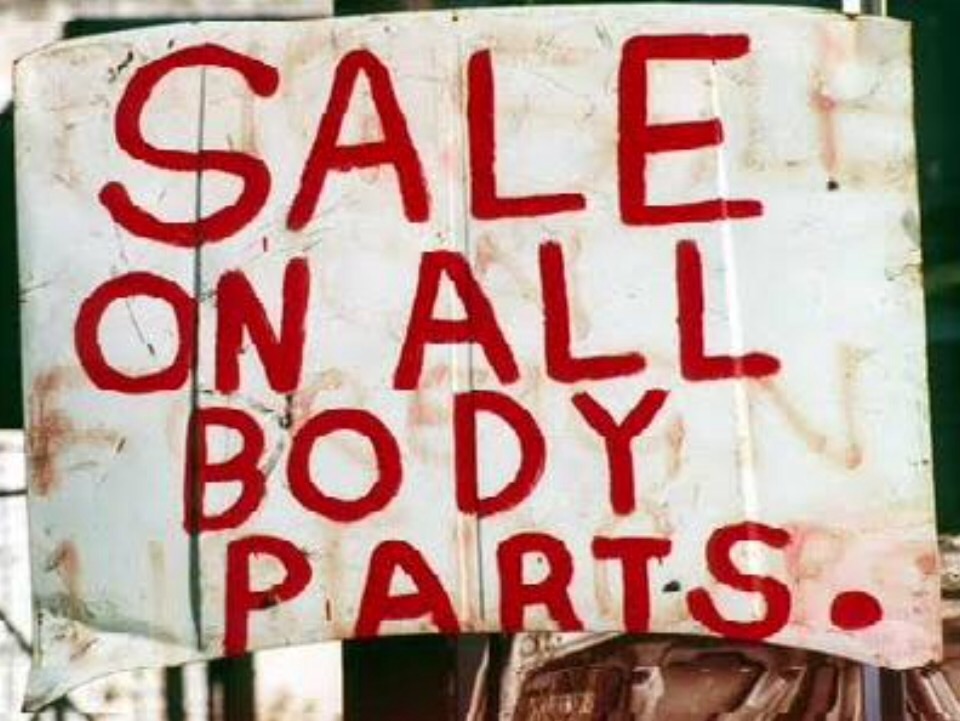 Kidneys and other organs are selling to the highest bidder on the black market.

Recently in China, a missing 6-year-old boy was found alone in a field, crying. Upon closer inspection, both eyes had been removed, presumably for the corneas.

In 2012, a young African girl was kidnapped and brought to the UK for the sole purpose of harvesting her organs. She was one of the lucky ones—rescued before she went under the knife. Authorities feel this is just the tip of the iceberg.

This isn’t just an international occurrence. Kendrick Johnson, a Georgia teen, died at school January 2013. The local sheriff quickly determined the death was a freak accident, that he suffocated after getting stuck in a rolled up mat in the school gym. Johnson’s parents however, could not—would not—accept that. Six months after his death, they obtained a court order to have the body exhumed for an independent autopsy.

The pathologist was stunned when he found the corpse stuffed with newspaper. The brain, heart, lungs and liver were missing. He also discovered Johnson’s death was due to blunt force trauma to the right side of his neck. The FBI is now involved in this disturbing case with potentially shattering reverberations.

Nancy Scheper-Hughes has spent over ten years studying the dark side of organ harvesting and trafficking which is driven by greedy middle men and desperate, wealthy recipients. Black market organs are being transplanted in New York, Philadelphia, and Los Angeles at $150,000 a pop. She reports there are “broker-friendly” US hospitals, complete with surgeons who either don’t know or don’t care where the organs come from.

Organ donation is only possible if the organ in question has blood and oxygen flowing through it until the time of harvesting. A living donor can give a whole kidney, a portion of their liver, lung, intestine or pancreas. Otherwise, the donor must be declared brain dead while circulation and oxygenation remain intact.

Today, 120,771 people are waiting for an organ, and 18 will die every day while waiting. Just one donor has the ability to save up to 8 lives. Where there’s a demand, there’s a way. And for the wealthy money is no object when it comes to a vitally needed body part.

Organ donation is strictly regulated in the US, yet a black market is alive and well. Typically a broker will team up with a funeral home director, forging consent forms and a death certificate to harvest human tissue before the body is cremated or buried. Sometimes organs are harvested from a living victim for compensation. In the worst case it involves kidnapping for the purpose of organ harvesting. Always at the end of the chain is a wealthy recipient, willing to pay big bucks with no questions asked. 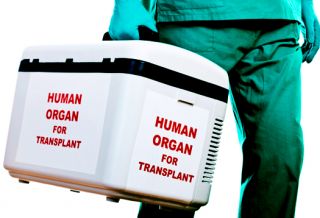 In some countries, impoverished villagers may sell an organ for several hundred dollars. In others, organ harvesting is tied to human trafficking. Children sold into slavery or a life of sexual abuse are also used for their organs.

There’s a black market for hearts, lungs, and livers, but the kidney is the most sought after. According to the World Health Organization, approximately 7,000 kidneys are illegally harvested annually by traffickers worldwide and the prices vary widely by country.

The profits are huge, and money is a temptation many brokers and doctors just cannot resist. In 2010 WHO estimated about 11,000 organs were obtained on the black market. WHO also claims that an organ is sold every hour of every day, 365/7. 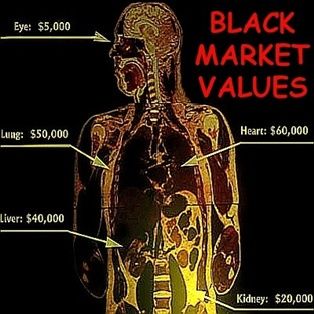 What is your kidney worth to you? A broker located in China openly advertised “Donate a kidney, buy a new iPad!” In addition, the donor would be compensated $4,000 and it could be harvested quickly and easily in as little as 10 days.

There’s an enormous demand for organs, and whenever there’s gap between supply and demand desperate buyers and desperate sellers will dictate a black market. Now organized crime is involved, sometimes leaving the poor victim without their organ and quite possibly without being paid.

Even here in the U.S., there have been accusations (no proof) of allowing patients on life support to die in order to remove the organs while the heart is still beating. This is a multi-million dollar industry, and as the wealth gap continues to widen, it’s only expected to get worse.