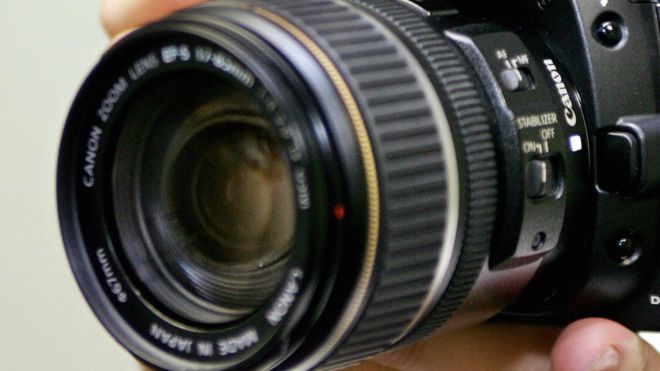 A woman working for the Belgian interior ministry has been suspended because of pornographic pictures of her taken in the office and ministry lifts.

The woman has worked for the ministry for six years, and insists the pictures are private and nothing to do with her job, Belgian reports say.

But her boss is said to have disagreed, because photos posted on Twitter clearly featured the ministry itself.

The woman complained to a top court but it found against her.

Described as an administrative employee, the unidentified woman was apparently first spotted in a French TV report on men and women who offer sexual services, according to Belgian daily Het Laatste Nieuws.

Photos then surfaced online of her posing naked inside the interior ministry office and lifts in the Boulevard de Waterloo in central Brussels.

Hauled in before her boss, she was then told to hand over her laptop and ministry identity card and stay at home provisionally suspended on full pay.

The woman involved accuses the ministry of harming her private life with a “vindictive measure” that seriously harmed her professional reputation, Het Laatste Nieuws reports.

Her lawyer was not available for comment but the woman was quoting as saying: “I’m being treated like a leper,” insisting she had the support of her colleagues.

Belgium’s top administrative court, the Council of State, said she had herself taken the risk of sullying her reputation by taking the pictures and disseminating them on the internet.