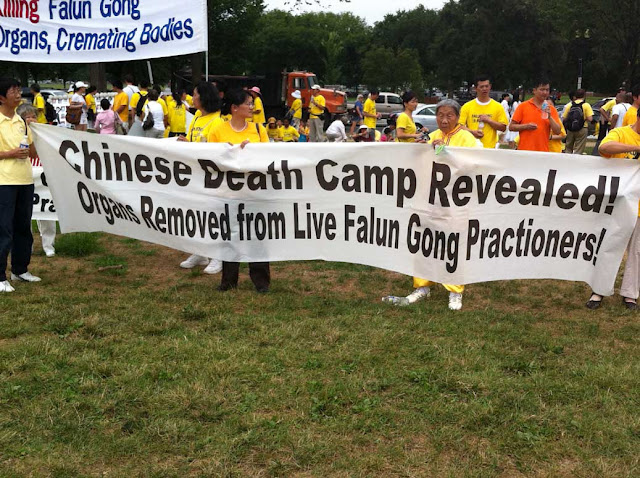 A painting showing live organ harvesting and the terrible toll it takes on the Falun Gong practitioners who are killed, as well as those who commit these horrific crimes.  Painting: Sitsian Dong (Xiqiang Dong) – 2007 FalunArt.org

David Kilgour is the former Canadian Secretary of State who has exposed mass live organ harvesting in China.

As Epoch Times reported in July, while interviewing Ethan Guttmann, the author of a recent book on this tragedy in China, The Slaughter: