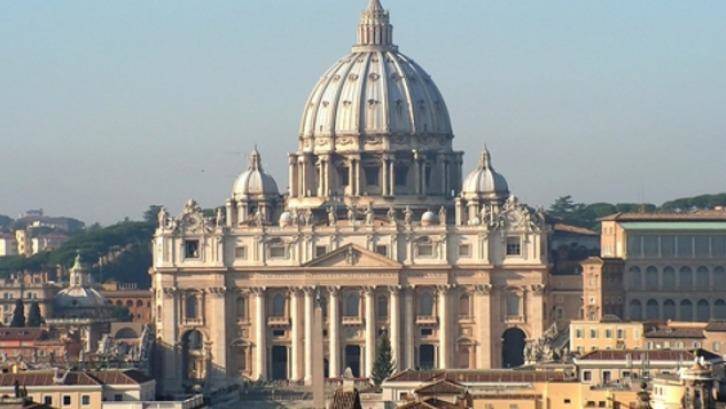 Fortune and Time magazines are holding a meeting in the Vatican about forging a new global social contract.

In an apparent reference to anti-immigrant and anti-Muslim attitudes that have surfaced in the US, Pope Francis warns of an ‘epidemic of animosity’ against immigrants.

The so-called Global Forum will bring together those who believe capitalism is the way to beat poverty and a Pope who deplores the damages caused by unbridled capitalism.

On December 2, Richard Branson, chairman of the Virgin Group, will lead the first discussion on the Moral Imperatives of Modern Leadership. The following talk will be a “call to action” by Cardinal Peter Turkson, the Ghanaian president of the Vatican Integral Development office.

Turkson is the only Vatican official scheduled to speak in this meeting mainly of business leaders and NGOs (including Cherie Blair head of the Blair Foundation for Women) sponsored by Monsanto, Siemens and other corporations. In the past Turkson has criticised of the introduction of genetically modified food in African agriculture but Monsanto has sponsored them internationally.

Most of the topics begin with a phrase from Francis and link it to a current problem: for instance his “it is increasingly intolerable that financial markets are shaping the destiny of people rather than serving their needs” introduces the working group discussion of financial services.

Other topics include refugees, energy innovation and protection of the environment, creating jobs in an era of technological advances, and ensuring adequate food and water supplies for an expanding population.

On the second and final day, Francis will address the participants. Last year in Bolivia, Francis, who has repeatedly condemned the “idolatry of money”, told a huge audience of poor workers, “the exploited and underprivileged”, that “the future of humanity was largely in their hands”. On his return flight to Rome, journalists asked about his attitude to capitalism and he said he had much to learn before his visit to the United States which he made without damning capitalism.

He endorsed using several international firms such as McKinsey, which is also involved in the Global Forum, to overhaul Vatican finances but he has not approved Cardinal George Pell’s “capitalist” idea of pooling all Vatican resources for more profitable investments whose profits can be used to aid the poor. Pell’s Vatican Asset Management plan has not yet got off the ground.

Francis and the Global Forum participants may have a mutual educational experience. Participation at the Global Forum being hosted by the Vatican is by invitation only. Photo: AP

This is not the first time that business leaders have come to the Vatican but usually they simply listen to the Pope rather than discuss the interplay between Catholic social doctrine and major socio-economic problems.

For years a US Christian think-tank, the Acton Institute which champions free markets acting within an effective legal system, has been active in Rome where it has a permanent office. Wary of corporate sponsors, it has tried to influence the Vatican discreetly.

But it has not done anything as spectacular as the Global Forum, which is backed by corporate sponsors. Attendees will get a two-hour audience with Pope Francis. Photo: AP

Participation at the forum is by invitation, sent firstly to Time‘s 100 most influential people and Fortune‘s 500 top business leaders. The cost for participation is $US6500 ($8770), which does not include travel or hotel expenses.

Apparently, the prospect of a business talk-fest at the Vatican is compelling. The Global Forum is booked out.