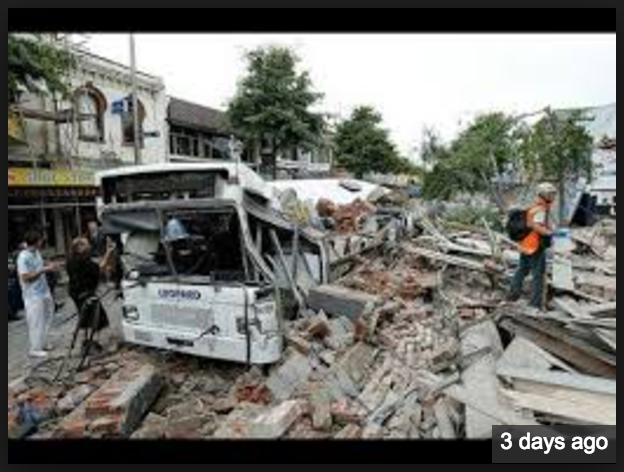 Damage from 7.8 Magnitude Earthquake near Christchurch, New Zealand after Tsunami on 13th November, 2016 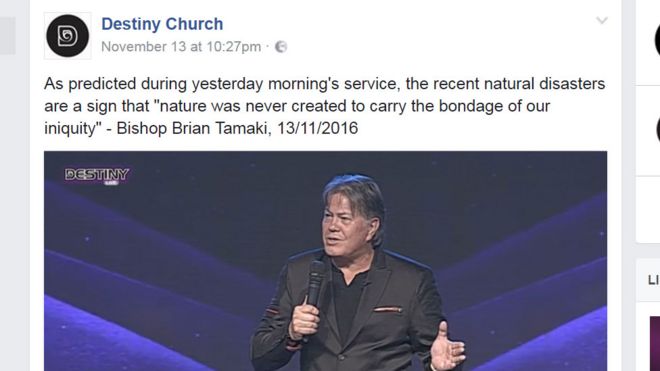 FACEBOOK  •  The Church posted Mr Tamaki’s sermon after the quake, calling it a ‘prediction’

_
A New Zealand preacher is facing a backlash after saying that earthquakes could be caused by homosexuality.

Brian Tamaki, leader of the Destiny Church, posted a sermon on Facebook claiming such disasters were caused by sin, and referencing gay marriage.

An online petition calling for the church to be classed as a hate group and lose its tax-free status has been signed by 100,000 people.

The sermon was given at Mr Tamaki’s church in Auckland on Sunday, before the quake. But it was later posted on Facebook and labelled as a “prediction” by the preacher.

“(The book of) Leviticus says that the earth convulses under the weight of certain human sin. That’s natural disasters,” he said in the video.

He also spoke about the city of Christchurch, which suffered a devastating 2011 earthquake which killed 185 people, calling it “everything but Christ’s Church.”

“It had the highest murder rates, it was haven for those who were absolutely anti-Christ in every way. It was the representative from that city that first put in motion gay marriage in this country,” he said.

The online petition to revoke the church’s tax-free status will be delivered to Prime Minister John Key, who has already called the preacher’s claim “ridiculous”.

“New Zealand is a seismically prone country, with a number of very well identified fault lines, It’s nothing to do with people’s sexuality,” he told a radio programme. 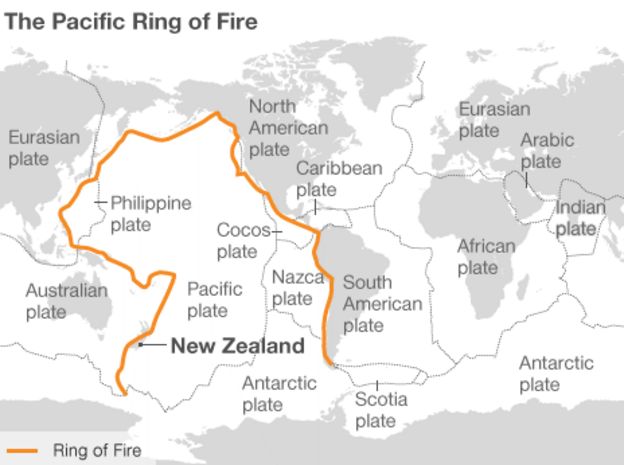 New Zealand lies on a fault line between continental plates

_
Mr Tamaki, however, has defended his comments.

In a radio interview, he said his comments had been an unplanned, spontaneous message in the middle of a sermon. “I had no idea what was going to happen a few hours later,” he said.

However, he said he held “another perspective” and wanted people to understand where he was coming from.

The response was “over-sensationalised”, Mr Tamaki said. He added that he was not specifically targeting gay people, but all types of “sexual sins”.

He also said he accepted that manmade factors influenced the environment, but there is also “another connection to natural disasters”.

Mr Tamaki has long been an opponent of gay marriage, dating back to the political debate in the early 2000s.