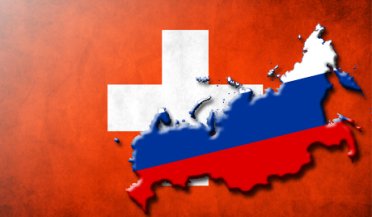 While relations between Russia and the US may finally be on the mend following a phone call between Putin and Trump, in which the Russian leader expressed hope for a reset and renormalization of the current “unsatisfactory” bilateral relations between the two countries, treatment of Russia in Europe remains on the downswing. The latest example of this took place on Friday when military aircraft with Swiss fighter jets shadowed a Russian government aircraft over the European country, Russian Foreign Ministry spokeswoman Maria Zakharova said Saturday.

As a result, Moscow asked the Swiss government for an explanation for the deployment of fighter jets to meet a Russian special flight airplane carrying journalists, and Alexander Fomin, the director of the Russian Federal Service for Military-Technical Cooperation to a summit of the Asia-Pacific Economic Cooperation (APEC) in Peru, saying it is particularly concerned by how perilously close the warplanes shadowed it.

In a broadcast on the Rossia 24 TV channel, Russian Foreign Ministry spokeswoman Maria Zakharova issued the following statement: “I will stress one more time that a rather close distance, to which these fighter jets had approached [the Russian plane], has caused serious concerns of the passengers of the Russian aircraft. We have not left unnoticed the media reports on the issue and our embassy in Switzerland has already requested explanations of the Swiss side. We are expecting the explanations and will respond in an appropriate manner after we will receive them.”

Switzerland said later on Saturday that close encounter had been just a “routine check.” The Swiss Defense Ministry confirmed that the Swiss jets flew alongside the Russian plane for seven minutes, adding that it was one of the checks that are usually conducted around 400 times a year to double-check the identity of planes belonging to foreign governments, as reported by Reuters.

“It’s like police patrols in the street checking a car to make sure it wasn’t stolen,” a Swiss Defense Ministry spokesman told Reuters.

According to Sputnik, Andrey Kolesnikov, editor-in-chief of the Russian Pioneer magazine, wrote on Facebook, “We are flying to Peru, to APEC CEO summit […] Flying through Switzerland. At some point, the plane with the delegation and the journalists is blocked from three sides by three fighter jets. […] These are fighter jets of the Swiss Air Force.”

Kolesnikov expressed amazement that the fighters were flying close enough to be what he considered a threat to the flight. The jets seemed to be almost at arm’s length, and the aircraft identification numbers, as well as the pilot’s faces, could be plainly seen, according to the journalist.

Others on board had a similar reaction: Dmitry Smirnov, correspondent for Komsomolskaya Pravda newspaper, wrote on his Facebook page, “We are flying to Lima with gusto: passed above Switzerland with convoy of two F-18s with ammunition load.”