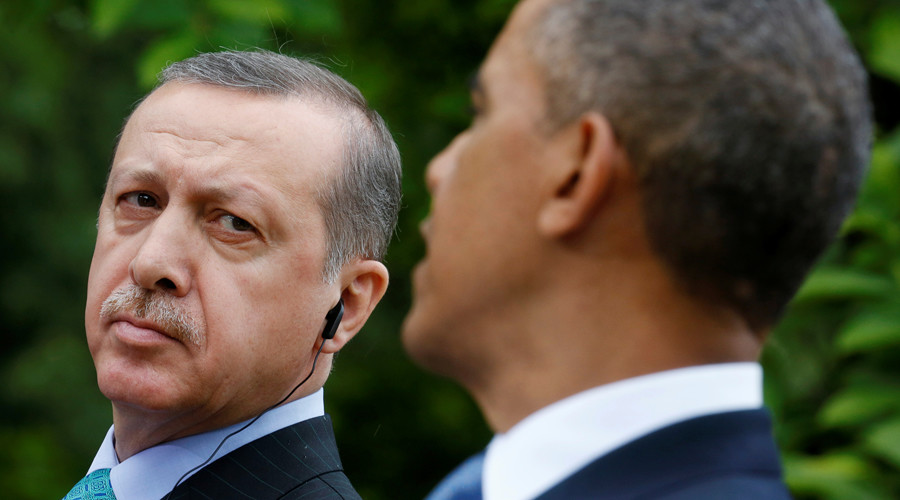 The Obama administration has failed to take the threats Turkey is facing seriously, including the war in Syria and resulting inflow of refugees, the country’s president complained, saying he has become “disillusioned’ with US policy in the region.

“We have addressed these issues; discussed them with President Obama and Vice President Biden. They failed to rise to the occasion and handle these issues seriously. This is quite upsetting for us,” Recep Tayyip Erdogan told CBS program 60 minutes.

“Let me be very frank in my remarks. I’ve been known for my candor. I wouldn’t speak the truth if I said I was not disillusioned, because I am disillusioned,” he added.

The interview is to be aired later this week.

Turkey’s relations with the US have soured over several issues, including Washington’s support of Kurdish militias in Iraq and Syria and refusal to extradite self-exiled Turkish cleric Fethullah Gulen, whom Erdogan accuses of masterminding July’s failed military coup in Turkey.

For its part, Washington has criticized Turkey’s crackdown on alleged members of the Gulen movement that has followed the coup.

Erdogan’s concerns may be addressed by the incoming Trump administration, however, as some of the priorities voiced in the Republican president-elect’s campaign, such as stemming the uncontrolled influx of refugees and ramping up the fight against terrorists in Syria, are in line with the Turkish leader’s.

Michael Flynn, who is slated to lead the Pentagon under President Trump, has also argued that the US should not provide safe haven to Gulen, whom Flynn has called a radical Islamist pretending to be a moderate.