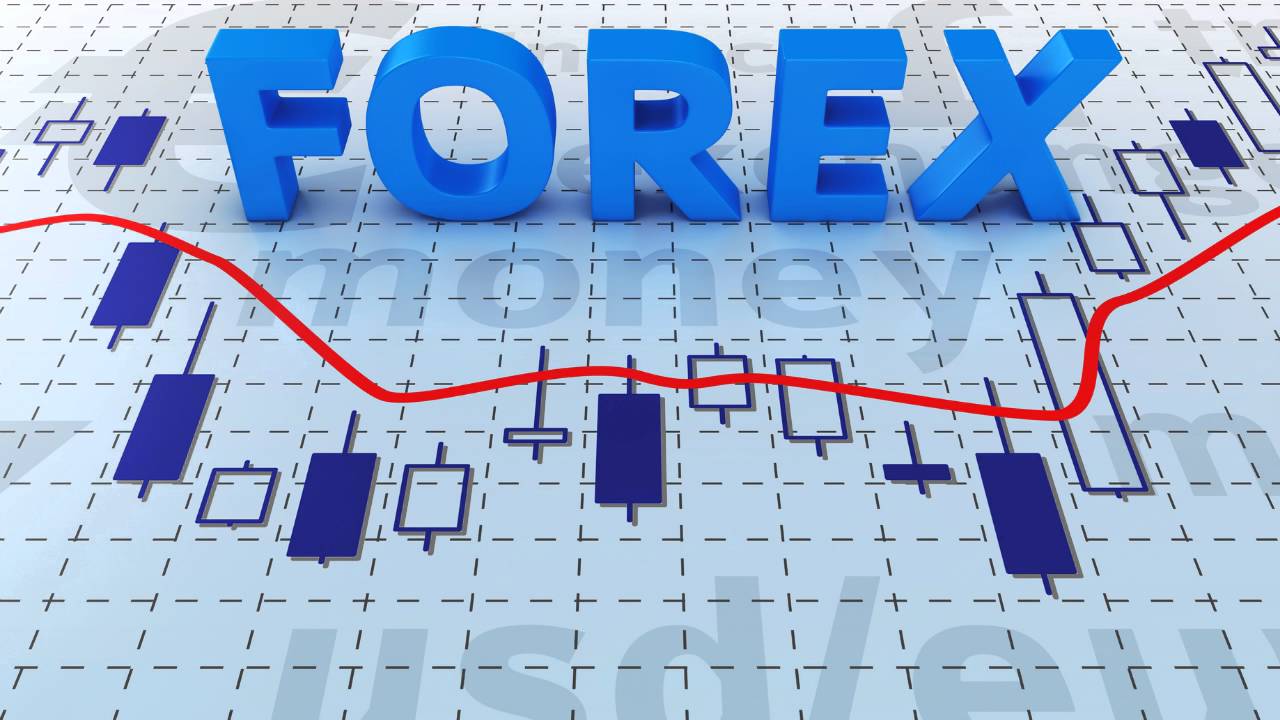 Warning to investors – traditional markets are flawed.  In one of many hypothetical futures, not so far in the future, FX may be the only game in town.  As we explain in Splitting Pennies – Understanding Forex – it’s FX that drives the world, not stocks, bonds, commodities, or real estate.  Let’s take a quick look at some of the cracks in traditional markets.

During the credit crisis HFT snuck in a huge business for themselves in the stock market via Reg NMS by manipulating ‘order types’ and ‘latency’.  Well, that’s all starting to unwind.  Top HFT firms are fearful that the SEC is about to ‘spill the beans’ according to Bloomberg:

Some of the biggest electronic traders are complaining that a new test in the U.S. stock market will compromise their top-secret strategies, one of their most valuable assets.  Citadel Securities and KCG Holdings Inc. are among a chorus of brokers questioning elements of a U.S. Securities and Exchange Commission experiment, which began Monday, designed to whip up more trading in small companies. Their complaint is that the test will force firms to publicly expose detailed trading data with only the thinnest veil of anonymity, allowing competitors to reverse engineer how their prized trading algorithms work.  For high-speed trading firms, complex computer code is the secret weapon for profiting from the market. Some brokers say they fear that in their test, regulators won’t sufficiently mask their publicly reported trading data.  “It’s going to take someone exactly three seconds to figure out who’s who,” said Jamil Nazarali, head of execution services at Citadel Securities, which is the market-making arm of billionaire Ken Griffin’s Citadel LLC. Trading firms will “likely change their behavior to protect their intellectual property,” making the test’s results less meaningful, he added.

And, IEX is set to blow a hole in the dark pools of Wall St.

Previously to the “DB Crisis” – Europe’s biggest bank, Douche Bank, is now probably insolvent at best, and at worst – will form a black hole so big that it will suck half of the worlds banks and assets into it when it implodes.  DB isn’t just a bank, it’s a financial powerhouse – a superbank.  For example, if you’ve ever bought a currency ETF, it was probably offered by DB:

Hmm.. only 35 ETFs in the USA.  Anyway, creating an ETF isn’t easy.  DB is registered in almost every country in the world, yes even in Malta.  They are in thousands of businesses.  Unwinding this behemoth will take decades.  Unraveling all of their crimes, money laundering, scandals, and derivatives is practically impossible.  Just one example of a $10 Billion dollar liability, in this case, just money laundering:

Almost every weekday between the fall of 2011 and early 2015, a Russian broker named Igor Volkov called the equities desk of Deutsche Bank’s Moscow headquarters. Volkov would speak to a sales trader—often, a young woman named Dina Maksutova—and ask her to place two trades simultaneously. In one, he would use Russian rubles to buy a blue-chip Russian stock, such as Lukoil, for a Russian company that he represented. Usually, the order was for about ten million dollars’ worth of the stock. In the second trade, Volkov—acting on behalf of a different company, which typically was registered in an offshore territory, such as the British Virgin Islands—would sell the same Russian stock, in the same quantity, in London, in exchange for dollars, pounds, or euros. Both the Russian company and the offshore company had the same owner. Deutsche Bank was helping the client to buy and sell to himself…Although the bank’s headquarters remained in Germany, power migrated from conservative Frankfurt to London, the investment-banking hub where the most lavish profits were generated. The assimilation of different banking cultures was not always successful. In the nineties, when hundreds of Americans went to work for Deutsche Bank in London, German managers had to place a sign in the entrance hall spelling out “Deutsche” phonetically, because many Americans called their employer “Douche Bank.”

On the other side of the pond, Wells Fargo – previously one of America’s ‘trusted’ banks, “Main St. bank” – is collapsing after the market learned that their great sales figures were based on a house of cards that was, well, fraudulent.  If you’re not aware or not following this crisis, checkout this article for a simple explanation.

With a major hurricane likely to hit Florida and possibly a direct hit on Miami, which already has a problem with high tides, hot markets such as Miami are feeling multiple pressures.

There are a lot more apartments available for purchase these days in Manhattan. And fewer people are buying.  Sales of previously owned condominiums and co-ops fell 20 percent in the third quarter from a year earlier as potential buyers grew cautious amid more choices, according to a report Tuesday from appraiser Miller Samuel Inc. and brokerage Douglas Elliman Real Estate. There were 5,290 resale apartments on the market at the end of September, 53 percent more than the number available in late 2013, the lowest point for listings.

The swelling inventory is providing an opportunity to New Yorkers shut out of a market in which construction has been dominated by ultra-luxury condos aimed at the wealthiest buyers. Resales, particularly those priced at less than $1 million, were in chronically short supply in recent years, and those that made it to the market sparked bidding wars. Now, more owners are listing apartments to profit from climbing values, and they’re finding lots of company.  “Rapidly rising prices over the years have pulled more sellers into the market hoping to cash out,” Jonathan Miller, president of Miller Samuel, said in an interview. “But buyers are more wary. There isn’t the same intensity of activity to burn through the new supply.”

Hedge Funds, not capitalizing on the turmoil, and even losing

Well, hedge funds are having their worst year EVER, with fewer than one in five beating a basic market benchmark:

In fact, this has been the year investors wanted to do anything but try to pick stocks. Active fund managers had their worst first half ever, with fewer than one in five beating a basic market benchmark, according to data from Bank of America Merrill Lynch that go back to 2003.Stock pickers were done in by two major factors: following the crowd and an uneven pattern of correlations among stocks. The 10 most-crowded stocks lagged the 10 least-owned by a whopping 18 percentage points, which BofAML called “an atypically high spread.”

Forex Markets to dominate the next 20 years

There’s always Forex algorithms, which Wall St. simply afraid of, because they don’t ‘control’ the FX markets.  Some FX strategies perform month in and month out like clockwork, a pension fund’s dream – but why go with something that works when it’s politically correct to lose with hedge funds (it’s good for jobs, right?).

The point is that, FX is a money market – and a super set of other markets.  If the stock market completely crashes like 50%, investors will still have trillions in cash.  It will even create a dollar shortage.  But that cash has to go somewhere.  Some, will go to Euros, Swiss Francs, and other ‘money’.  Bitcoin isn’t a percent of a percent of a percent, although certainly money will flow into Bitcoin.  Bitcoin isn’t viable alterantive to major FX currencies simply because of acceptability.  It’s not possible to pay for goods in foreign countries in Bitcoin – but many accept US Dollars.  Until that changes – or until the United States of America ceases to exist as a country (which is probably the only event that could really obliterate FX markets) – then, FX is going to be the only game left in town.  Why?  Because, the US Dollar is supported by bombs.  As long as the US Army has enough gas in their tanks, and munitions in their supply, you can bet dollar markets will function.  Other markets, like real estate, don’t have such protection.  But there’s a good reason for that.  Because all markets DEPEND on FX.  Without a dollar market, the stock market couldn’t exist.  If you want to be Wall St.’s next HFT firm, you first need to fund an account WITH DOLLARS.

So, although many markets teetering on the brink of implosion, FX looking stronger than ever, and until there’s a viable alternative (which considering alternatives, China, Russia, Bitcoin, etc… not a real solid candidate next 20 years) we can expect FX supremacy and US Dollar Hegemony for the long term.  So, if you’re still naive to the realities of FX – now’s a great time to start learning!