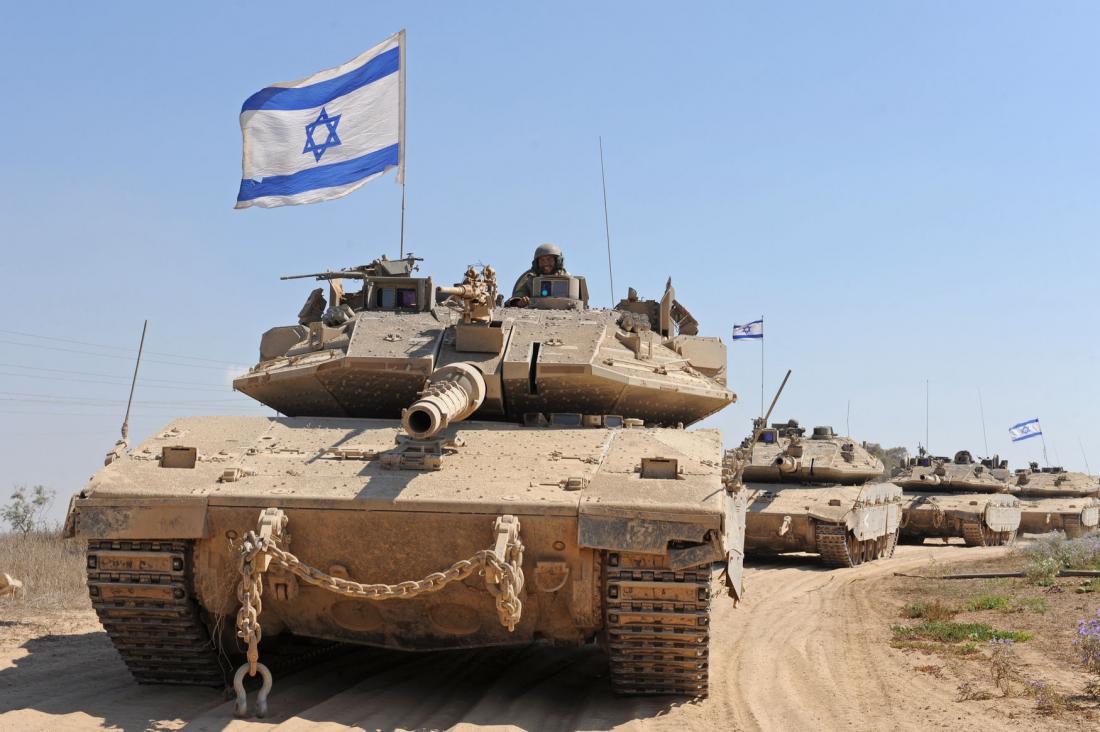 Israeli soldiers wait in Merkava tanks to enter Gaza near the Israel and Hamas controlled Gaza Strip border in southern Israel, August 2, 2014. National Security Adviser Susan rice urged a two-state solution for Israel and Palestine, while announcing a $40-billion military aid package for Israel — the largest amount of U.S. aid ever given to any one country. UPI/Debbie Hill | License Photo

In a speech, Rice was critical of Israeli reluctance to endorse a two-state solution regarding Palestine.

WASHINGTON, June 14 (UPI) — U.S. National Security Adviser Susan Rice said the proposed military aid package to Israel is larger than any the United States has ever offered to any country.

The 10-year aid program would give Israel up to $40 billion to upgrade its military aircraft and missile defense systems, and to defend against militants in Lebanon and the Gaza Strip, and al-Qaida and Islamic State affiliates in Syria and Egypt.

Speaking Monday in Washington to the American Jewish Committee Global Forum, Rice said the pact would “constitute a significant increase in support.”

With $3.1 billion in 2015, Israel is the biggest beneficiary of U.S. foreign aid. Officials from Israel and the United States have said a $4 billion package for 2016 is under consideration. A sticking point in the long-term aid package is the strained relationship and mistrust between President Barack Obama and Israeli Prime Minister Benjamin Netanyahu.

Some of Netanyahu’s advisers, worried about Obama’s replacement, have urged him to accept the U.S. offer soon. They cite Donald Trump‘s indecisiveness on issues, including relations with Israel; Hillary Clinton‘s objections to construction of Israeli settlements in the West Bank, and Bernie Sanders‘ left-leaning influence on Democratic Party politics, leading to the party’s concern over the welfare of Palestinians and exasperation with Israeli occupation policies.

In her address, Rice said: “Israel’s security isn’t a Democratic interest or a Republican interest. It’s an enduring American interest.” She also denounced Israel’s insistence on building communities in the West Bank, saying the ideal approach to “sustainable security for Israel, and to dignity and self-determination for the Palestinians, is two states for two peoples,” a policy the Netanyahu administration opposes.