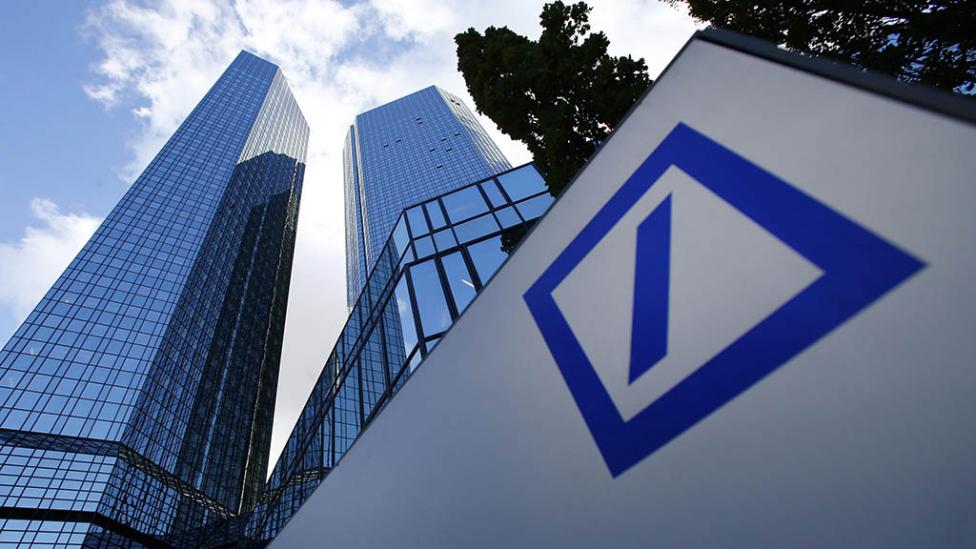 It has already been an abysmal day for Germany’s biggest lender: overnight Deutsche Bank plunged to fresh all time lows on speculation whether the German government would or wouldn’t provide state aid to the bank (if needed), forcing the bank to state it does not need the funds at the same time as the government urged markets that “you can’t compare” Deutsche Bank and that “other” bank, Lehman Brothers, although looking at the chart, one may beg to differ.

However, while DB stock closed at session lows, over 7% lower on the day, with its market cap of $16 billion now rapidly approaching the $14 billion litigation settlement demanded by the DOJ, the bad news did not stop there.

In a report issued an hour ago by Citigroup titled “Capital, Litigation & AT1 Coupon Risks”, bank analyst Andrew Coombs says that Deutsche reported an end-June CET1 ratio of 11.2% pro-forma for the HXB stake sale, but still only targets c11% by end-2016 as further litigation charges are assumed, with management expecting to resolve four of the five major outstanding litigation cases this year. To this Citi says that it “struggles” to see how Deutsche Bank can reach the fully-loaded SREP requirement of 12.25% in the medium-term.

Furthermore Coombs notes that “the leverage ratio, at 3.4%, looks even worse relative to the 4.5% company target by 2018 and an IPO of Postbank looks increasingly challenging to execute upon.”

He then observes that while “management should be reluctant to raise capital with the bank trading on only 0.3x P/TB”, the only viable alternative is to further cut balance sheet, which would be even more detrimental to earnings. As a result, he says that “a rights issue looks inevitable, in our view.”

The most direct implication from this is that the bank’s AT1 coupon is now once again at risk: “Deutsche has confirmed the HXB stake sale and HGB 340 e/g reserves would lift Available Distributable Item (ADI) reserve capacity to €4.3bn versus c€0.4bn of annual AT1 coupon payments. Deutsche can potentially create another €1-2bn from releasing some of its Dividend Blocked Amounts.”

This would explain the ongoing deterioration in the bank’s “loss buffer” contingent convertible bonds.

Ironically, the longer DB waits to address the market’s concerns, not to mention its untenable balance sheet, the worse it will get. Citi’s conclusion is that the bank now faces two “negative feedback loops.”

We highlight two feedback loops: one short-term and one long-term. Widening credit spreads can exacerbate market fears, result in negative press coverage and damage counterparty confidence. The February tender offer for senior debt, coupled with a solid funding and liquidity position, has helped to address this loop. However a longer-term feedback loop still exists. Deutsche needs to raise capital in our view. It may choose to wait until litigation issues have been resolved, but the further the share price falls, the more dilutive a capital raise becomes (and vice versa).

Naturally, all of the above assumes a slow-burn scenario for DB stock. What happens if what happens next is a more aggressive liquidation of exposure? Well, in that case we would have something that the Telegraph’s Matthew Lynn would dub a “German banking crisis.”

Our image of German banks, and the German economy, as completely rock solid is so strong that it takes a lot to persuade us they might be in trouble.

Maybe so, but a “German banking crisis” would certainly delight the Italians, who have been on the receiving end of Germany’s stern lecturing about “sticking to the rules,” not to mention Schauble’s insistence not to engage in state-funded bailouts in this day and age of mandatory bail-ins, and explains why Merkel’s party has been so careful not to admit that a bailout may ultimately be the endgame.

Then again, Merkel’s stated position opens up a can of worms. As Lynn correctly notes, “if the German government does not stand behind the bank, then inevitably all its counter-parties – the other banks and institutions it deals with – are going to start feeling very nervous about trading with it. As we know from 2008, once confidence starts to evaporate, a bank is in big, big trouble. In fact, if Deutsche does go down, it is looking increasingly likely that it will take Merkel with it – and quite possibly the euro as well.”

Even without counterparty risk rearing its ugly head, the market appears to already be pricing it in.

The damage can be seen in its share price. Last October, the shares were at 27 euros. Back in 2007, they were over 100 euros, and even in the spring of 2009, when banks were crashing all across the world, they were still trading at close on 17 euros. For most of this year they have been sliding fast. On Monday, they crashed again, down another 6pc. Its bonds have slumped as well, while the cost of credit default swaps – essentially a way of hedging against a collapse – have jumped. It all has a very 2008 feel to it.

Indeed, but what is Merkel to do: admit that all the posturing about a stable banking system was just a lie, and the demands for Italy to get its house in order were sheer hypocrisy… or do what Allianz admitted that ultimately Deutsche Bank will have to be bailed out?

As Lynn points out, “there is something to be said for a hard-line position. It is hard to be sure the massive bank bail-outs of 2008 were such a great idea. Perhaps we would be better off now if a few had been allowed to fail. That said, Merkel is surely playing with fire. In the markets, investors, along with other financial institutions, have rightly or wrongly come to assume that major banks are, as the saying has it, ‘too big to fail’. You didn’t really have to worry about how solid they were, because if the crunch came the state would always ride to the rescue.”

In Germany, that appears not to be the case – certainly for Deutsche, and possibly for its next biggest player, Commerzbank, which is hardly looking much healthier. Would you want to trade a few billion with Deutsche right now, and would you feel sure you’d get paid next month? Nope, thought not. The risk is that confidence evaporates – and as we know, once that is gone a bank is not long for this world.

To be sure, the politics of a Deutsche rescue would be terrible. Germany, with is Chancellor taking the lead, has set itself up as the guardian of financial responsibility within the euro-zone. Two years ago, it casually let the Greek bank system go to the wall, allowing the cash machines to be closed down as a way of whipping the rebellious Syriza government back into line. This year, there has been an unfolding Italian crisis, as bad debts mount, and yet Germany has insisted on enforcing euro-zone rules that say depositors have to shoulder some of the losses when a bank is in trouble.

And this is why Merkel is cornered: “for Germany to then turn around and say, actually we are bailing out our own bank, while letting everyone else’s fail, looks, to put it mildly, just a little inconsistent. Heck, a few people might even start to wonder if there was one rule for Germany, and another one for the rest. In truth, it would become impossible to maintain a hard-line in Italy, and probably in Greece as well.”

“And yet” Lynn adds, “if Deutsche Bank went down, and the German Government didn’t step in with a rescue, that would be a huge blow to Europe’s largest economy – and the global financial system. No one really knows where the losses would end up, or what the knock-on impact would be. It would almost certainly land a fatal blow to the Italian banking system, and the French and Spanish banks would be next. Even worse, the euro-zone economy, with France and Italy already back at zero growth, and still struggling with the impact of Brexit, is hardly in any shape to withstand a shock of that magnitude.”

What we do know is that if some €42 trillion in derivatives – some three times more than the GDP of the European Union – were to suddenly lose their counterparty, the systemic damage would be unprecedented.

And just like that, Germany finds itself in the same position the Fed and US Government were in September 2008: let the bank fail and deal with the devastating consequences, or inject a few more billion and keep the bank alive for a few more quarters. Indeed, “the politics of a rescue are terrible, but the economics of a collapse are even worse. By ruling out a rescue, she may well have solved the immediate political problem. Yet when the crisis gets worse, as it may do at any moment, it is impossible to believe she will stick to that line. A bailout of some sort will be cobbled together – even if the damage to Merkel’s already fraying reputation for competence will be catastrophic.”

Lynn’s conclusion is spot on:

Merkel is playing a very dangerous game with Deutsche – and one that could easily go badly wrong. If her refusal to sanction a bail-out is responsible for a Deutsche collapse that could easily end her Chancellorship. But if she rescues it, the euro might start to unravel. It is hardly surprising that the markets are watching the relentless decline in its share price with mounting horror.

In retrospect, the irony is delightful: for so many years the markets erroneously focusing only on the periphery as the source of potential banking contagion, when the biggest ticking time bomb in Europe’s banking sector was smack in the middle of what was considered the safest and most stable country, until now…. or as we put it in 2014: “The Elephant In The Room: Deutsche Bank’s $75 Trillion In Derivatives Is 20 Times Greater Than German GDP”