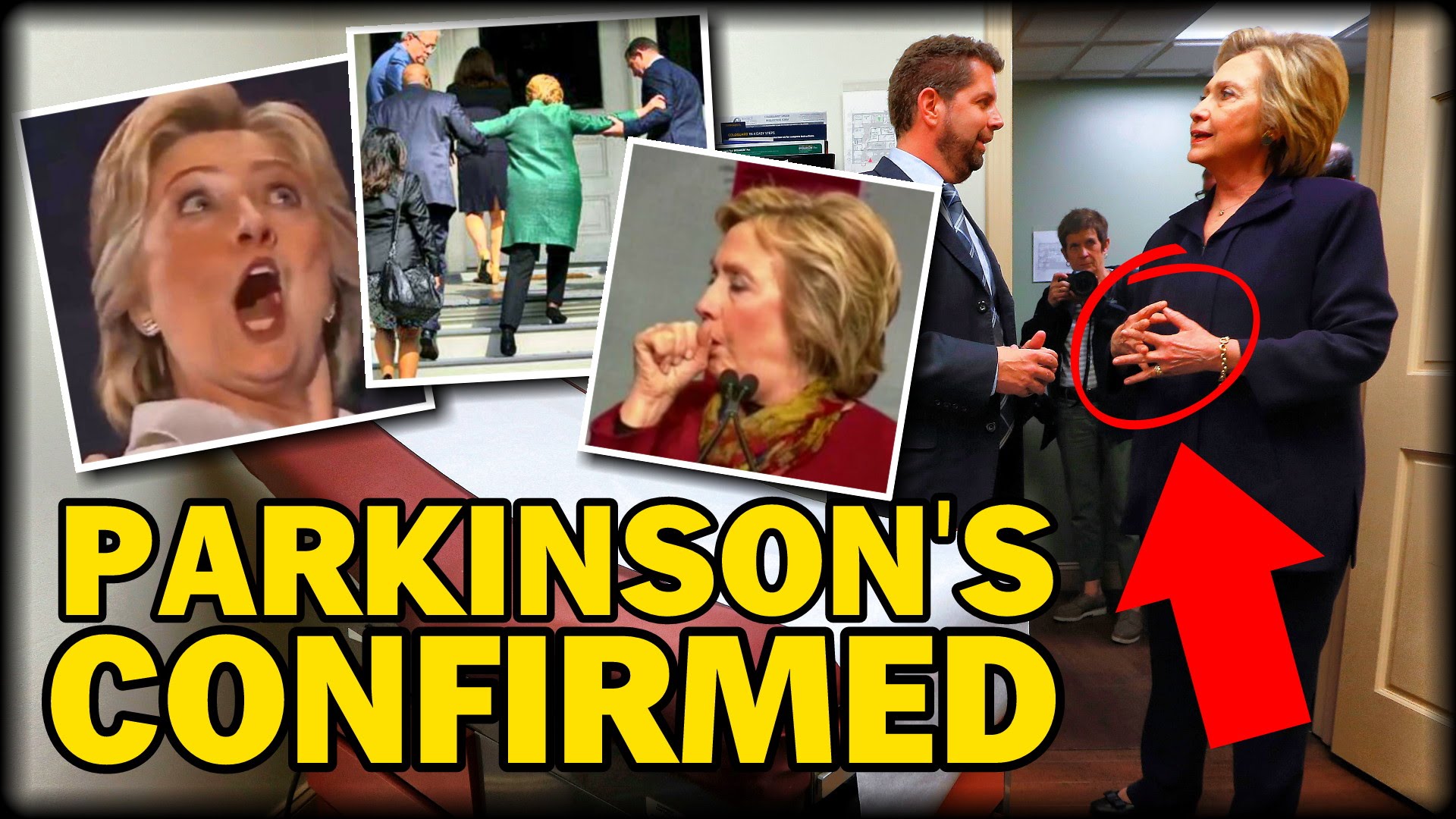 A courageous physician has stepped forward and made an extremely compelling diagnosis about the serious medical condition (actually terminal disease) that Hillary Clinton suffers from.

According to Dr. Ted Noel, a medical doctor who specialized in neurological diseases while he practiced, the most likely diagnosis for Mrs. Clinton is Parkinson’s disease.

The following interview with Gary Franchi of the The Next News Network delineates the many medical components which definitively indicate an advanced evolution of Parkinson’s. Dr. Noel has rendered a medical point-by-point breakdown of Hillary’s major symptoms which constitute a highly probable diagnosis of Parkinson’s.  No matter what her personal doctors say, Hillary has the clear-cut profile and exhibits classic symptoms of a Parkinson’s patient.

“Hillary Clinton’s Parkinson’s Disease is confirmed in this exclusive interview with the doctor who has now gone public. Dr. Ted Noel joins Gary Franchi to examine the facts of Hillary’s critical and debilitating medical crisis. Through Dr. Noel’s astute observations, and relying on over 30 years in the medical field, he has concluded that Hillary Clinton is exhibiting the classic signs that point to Parkinson’s Disease. He has decided to go public with his findings and appears on the Next News Network to deliver you the truth, being kept from the public, about a diagnosis that will keep her out of the Oval Office.”
(Source: The Next News Network)

Given the authority of Dr. Noel’s “working conclusion” that Hillary Clinton has all the symptoms which are indicative of full-blown Parkinson’s disease, it is clear that she will soon be compelled to abdicate her nomination.  She has no other choice at this point.  Now that her plot to withhold critical medical information from the electorate has been found out, she will be forced to withdraw from the race.

The bottom line here is that Hillary R. Clinton is no longer physically fit or psychologically equipped to function as the President of the United States.  She and Bill will never set foot in the White House again.  Just as the Bush Dynasty has met its final fate during this this campaign season never to be heard from again, so, too, will the Clinton Dynasty come to its final conclusion.

For anyone who has ever witnessed the ravages of Parkinson’s disease, they know it is a terrible slow-moving scourge that manifests one trial and tribulation after another. Clearly, Mrs. Clinton has not had the presence of mind to even make the weighty decisions that put her where she presently is.  Our prayers are with Mrs. Clinton during this most challenging period of her life.

The bigger story here is that the mainstream media (MSM) has deliberately aided and abetted Mrs. Clinton in  her many and ongoing attempts to deceive the American people. In fact, President Obama himself is privy to the relevant medical data that would unequivocally disqualify Mrs. Clinton from running for POTUS.  When this conspiracy to perpetrate such a serious fraud on the U.S. citizenry is completely exposed, there will be many in the Democratic Party who will also be culpable of fraud.  Former President Bill Clinton is another accomplice who can no longer be trusted in any way.  Of course, each and every physician who has been in the employ of the Clintons that have perpetuated this deceit is especially guilty of violating their medical code.  Putting an old, frail, extremely sick woman in harm’s way profoundly violates the Hippocratic Oath.

Nevertheless, the very good news is that the Clinton Dynasty is now dead.