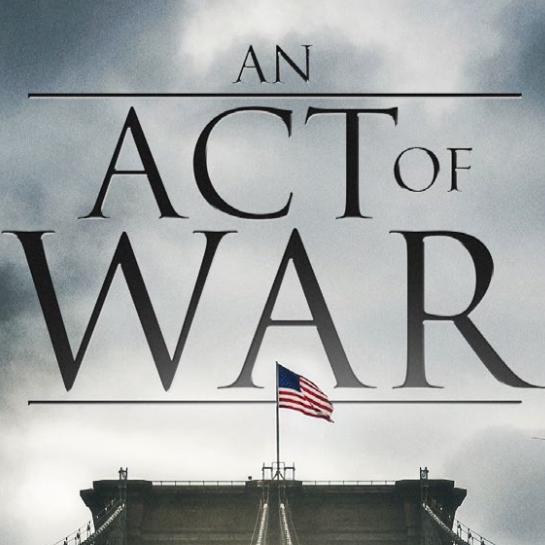 TMR Editor’s Note:
The following article lays bare the true purpose behind the US air assault on the Syrian troops that occurred in direct violation of the recent agreement with Russia.  This very perceptive analysis was posted as a comment below and way too important not too highlight here.

Connecting The Dots Between: NYC Explosion, US War Crime in Syria, Daesh Assault on Deri-Ezzor

Full credit goes to “Lastugro” for accurately connecting the dots.  This is a great example of citizen’s journalism at its finest!

Commander-in-Chief Barack Obama has somehow used his bogus Nobel Peace Prize as a justification to invade any country he so chooses.  His excuse is that he is exporting the American brand of faux democracy to nations that need it.

His administration has demonstrated repeatedly that they can, and will, prosecute unprovoked wars of aggression anytime, anywhere, and anyway they desire.

Syria is only the latest recipient of the death and destruction inflicted by the U.S. military machine.  Much of that nation has been transformed into a dystopian post-apocalyptic wasteland.

Much of the Eastern Hemisphere now refers to the nonstop U.S. militarism as the Juggernaut.  In India a juggernaut is known as a “metaphorical force regarded as mercilessly destructive and unstoppable”. [1]  This is what an ancient juggernaut looks like.  It was essentially a mammoth vehicle that crushed everything in its path. What is it that has empowered this administration to attack foreign nations with absolute impunity?  Why does the leadership of the U.S. Armed Forces believe it can get away with the outright murder of Syrian soldiers who are only protecting their country from ISIS terrorists and ISIL expansion?

The fact of the matter is that the United States of America has just committed another egregious act of war among many naked acts of military aggression in Syria  and beyond.

And no one’s talking about it!

That reality — no one in the American political firmament is even raisng the issue — is the most distressing aspect of the rapidly devolving scenario in Syria.  That the once self-proclaimed global policeman is now committing all the most serious crimes throughout the entire planetary civilization is a development which must be addressed. And yet nobody in the USA (especially inside the Beltway) is challenging the Obama Administration to stop its transparent warmongering.

In fact, the U.S. military has been assuming a more aggressive posture by the week, particularly against those nations which dare to defy Washington.  The whole world now cowers in fear at the sight of the American juggernaut.  It has become notorious for wreaking widespread death and destruction wherever it rolls across the land.

All of these unprovoked acts of military aggression are unequivocal acts of war.  They are all unlawful under the U.S. Constitution, as they also violate U.N. international treaties, agreements and generally accepted standards of conduct.  Simply put, the USA has become a serial war criminal nation that commits crimes against humanity like it’s petty theft.

This particular type of crime spree has been seen twice during the last century.  The pattern of purposeful warmongering is quite similar to the pre World War II days.  The run-up to World War II is especially instructive for what is occurring throughout the Middle East and the Ukraine, as well as the European Union.  Likewise, a very similar set of events transpired in the Northern Levant in the years leading up to World War I.

Clearly, there are forces hard at work attempting to trigger a hot phase of World War III. Russia is obviously, and once again, the target, as it was during both WW1 and 2.  There are very specific reasons why Russia (and Germany) have been targeted by all three world wars (We are currently in the cold phase of World War III.)  As follows:

This geopolitical aim, as a matter of historical fact, is the very reason why Russia was on the right side of history during the two World Wars … and why Germany was on the losing side twice.  Pitting them against each other was a vital component of the NWO execution plan, just as the total destruction of the Middle East is during this Third Millennium under the false pretext of the U.S. Government-sponsored false flag operation conducted on 9/11/01.

The following map depicts the strategy that the neocon warmongers are using to goad Russia into a hot phase of World War III.
(Source: Why have the NWO globalists planned a World War III?) There must be a very good reason why Democratic administrations are always used to start the world wars.  There is no doubt that this is the case after reviewing the history of WW1 and 2, as well as the current warmaking-in-progress for a World War III.

TMR had been seeing the same parallels to the Wilson Administration for some time. Particularly in light of the unrelenting push to World War III by the NWO neocon cabal, it would take a real power couple like Bill and Hillary Clinton to sell war with Russia to the American people.  (More Troubling Evidence That Hillary Clinton Will Start WW3)
REMEMBER:  The Democratic Party is always the party used to sell world war just as they did with Wilson prior to WW1 and Roosevelt for WW2.  They are used in this way because the DEMs are supposed to be the “Peace Party”, therefore, should they involve the USA in a major war ‘there must be a legitimate reason for it’… even though there really isn’t.
Everything speaks to a repeat performance with the Clinton’s for WW3, should she get elected.  Just as President Wilson was severely debilitated during his second term in office, Hillary is already being set up for a serious breakdown (read: Stroke) as her diagnosis of Subcortical vascular dementia clearly indicates.
(Source: Why the same political party always starts the really big wars)

So it’s now transparent that Democratic administrations are methodically utilized to prepare the nation for the world wars, as well as prosecute them throughout their duration. This well explains why the NWO globalists are so determined to shoehorn Hillary R. Clinton into the Oval Office.  Although obvious to the world-at-large that she has absolutely no business anywhere near the White House, she appears to be their golden girl to initiate hostilities against Russia and all nations which are allied through the BRICS alliance.

Hillary Clinton must be defeated.  She must not be permitted to steal this election.  Both she and Bill ought to be arrested and prosecuted for crimes against the state (and humanity) and appropriately sentenced, if not imprisoned for treason for life.

World War III must be averted by every means necessary and all means possible.  This moral imperative can best be accomplished by the American people.  It has never been so critical for the U.S. citizenry to take back their power form those who have stolen it from them … again and again and again (via three World Wars).

Truly, the future of humanity is now at stake, as is the fate of the planet itself.

Just how unhappy is Russia with this purposefully provocative American war crime?

BREAKING:” Russia Walks Out Of UN Meeting Mad At USA”

Hidden Conspiracy Behind the 3 World Wars