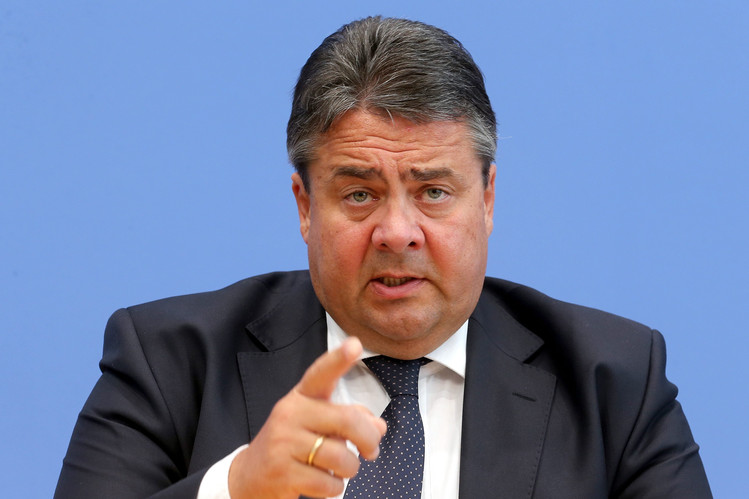 German economy minister Sigmar Gabriel has said that Britain must not be allowed to “keep the nice things” that come with EU membership without taking responsibility for the fallout from Brexit.

As Theresa May called a cabinet meeting to discuss the UK government’s Brexit strategy on Wednesday, Gabriel warned if the issue was badly handled and other member countries followed Britain’s lead, Europe would go “down the drain”.

“Brexit is bad but it won’t hurt us as much economically as some fear – it’s more of a psychological problem and it’s a huge problem politically,” he told a news conference.

Analysis One month on, what has been the impact of the Brexit vote so far?

It is a month since Britain voted to leave the European Union. What difference has it made to our economy and society so far?

The world now regarded Europe as an unstable continent, said Gabriel, who is the deputy to chancellor Angela Merkel in Germany’s governing coalition.

“If we organise Brexit in the wrong way, then we’ll be in deep trouble, so now we need to make sure that we don’t allow Britain to keep the nice things, so to speak, related to Europe while taking no responsibility,” Gabriel said.

Since Britain’s 23 June referendum vote to leave the European Union, all eyes have been on Germany to indicate a way out of danger for the 27 members who will remain.

In an interview with German broadcaster ARD on Sunday, Merkel said: “We all agree in the European Union that Britain’s exit, the result of the referendum, has a big impact.

“Rather than rushing into activities, we should perhaps first take time to think about what we, as the 27 countries, must do better,” she said, adding that this was the direction that talks with partner countries were going in.

On Wednesday, Merkel said remaining member states must listen to each other carefully and avoid rushing into policy decisions.

“If you do it wrong from the beginning and you don’t listen – and act just for the sake of acting – then you can make many mistakes,” the conservative German leader said.

Merkel has met a number of other European leaders during the past week to prepare the ground for a 16 September EU summit in Bratislava aimed at shoring up the battered bloc.

A British government spokesman said in mid-August that prime minister Theresa May will not begin formal divorce talks with the EU before the end of the year.

EU leaders are refusing to countenance a “Europe a la carte” by letting Britain select the parts of its future relationship that it may like, such as access to the bloc’s single market of 500 million consumers, while dispensing with EU principles such as the free movement of people.