Turkey Threatens To Reopen The Refugee Floodgates To Europe 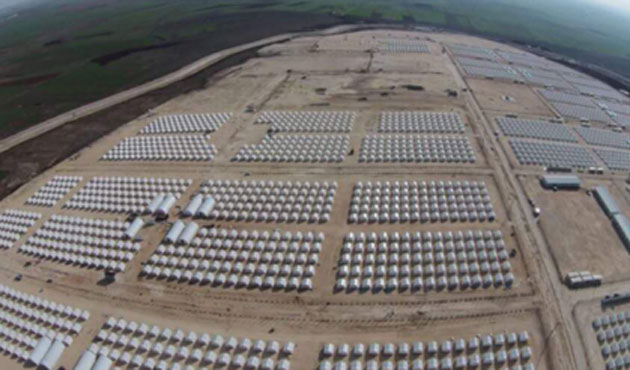 Even if you’ve only been paying a superficial amount of attention to the European refugee crisis, you’ll be aware of the fact that earlier this year the EU and Turkey agreed to a deal on migrants where in exchange for concessions, Turkey would stem the flow of migrants from its shores. The deal went through and refugee levels from Turkey fell dramatically.

Unfortunately, one major problem with the deal is Turkey’s demand for visa-free travel, something many throughout the EU were intensely against from the beginning, and are even more opposed to now following the Turkish government’s authoritarian crackdown on tens of thousands of its own citizens following last month’s failed coup.

So here we are, less than six months since the deal was agreed to and Turkey is now threatening to end it. This could be a geopolitical event of enormous consequence considering there are an estimated 2 million Syrian refugees in Turkey, many of which are itching to take their chances within the EU.

Turkey could walk away from its promise to stem the flow of illegal migrants to Europe if the European Union fails to grant Turks visa-free travel to the bloc in October, Foreign Minister Mevlut Cavusoglu told a German newspaper.

His comments in Bild’s Monday edition coincide with rising tensions between Ankara and the West that have been exacerbated by the failed coup attempt in Turkey on July 15. Turkey is incensed by what it sees as an insensitive response from Western allies to the failed putsch, in which 240 people were killed.

Long wary of Turkey’s ambitions to join the EU, Europe has been alarmed by the crackdown since the coup, fearing President Tayyip Erdogan is using purges to quash dissent. The unease has relations between Turkey and Austria and Sweden. Ankara has summoned diplomats from both countries to protest what it says are false reports about changes to its child abuse laws.

Asked whether hundreds of thousands of refugees in Turkey would head to Europe if the EU did not grant Turks visa freedom from October, Cavusoglu told Bild: “I don’t want to talk about the worst case scenario – talks with the EU are continuing but it’s clear that we either apply all treaties at the same time or we put them all aside.”

European Commissioner Guenther Oettinger has said he does not see the EU granting Turks visa-free travel this year due to Ankara’s crackdown, which has included the round-up of more than 35,000 over alleged involvement in the coup.

Cavusoglu said the migration deal with the EU stipulated that all Turks would get visa freedom in October, adding: “It can’t be that we implement everything that is good for the EU but that Turkey gets nothing in return.”

This is a very perilous situation, particularly considering how irate so many already are about the crisis as it stands. As we learned from the recent post, Pew Research Survey Points to Widespread Angst About How the EU is Handling the Refugee Crisis:

Disapproval was generally greatest in countries with the highest number of asylum seekers in 2015. For example, 94% of Greeks and 88% of Swedes said they disapprove of how the EU has handled the refugee issue. Sweden received the third highest number of asylum applications in 2015. And while Greece was not the final destination for most refugees in 2015, it was their main point of entry, with about 850,000 arrivals in 2015 alone.

Even in countries with a lower number of asylees, disapproval of the EU’s handling of the refugee issue was widespread, including in France (70%), the UK (70%) and the Netherlands (63%). And in Germany, which had the most asylum applications in 2015, fully two-thirds faulted the EU’s approach to the refugee crisis.