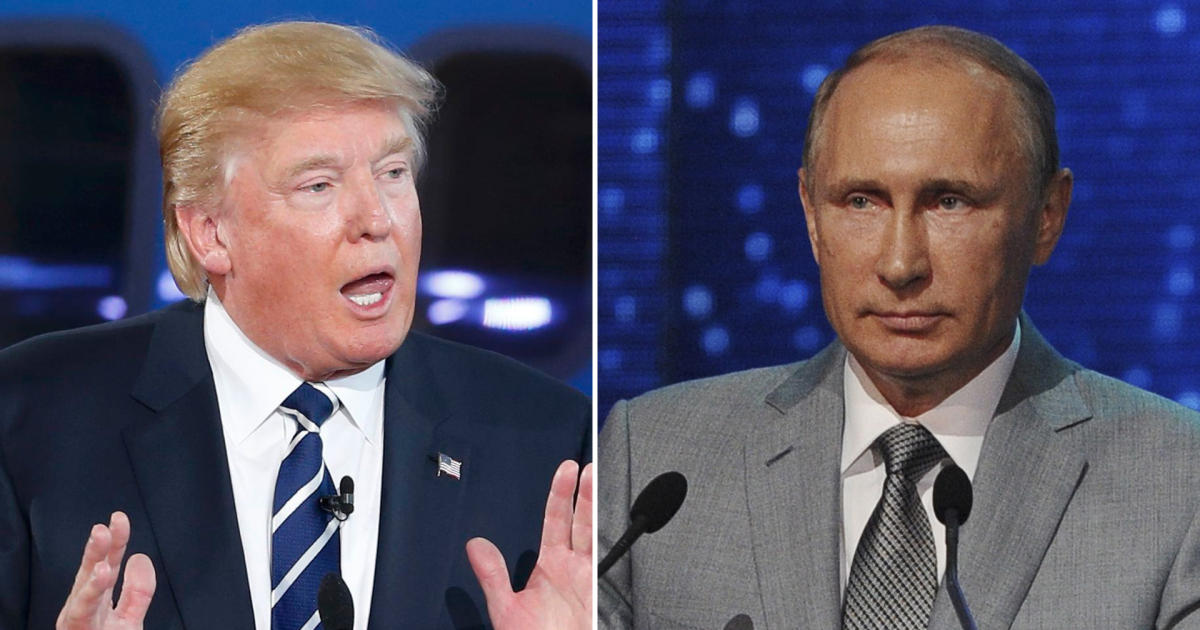 …Why Do Clinton et al. Want War and Conflict?

An Open Letter to Donald Trump

It must be obvious to you that the very essence of Candidate Clinton’s foreign policy is war with Russia.

This highly flawed approach to Russia and their very cooperative President Vladimir Putin is at once supremely arrogant, stunningly ignorant and extremely dangerous.

So why go there?  Why not trust that the American people do not want that war, or any other war that Clinton & Company want to start.

Remember, it is the treasonous Council on Foreign Relations that pushes all of these wars on behalf of their masters, which is essentially an international crime syndicate that makes its money from war profiteering and stealing oil and gas reserves, among many other illicit enterprises that flourish during times of armed conflict.

Mr. Trump, you know perfectly well by now why the Mainstream Media (MSM) has been directed to produce only positive media for you opponent, while they have been coerced to sabotage your candidacy, ruin your reputation and undermine your businesses.

It was Wall Street that destroyed Main Street, and Hillary is their ace in the hole to finish this job that Obama started (with the help of George W. Bush, or course).  The two primary pillars of their plan to destroy the American Republic are maintaining the slow-motion 2nd Great Depression that began in 2008 and continuing the cold phase of World War III as a prelude to a hot phase with Putin’s Russia.

Obama has surreptitiously put all the pieces of the WW3 puzzle into place with the purpose of setting up Clinton to war on Russia.  These folks, as you well know, are clinically insane, psychopathic warmongers.  They think absolutely nothing of murdering hundreds of thousands of people or forcing millions from their lands as war refugees.

What’s the real point of this letter?

The American people are really sick of their bullshit.  No disrespect whatsoever to real bullshit, mind you.  These NWO neoliberal neocons are about one thing—WAR!  And then more war. They’re really crazy, as in clinically insane, so why not treat them as such. Speak directly to the moral sensibilities of the American people, rather than waste time addressing the utter inanity of the Clinton campaign and their prevaricating MSM lackeys.

You, good sir, are a truth teller.  So keep on telling the truth, especially about their warped relationship with and bad attitude toward Russia.  This group from Chicago (both Obama and Clinton) as you probably know have been raised as intractable Russophobes.  Their irrational hatred of all things Russia has been foisted on the body politic for no good reason except for their rapacious desire to rape, pillage and plunder the Russian Motherland.  That’s it!  In a nutshell.

Were the American people to really understand the true intentions of this neocon cabal, they would flip on Clinton in a New York minute.  Were the electorate to become aware that she has been chosen to start WW3 with Russia, they would drop their support in a heartbeat.

The key issue here is that they do not know what her furtive war plans are.  If they knew, they would vacate her campaign outposts across the country.  Not the hardcore Clintonistas, mind you, but the average Democrat who has not a clue about what she is really up to.

The most important point here is that many a US citizen sees President Putin as an honest peace-broker and great leader.  They intuitively know that he operates from a position of strength in that the Russian people stand squarely behind him.  And Americans in general know that his people support him because they know that he is on the right side of history, just as Russia was during World Wars I and II.

In conclusion, we want to impress upon you that you can trust We the People to do the right thing here.  First, you have to trust yourself just as you have all along by making overtures of peace and harmony to Russia.  All of your statements in this regard have been exceedingly constructive and hopeful for all to hear.  The entire world community of nations delights in your gesture of reconciliation with President Putin.

So work it … … … work this peace and prosperity agenda hard every day between now and November 8th with every ounce of energy and authenticity you can muster.  You and Putin are naturally good friends; you are willing partners in peace; and you will cooperate closely together in restoring balance to the international order.  Above all, you intend on relating with mutual respect, genuine concern, and magnanimous statesmanship.

Lastly, may we say that the MSM attacks on you and your campaign staff for having a positive relationship with Russia will only help you.  The people have had enough of this warmongering cabal and their shills throughout the media who hanker for war with Russia.

All of the major MSM news outlets are toast after this campaign season.   You have succeeded in stripping them naked by exposing their false journalism and misleading news reporting.  This has never been done before, as no one was ever brave enough to take them on.

C O N G R A T U L A T I O N S !  We all sincerely commend you for your unwavering courage, your intestinal fortitude and your abiding commitment to the truth.

A Group of Voters from Across the Political Spectrum