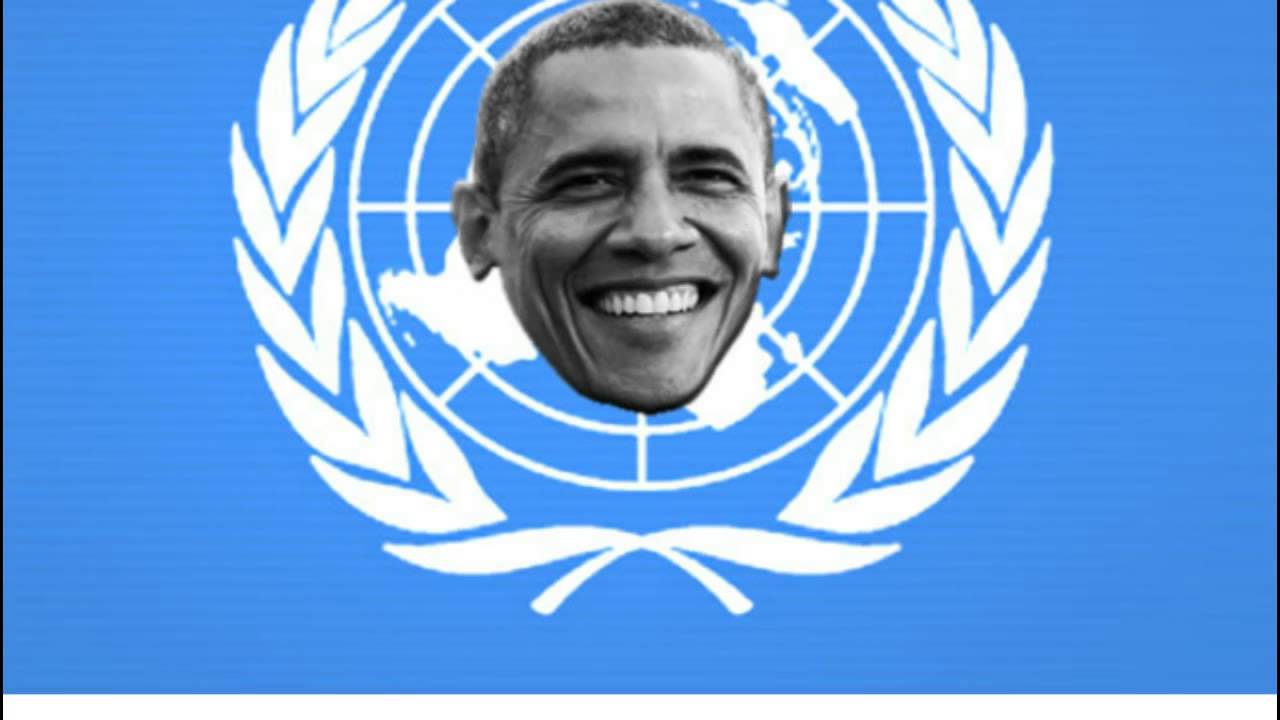 No other Democratic president in U.S. history has avoided and ignored the cataclysmic environmental disasters which occurred on their watch like President Barack Obama.  His shocking lack of engagement, however, is by purposeful design and as a result of serious deliberation.

The Obama Administration fastidiously neglected the 2010 BP Gulf oil spill, the worst manmade environmental catastrophe in North America ever.  Obama actually gave the crime scene over to BP, a transnational supermajor oil company with a long record of environmental criminality.

When Superstorm Sandy hit the East Coast in 2012, Obama left the long arduous recoveries up to the affected states, and barely showed up even once.  Atlantic City was virtually shut down, as were several other towns on the Jersey shore.

Throughout the entire 5 year-long California drought that began in 2011, the Executive Branch failed to even mention the unparalleled calamity, much less take any meaningful initiatives to address it.  Despite the countless negative effects on the greatest agricultural center in the nation, Obama was completely “AWOL” before, during and after the epic drought.

Ditto that for the more recent 2015 SoCal methane gas leak at Aliso Canyon in California. Not only was that natural gas release the worst in the nation’s history, it gravely endangered one of the largest metro populations in the USA.  Where was Obama through it all … out trying to gut the Second Amendment and expand the LGBT agenda everywhere and anyway he could.

Of course, the whole West Coast is grimly aware about how “out to lunch” the U.S. Federal Government has been in the wake of the 2011 Fukushima nuclear disaster.  The FEDs wouldn’t even measure radioactivity anywhere along the coastline so determined were they not to inform the public of any dangerous levels of ionizing radiation.

Then there was the EPA’s direct involvement in the 2015 Gold King Mine waste water spill when again there was “nobody home” in Washington, D.C.  It was like the EPA was not even a part of the US government at the time when those affected the most were begging and clamoring for a response … any kind of response except a false denial.

The 2011 Mississippi river floods that caused $4 billion in damage were as neglected as the current flood-ravaged areas of Louisiana and Mississippi. Which is the very reason for this exposé, because there is something very, very wrong indeed with this picture.

What’s wrong is that the POTUS is quite purposefully avoiding all of these disasters as well as the many calamities that have not been mentioned.  His quite deliberate neglect of each and every one is consistent with the orders given by his overlords not to draw attention to a furtive plot being executed to achieve total world domination.  Truly, Obama is now functioning as some kind of a despot whose only concern is his shallow personal aggrandizement and fabricated political legacy. Like no other natural disaster or manmade catastrophe, the Louisiana floods of August 2016 have outed Obama as a president who not only does not care about these tragic events, he actually sees them as advancing both Agenda 21 and the 2030 Agenda for Sustainable Development.   Yes, on the surface both of these UN global initiatives may sound so worthy and benign.  However, just like Obama’s notorious 2008 slogan — “Hope and Change” — everyone in the know is aware that they both spell certain disaster, each in their own deceptive way.

Who, then, is better at playing presidential pitchman than Obama for these two fraudulent schemes?  The man who promised unity and only sowed seeds of discord and division was installed specifically to promote Agenda 21 and the 2030 Agenda.  Both of these NWO endeavors are integral toward establishing a One World Government of which Obama is often seen as the eventual head.  Many geopolitical analysts have even postulated that he will be selected as the UN Secretary General at some point in the future, so programmed is he to lead the unfoldment of the New World Order agenda.

The floods in Louisiana have proven to be a defining moment for Obama, particularly because of his bashing of President George W. Bush in the aftermath of Hurricane Katrina. There was no other US Senator as vituperative in their criticism of Bush at that time.  And now the whole country just witnessed Obama on vacation and unwilling to break free to visit the people of Louisiana for even a day.  Yes, he finally did make it there, but only to say that it was not the photo-op that it turned out exactly to be.

Somehow it took the American people nearly 8 long tortuous years to come to grips with Obama’s gross irresponsibility and criminal negligence.  Democratic presidents usually are not so transparently heartless and downright cruel as he has repeatedly demonstrated. The residents of Louisiana have certainly gotten yet another crash course in just how neglectful the federal government can be.  Always in their moment of greatest need does the White House, as it sits high and dry, treat the whole state as though they were pesky and unwanted stepchildren.

Obama has perfected this art of dissing whereby only a very few really understand that it reflects a purposeful and deliberate negligence in the interest of the implementation of Agenda 21 throughout the Southern states.  Yes, there are elements in the North that are still fighting the Civil War.  That’s why Katrina, Wilma and Rita occurred in one hurricane season and the Gulf oil spill happened precisely where it did.

Obama has also been a big promoter of manmade Global Warming

Chemical geoengineering has seen a significant increase in the number of operations, as well as a dramatic intensification of the chemtrail spraying nationwide since the day he took office.  It’s as though the World Shadow Government knows that their Manchurian Candidate will execute any misguided plan they give to him.  They own him lock, stock and barrel, and know that he must follow their every directive.  Hence, there has been a sharp uptick in spraying chemtrail aerosols in all 50 states since the day he first took office in January of 2009. This covert military enterprise known as Operation Indigo Skyfold has added a tremendous amount of chemically-mobile aluminum to the skies across the country.  In so doing atmospheric H2O is produced at extraordinarily high rates thereby creating historic floods throughout in the lower 48 states and around the world.  Because of the sustained increase of carbon dioxide in the atmosphere, conditions are always ripe for catastrophic rain events to occur much more often and more voluminously.  Welcome to Louisiana, already the highest precipitation state in the union!

The current and very real Global Warming scenario and scam, therefore, have in fact been created by human activity—geoengineering activity.  What the geoengineers neglected to tell the incurious U.S. citizenry is that chemical geoengineering in tandem with HAARP-conveyed frequencies are the primary cause of climate change.  The major anthropogenic component by far of Global Climate Change, then, is geoegineering via massive chemtrailing operations being conducted across the planet 24/7.

Surely, Obama would never acknowledge such an unlawful polluting of America’s skies with dangerous toxins and known contaminants.  He also knows that the meticulously geoengineered Global Warming crisis is pushing the world community of nations to coalesce around an [ORGANIZED] global initiative to arrest it.  This is where the NWO’s One World Government comes into play initially as a taxation authority and enforcement arm to police carbon emissions.  Just like the European Union was stealthily put into place without the explicit approval of the people, so, too, is a Global CO2 ‘Management’ Regime.

Barack Hussein Obama is guilty of the most serious transgressions that the President of the United States of America can commit against the American people.  He has shirked the most basic duties of his high office by not responding to some of the most destructive and deadly disasters in U.S. history.  The worst of these ongoing disasters is the daily and covert chemical geoengineering of skies across the country.

By permitting such slow-motion climate chaos to manifest, the POTUS is surreptitiously advancing the UN agendas.  The multifarious consequences of this unspoken government policy are at once profound, pervasive and pernicious.  For example there are various public health disasters which are directly related to this illicit and extremely harmful spraying.  Not only is the ambient environment now permeated with chemically-mobile aluminum, the food, water and human body are as well.  The epidemic of neurological diseases and especially early-onset Dementia, Alzheimer’s disease, Parkinson’s disease, ADD and ADHD are all a function of the bio-accumulation of aluminum in the brain.

The macro effects of the steady outworking of Agenda 21 and the 2030 Agenda are likewise quite adverse and numerous.  The bottom line is that nations and sovereign states everywhere are being forced to cede their national sovereignty to global organizations and transnational corporations over which they exert no influence.  Similarly, countries have routinely witnessed the usurpation of their territorial integrity by the very same supranational entities. Once President Obama coerced the Congress to grant him the powers invested by the TPA (Trade Promotion Authority), he has attempted to ram through the highly oppressive TPP and TTIP, as well as TISA.  Both the Trans Pacific Partnership (TPP) and Transatlantic Trade and Investment Partnership (TTIP) were created to usurp and over-ride the United States Government in the weighty matters of global commerce and trade. The Trade in Services Agreement (TISA) was also negotiated in secret, the terms of which have been difficult to ascertain.  All three of these international treaties represent critical developments toward the establishment of a One World Government.

In light of the import of these revelations perhaps the people of Louisiana can once again find consolation in knowing that their collective adversity has greatly assisted in the waking up of the multitudes to understanding the true causes of their plight.  After all, the plight of the masses worldwide is no different than the current predicament of those who reside in the flooded areas of Louisiana.