One of the 20th Century’s great mysteries is what happened to Imperial Russia’s gold reserves following the Wall Street-financed coup in 1917 that overthrew the Tsarist government. This coup is known wrongly as the Russian Revolution. At the outbreak of World War One the gold reserves of Imperial Russia were by far the largest in the world. Leaving aside Russia’s priceless arts likewise looted and sent abroad the gold in Russia’s vaults weighed 1,311 tonnes. At today’s value the stolen bullion’s value is $60 billion. Gold reserves that fell into the hands of the Bolsheviks totalled considerably more at 1.101 million rubles. After signing the Treaty of Brest-Litovsk, German bankers asked Lenin to hand over part of Russian gold. Such is the sensitivity surrounding the Russian gold reserve’s eventual destination that there is virtually no mention of its fate in the English language.

Some of the cache can be in part accounted for. Between 1914 ~ 1917 about one-third of Imperia’s Russia’s gold reserves were shipped to Canada and the UK for ‘temporary storage’. These were used as guarantor of British loans to purchase military equipment at vastly inflated prices. It is estimated that half the remaining gold was shipped from Petrograd (St Petersburg) to Nizhny Novgorod and Kazan, Tatarstan where Asia meets Europe.

On September 4, 1918 Wall Street’s Bolsheviks were in control of Moscow, The bullion in Nizhny Novgorod was ordered back to Moscow. On September 9, 1918, the first 5808 bars of gold (97 tons) was packed in wooden boxes. Secured by Latvian guards they were then sent by train to Moscow and then to Orsha. The remaining gold was sent to Berlin. There, the shipment was received by representatives of the Reichsbank and various uniformed officials. These included the Jewish Soviet diplomat Adolf Abramovich Joffe and also representatives of the bank of Mendelssohn and Co. 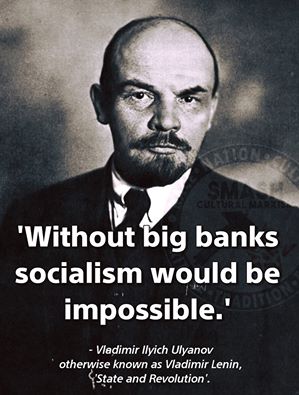 On October 11, 1918 gold weighing 3,125 kilograms was sent to Berlin. This was part payment of bank loans that facilitated the sealed train (Plombierten Wagen) that was used to transport Lenin and other insurgents on their mission to overthrow the Tsarist government. Also shipped to Vyacheslav Menzhinsky the Consul General in Berlin  was the looted 34.5 million rubles in gold and banknotes. So much for the workers revolution destined to cost 70 to 100 million lives over the following 70 years.

The railway wagons loaded with plundered Russian gold was received by Commissioner Yakov Ganetsky (Jakub Fürstenberg). By happy coincidence he was a close associate of the Jewish criminal banker Alexander Parvus who was now representative of Swedish banking house Mendelssohn and Co.

On November 13 the Central Executive Committee of the Communist Party after having brought revolution to post-war Germany in 1918 adopted a decision to annul their Brest-Litovsk Treaty obligations relating to the payment of indemnity. The looted Russian gold bullion was now transferred to the Bank of France, British and U.S banking houses an was lost to Russia forever.

Otherwise, more than 500 tonnes of Russian gold reserves were shipped to the city of Nizhny Novgorod. The city was soon at risk of falling into the hands of the White Armies. To avoid the gold’s seizure by the armies opposed to the Bolsheviks the gold was prepared for evacuation. In their haste the Bolsheviks were only able to grab 4.6 tonnes of gold that was packed in 100 boxes. The abandoned gold did indeed fall into the hands of the White Armies under the command of General Vladimir Kappel.

These liberated 505 tonnes of gold reserves finally made their way to relative safety in Omsk. There they were deposited with the White Army government of anti-Bolshevik Admiral Aleksandr Kolchak. This treasure was essential for the continuation of the White Army’s resistance to the Western banks’ attempt to seize Imperial Russia. Admiral Kolchak’s reserves were considerable but a pittance when set against the bottomless cache of Wall Street, German, British and French Jewish-controlled banks. John Schiff, grandson of German-Jew banker Jacob Schiff conceded that his grandfather ‘has sunk about $20,000,000 for the final triumph of Bolshevism in Russia’. The Jewish owned banking world in the U.S, Britain, France and Germany had invested heavily in the so called workers revolution.

The gold reserves now held by the White Army leader were sought after by Bolsheviks and their Czech army allies. On October 31, 1919 Admiral Kolchak’s gold bullion was shipped on 40 train wagons to Irkutsk in Siberia. They were desperate times with a rapidly shifting front.  The Trans-Siberian Railway was at some points guarded by Czech troops. The gold bullion during transit fell into the hands of the Czechs whose good fortune was not to last long. The triumphant Red Army handed the gold’s Czech captors a measly 409 million rubles (total was 409,625,870 gold rubles).  The Czech armies were then told to get out of Bolshevik Russia by ship or by casket. From December 1919, the Czechoslovak Legion evacuated Russia through Vladivostok on a fleet of 42 ships. Aboard the fleet were 72,644 Czechs who were ferried to Europe from Vladivostok.

The loss to Admiral Kolchak of Russia’s 235.6 million rubles was due entirely to their being betrayed by France and the Czechs. The Bolsheviks apparent good fortune  was not too great as in some of the seized boxes were discovered bricks and stones. Dilemma, how does one repay Wall Street banks with bricks and stones? The Bolsheviks did however ship what Russian gold they had seized to banks in Germany, France and the United States.

As for anyone who does not know that the present revolutionary movement is Jewish in Russia, I can only say that he must be a man who is taken in by the suppression of our despicable Press.” – Hilaire Belloc. G.

Mystery surrounds precisely how much of Imperial Russia’s gold reserves ended up in Western banks. We do know that 236,000,000 rubles is ‘unaccounted for’. According to current research the looted reserves were transferred to the accounts of Russian financial agents in different countries.

White Army Supreme Ruler of Imperial Russia’s Admiral Kolchak fate is poignant. He and his White Armies were betrayed by France. French banks were a major beneficiary of the seized Russian gold bullion. France also requisitioned Imperial Russia’s vast fleet of ships before sending Russia’s exiles into exile and penury. Thus, thanks to the duplicitous Bolsheviks, primarily in this instance headed by Jewish gangster and killer Zinovy Sverdlov (Peshkov), who was brother of Yakov (Jacob) Sverdlov, Imperial Russia’s gold reserves eventually found their way into Jewish-owned banks in Europe and the United States.

According to world recognised expert Anthony C. Sutton, gold was the only means by which the Soviet Union could pay its foreign-sourced purchases. International bankers were willing to facilitate Soviet gold shipments from as early as 1920. In August 1920, a shipment of Russian gold coins was received at the Den Norske Handels Bank in Norway. The coins were examined and after being weighed were found to have been minted before the outbreak of war in 1914. They were genuine Imperial Russian coins. The Robert Dollar Company of San Francisco received gold bars valued at thirty-nine million Swedish kroner each bearing the stamp of the old Tsar Government of Russia.

The superintendent of the New York Assay Office informed the U.S Treasury that the approximately seven million dollars of gold had no identifying marks and that “the bars deposited have already been melted in United States mint bars.”

It was determined at a later date that Soviet gold was also being sent to the Swedish mint. The Swedish mint “melts Russian gold, assays it and affixes the Swedish mint stamp at the request of Swedish banks or other Swedish subjects owing the gold.”

Imperial Russia from 1721 ~ 1917 was so powerful that it was the only empire to ever span three continents, Europe, Asia and America. Only the British and Mongol invasions commanded a greater landmass. Throughout this period Imperial Russia amassed much of the world’s wealth in gold bullion and art treasures, natural resources and national assets. Between 1917 and 1922 all Imperial Russia’s wealth was lost due to Jewish-owned or controlled banks investment in Bolshevism. The Russian peoples never benefited from this re-distribution of their looted empire’s wealth. All ended up in Jewish-controlled banks scattered throughout Europe and the U.S.

In 1936 we proved by means of a whole series of astounding statistics that in Russia today more than 98% of the leading positions are occupied by Jews…. Who were the leaders in our Bavarian Workers Republic? Who were the leaders of the Spartacist Movement? Who were the real leaders and financiers of the Communist Party? Jews, every one of them. The position was the same in Hungary and in the Red parts of Spain.” ~ Adolf Hitler, September 1937.