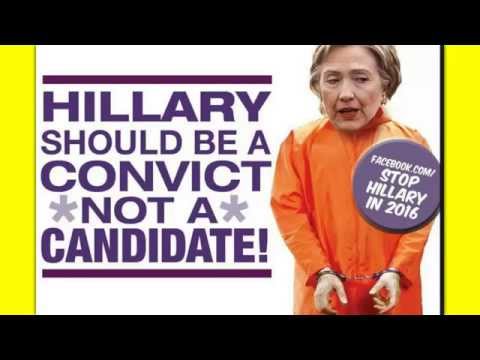 An Open Letter to Registered Democrats

From a Group of Very Concerned and Former Democratic Voters, Activists and Donors

The United States of America has reached an extremely critical point in its history.

The countless and serious mistakes committed by the U.S. Federal Government — both at home and abroad — are now so many that there is no more wiggle room.

Nearly eight years of Obama have profoundly divided this nation as no other Administration since the founding of the American Republic.

The U.S. Government is now looked upon by the world community of nations as a truly malevolent force.  The Department of State, under the leadership of Secretary of State Hillary Clinton, pushed the entire Middle East into a regional conflagration.

If you haven’t figured it out by now Candidate Clinton is an inveterate warmonger.  The whole Arab Spring occurred as a result of the CIA and State working in tandem to bring revolution and civil war to every country in the Mideast that the Obama Administration targeted.  The primary executioner of this disastrous foreign policy was SOS Hillary Clinton.

Libya, Syria, Iraq, Palestine, now lay in ruins.  When viewed together, they resemble a dystopian, post-apocalyptic wasteland.  Ms. Clinton was directly responsible for creating much of this war mayhem.  In the aftermath of the brutal assassination by agents of the USA of Libyan leader Muammar Gaddafi, she uttered the following words.

(Source: “We Came, We Saw, He Died” – Revisiting The Incredible Disaster That Is Libya)

What’s the real point here?  Why are we really writing to you?

Because Ms. Clinton is the war candidate of 2016, she will most assuredly bring war to the world should she be elected.  That is precisely why she is being backed by Wall Street and Corporate America.  The banksters and corporate class know that only a World War III can reverse the unrelenting Second Global Depression that the mainstream media refuses to write about.  And Ms. Clinton is their chosen inside woman to make sure it happens.

Now here’s why we’re really writing to you.

The explicit purpose of this letter is to inform you that, IF YOU VOTE FOR
Hillary Clinton, you are voting for a stone-cold, incorrigible warmonger.  Many of us former Democratic donors and activists firmly believe that she is a pathological liar who is only fit to serve a quite lengthy prison sentence.  What follows is a photo of her handiwork in Syria. There are thousands of other images which capture the death and destruction brought about by the actions of former SOS Clinton that are far worse than this one.  The Internet has countless photos which portray the absolutely terrible state of affairs previously, and presently, in Syria, Libya, Iraq, Palestine, as well as in other areas of the Mideast region.

The crucial point being made is that if you vote for Hillary Clinton you are supporting her warmongering.  You are supporting the death and destruction that she will inflict upon countries around the globe, as she has already done.  By supporting her in these war-making endeavors, you yourself become responsible for them.  That’s right — if you assist a known warmonger attain high office, you WILL inherit the extremely negative karma that goes along with it.

This is called bad karma.  You, the voter, in support of the warmonger, are taking on the worst kind of karma for her actions should she win and become the POTUS.  You support her, you receive the fruits of her actions; it’s that simple.

Reality Check:
Look it, convicted or not by the courts, Hillary Clinton is a stone-cold, hardened, career criminal. Her crime spree may have begun with her being fired from the Watergate Committee in 1974 for attempting to deprive President Richard Nixon of legal counsel during the proceedings. However, this is the least of what she, herself, has either perpetrated or conspired to criminally commit throughout the course of her career.

A case in point is the recent resignation of the treacherous DNC Chair Debbie Wasserman Schultz.  Both she and Clinton conspired to steal the Democratic nomination from Bernie Sanders, which they did.  The amount and degree of sheer criminal activity which went into this endeavor is breath-taking.  Nonetheless, she thinks nothing of the matter, even going so far as to have her campaign hire Wasserman Schultz.

Again, however, if the Democrat voter really wants to understand the depth and breadth of Ms. Clinton’s crime wave, please click on the following link to just read the headlines.

Why would anybody ever want to take on so much bad karma for a woman who only cares about her own self-aggrandizement, attainment of raw political power and the ill-gotten financial gains which accrue with so such malfeasance?

More importantly, why would a real Democrat ever vote into office a woman who has betrayed the American people in the most profound and fundamental ways.  Her betrayal of foreign countries as the Secretary of State was even more devastating to entire nations.

Lastly, may we say that the Clintons represent a political dynasty much like the Bush Dynasty which the Republicans decisively rejected this year.  Little did the vast majority of Democrat voters understand that this is the year to throw them all out, particularly criminal career politicos like Hillary and Bill Clinton.  People of this ilk will only bring rack and ruin to America, as well as death and destruction to the world community of nations.

Is that what you really want your vote to count for?!  Is this what you will consent to during this 2016 presidential election cycle?

A Group of Former Registered Democrats

P.S. Ever wonder why a whole nation of people gets walloped with one catastrophe after another, one calamity after another?  Ever wonder why a region of a continent finds itself under an onslaught of relentless series of natural disasters?    It’s known as collective karma. Those unfortunate folks have assembled in those locations specifically to receive their just desserts. Many of them most assuredly supported ill-intentioned leaders in the past who brought ruin to people somewhere on planet Earth.