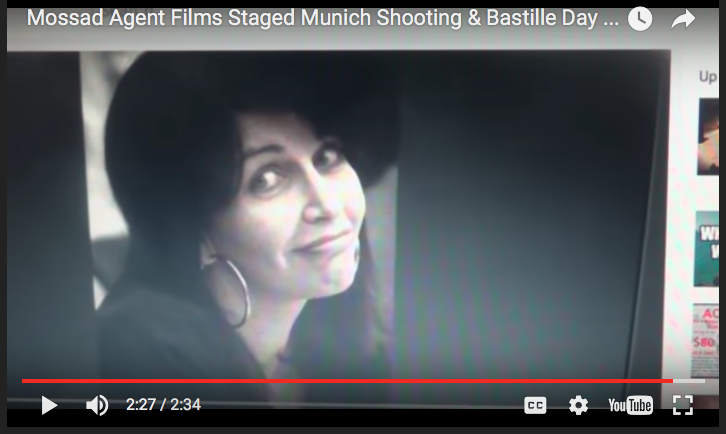 It can’t get more obvious than this, Sheep. I’ve already posted this scumbag filming the super-slo-mo truck from the Westminster Hotel in Nice, I’ve got his whore Zionist wife in another post, and I have this scumbag pretending he’s James Bond in yet another post. Search this blog for ‘gutjahr’ to see the previous posts. Thanks to Dragon for giving me the heads up!

Wilf is a member of Ehud Barak’s breakaway HaAtzma’ut or Independence Faction in the 18th Kenesset. She served as a lieutenant with the IDF’s ‘Shmoneh Ma’atayim’ or Unit 8-200 in signals intelligence and decryption, holds a BA in Government and Fine Arts from Harvard University an MBA from SEAD in France and a PhD in Political Science from Cambridge University. She was a foreign policy adviser to Vice Prime Minister Shimon Peres. She replaced MK Ophir Pines-Paz as the 13th member of the Labor faction of 2009. MK Wilf has found herself at the center of controversy over Ehud Barak’s recent decision to break from the Labor Party.