1,500 Soldiers Under Seige! US Defense Sec – Too Expensive to Evacuate Incirlik 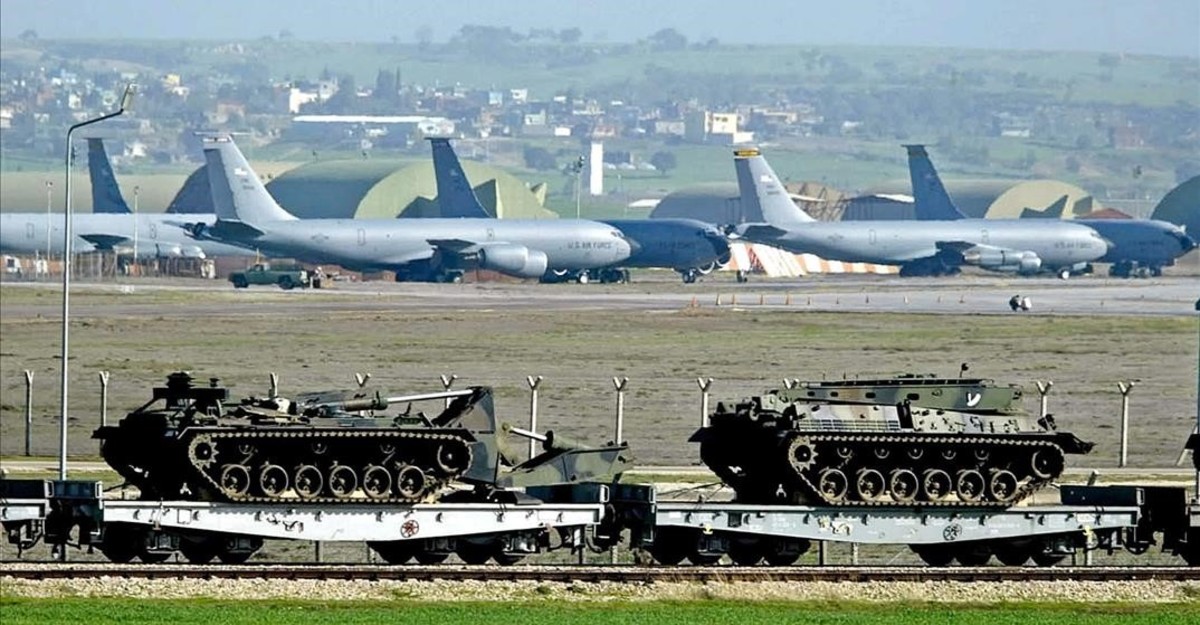 1,500 Soldiers Under Seige! US Defense Sec – Too Expensive to Evacuate Incirlik

The massive story that everyone should be focused on is the exposure of the fact that the Turkish government has gathered evidence that The US government, the CIA, the US military and NATO were involved with the coup attempt. This is a huge story and will be extremely embarrassing for the US government. It will affect the membership of Turkey in NATO.

The troops at the US base in Incirlik are at the highest alert. They are unable to leave the base because the Turkish government has shut down all gates to the bases and are not allowing anyone in or out of the base. They have also shut down the electricity to the base. There are at least 50, and possibly up to 90 nuclear weapons on the base. No one knows if the Turkish army will try to attack the base, or if that happens if the US government will intervene. It is a very precarious situation and there are few easy options out of this mess. This may precipitate a global financial and economy disruption in the next few weeks.

To make matters worse Russia and Putin have reached out to Turkey, and Erdogan has responded very favorably. The relations between those two countries were at the worst they have been in years, and now it has suddenly reversed itself. Erdogan is acting as if he is the good guy now and has seen the error in his ways and will now take another course. This is how he is trying to survive. He was caught months ago with trafficking stolen oil from Syria to the tune of $ billions. The Russians exposed that plot, bombed all the truck routes, and as far as I know there are no more trucks with oil going to Turkey, and the oil wells have been recaptured by Syria.

The main issue at this time that everyone should be concerned about is the safety of our troops on the bases in Turkey. The US government is no doubt in some kind of negotiations with Turkey at this time for the safety of our troops so they can evacuate. This has deteriorated to a point that even having them remain, or NATO being in Turkey is out of the question. Turkish troops have the bases surrounded, along with thousands of Turkish citizens watching and protesting the presence of US forces in Turkey. Nearly 300 Turkish citizens died in this coup attempt, they are enraged and wanting revenge.

I will send more reports as I get them. George Eaton

Was Israel Mossad and US CIA behind Turkey Coup NUKES INVOLVED

~~US Defense Sec: “It is too expensive to evacuate Incirlik”

The ongoing information coming from Turkey is coming in hot and heavy right now. It is difficult to get good, accurate reports, but so far we are seeing the big view of what is going on. It appears that this is a repeat of the Benghazi tragedy. 1,500 US soldiers are being held in a base. They are running out of food. The electricity has been cut off. I have read real reports from relatives of the soldiers describing the situation, and how they are suffering without air conditioning. They have kicked out windows and doors to ventilation. Many of the troops have cut back to one meal a day to make the food last as long as possible. When the officers on the base asked the defense department for help to evacuate or be rescued they were told by Ash Carter that “It is too expensive”. Obama is denying any US involvement in the coup, but the evidence reveals the opposite is true. The players in this coup have been identified and the ones in Turkey have been  arrested. They are probably now singing like a bird and detailing how they were bribed to take part in the coup. One researcher actual discovered a secret twitter account  that was used by the plotters. In that account they discovered an emblem that was connected with NATO. This was described in a video. Along with the information Turkey has on the coup plot – that is the smoking gun evidence. I will send out more information as it comes available. By the way, a person that had all the phone numbers on the base tried for hours recently and was unable to get an answer.