Russia as the Last Obstacle to Global Planetary Genocide 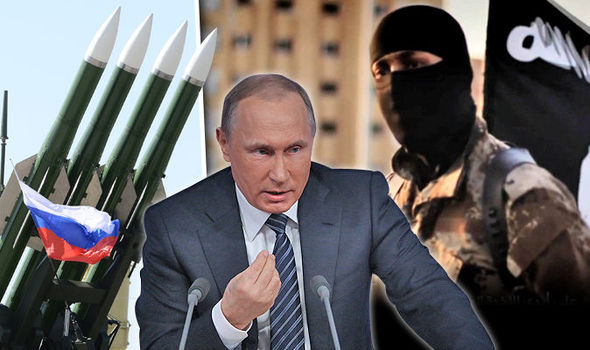 Russia as the Last Obstacle to Global Planetary Genocide

Most of humanity will shortly become superfluous to needs. How can Russia help?

The author is prominent political consultant who has worked with leading Russian and Ukrainian politicians.  He is also a medical doctor and a member of the Alexander Zinoviev Club at the International News Agency “Rossiya Segodnya”.

Alexander Zinoviev said and wrote that the West led by the United States fights for the establishment of a unified world order. This is the social essence of globalization. Many people naively believe that there is nothing wrong with this process, and even that the new order could be more humane and fair.

Suffice it to see how the problem of employment is being solved to realize the elusiveness of such hopes. Instead of well-being, we have ecological genocide. Russia must find its own solution for engaging people in the future, independent of any imposed global order.

Only 200 years ago, in order to put roofs over our heads, food on the table, clothes on our backs and shoes on our feet, about 80% of the population had to be involved in agricultural and industrial production. Today, 2% suffices. The process of eliminating people from production is gaining momentum. People are not needed, not only in automated and robotic factories: drivers, doctors, teachers, waiters, cooks, etc. are in the medium-term elimination queue.

In the next 5-15 years we can expect all cars to become self-driving: cheap, safe and convenient. Today, autopilots handle aircraft so well that pilots are mostly autopilot operators. Many are no longer trained to land an aircraft manually in emergencies, as confirmed by recent disasters. Soon, autopilot programs will be so effective that emergency situations would cease to exist and the operator in the cabin will become a redundant, even unsafe element of the system, to be removed.

Modern diagnostic techniques in combination with “artificial intelligence” successfully compete with humans in diagnosis and choice of appropriate medical treatment. The process is accelerated by the fact that today these are rigidly standardized. The number of medical jobs requiring humans will decline sharply.

At a time when a lecture by an expert can be delivered to the personal computers or phones of hundreds of millions of people, teaching staff can also be substantially reduced. Standard assignments and tests, automated multiple-choice tests require fewer classroom teachers. It makes little sense to go to school when all learning activities can be carried out over the net.

I can continue the list of professionals destined to be reduced, but just note that the activities of people still needed in these areas, will become less complex.

There is nothing new in all this. People have always been eliminated from traditional industries as technology has developed. Those eliminated were only partly employed in new new jobs as younger generations came up. Today, the capacity to accommodate more workers in new sectors is still not comparable to traditional sectors. Of course someone has to design and build all these systems of “artificial intelligence”, robots, automated factories, etc. But in fact, the number of jobs for developers, designers, programmers worldwide is not as great as we would like it to be. In the current world economy, even the demand for developers is limited. Consumers change their phones every year, their cars every three, hence less need for innovators.

Stimulating consumption is no solution either. First of all, people cannot eat and drink more. You could inflate the consumption of gadgets and other modern devices (and it is being inflated), but automated plants easily cover world demand for these products. People are hardly needed in modern manufacturing. Software and other content for these new devices is easily replicated a billion times, meaning that neither over-stimulation nor new production can significantly increase the demand for workers. Some estimate that the current development level of production worldwide, including design, can be carried out by 100-140 million people – and that’s today. What about tomorrow?

The current increase in employment is mainly due to the growth of the entertainment industry. Social networks allow people to view photos of each other and exchange likes, keeping them busy. The only problem is that this cannot be called work. A limited number of people are needed to service this information infrastructure, and then the question becomes: Who needs all this? What is the meaning of these activities except for those communicating and entertaining themselves? All these people who live on the net must eat and drink for real, not in virtual reality. They still have to earn something to pay for their fun, but jobs have to be subsidized. Switzerland tried to introduce a minimum income for all citizens. Today the Internet and the entertainment industry hire people, but it’s just a sort of subsidized reservation. People are busy, but they are not engaged in meaningful activity. Sooner or later the need to justify their existence will arise.

Some will argue that people are needed at least as consumers, to generate profit, but this is a myth. In a world where capital has ceased to exist, it is pointless to present the issue in these terms. Capital has been destroyed by all those “quantitative easings”, but this is not yet clear either to the masses or to “capitalists.” The lower classes are fated “to earn”, but the rulers of the world have not been earning anything for a long time. They just print the required amount of money.

The elite is not interested in money or economics, but in domination. Modern technology allows them to have everything they need without the economy described by Karl Marx. Tomorrow, people will only be able to survive if they follow certain behavioral norms. They will no longer use cash but will have an account with a negative interest rate.  Already they are drug dependent, unable to understand anything, make their own decisions and act independently. They have no ethics, morals, or values. They are not needed; but most importantly, they are harmless. Anything can be done to them without fear of consequences.

After Hitler, European civilization greatly advanced murder technologies: high-precision viruses that target only certain ethnic groups, various kinds of psychotropic radiation and corresponding pharmacologically “eco-friendly” nuclear weapons. In the absence of the state, infrastructure and control mechanisms will be switched off, and things will happen that we can’t even guess.

Taking into account the rulers’ love for “nature”, you realize that our chances of survival are very low. It is more important to them to save “nature” than to provide for 7 billion extra people on the planet. This is clear from the movie Avatar. What is coming is not nazism, but corporate fascism. The owners of key transnational corporations will balance their economies, and the liquidation of billions of people will be an environmental issue – nothing personal.

That is, the issue is not the “Limits to Growth” the Club of Rome wrote about in the seventies. Today’s social systems do not have room for the majority of the world’s population. Subsidized reservations will be liquidated as useless, the means are already in place, with one exception, perhaps: there is still Russia with her nuclear-missile potential and relatively sovereign leadership. And because we can prevent a program of global planetary genocide, we are no longer being “contained”; we are being weakened and potentially destroyed.

How can we increase humanity’s ability to exist? That is the question our country must answer. To be on the defensive in a siege is a losing strategy. We need to demonstrate a level of civilization that preserves humans and their ability to act. In our country, everyone has to do necessary, important, and if possible, interesting work. There needs to be a lot of work involving all an individual’s skills and potential. The true quality of human life is measured in the intensity and sophistication of his activity.

A few ideas for further discussion

First, the entire field of scientific research and technological development needs to be freed from the need to find solutions via mass production and economic outcomes. It should be structured in such a way that technologies, devices, things are designed for the sake of design. Sales volume should not limit activities. Breakthroughs should be decided by people responsible for vital sectors, not developers. Potentially there will be a lot of work like this.

Second, instead of globalization, we must bet on local diversity, freeing people from the power of transnational corporations with their unification, standardization, etc. We need to increase local autonomy in power, food production and health care, building self-sufficient economies, each with their architecture, food, health care models. All this will require complex activities, and therefore, people.

Third, we need to turn our attention to human reserves. So far, European civilization has mastered the potential of lifeless nature, including humans. European medicine treats humans as imperfect devices that need to be repaired, parts replaced, fixed, etc. Medicine doesn’t take into account human potential, foremost consciousness, that allows us to harmonize, transform, recover, revive, and even rebuild the body. Mass health practices built with this approach could provide an inexhaustible amount of new work, blurring boundaries between producers and consumers. Everyone could build their own health, supported by awareness, techniques.

For the development of these and similar areas we need appropriate policies and power. We need a new socialism, which is not concerned with liberating man from exploitation, but rather focused on his maximum involvement in complex and meaningful activities.