INTERMARIUM: The Most Dangerous Geopolitical Chess Game On Planet Earth 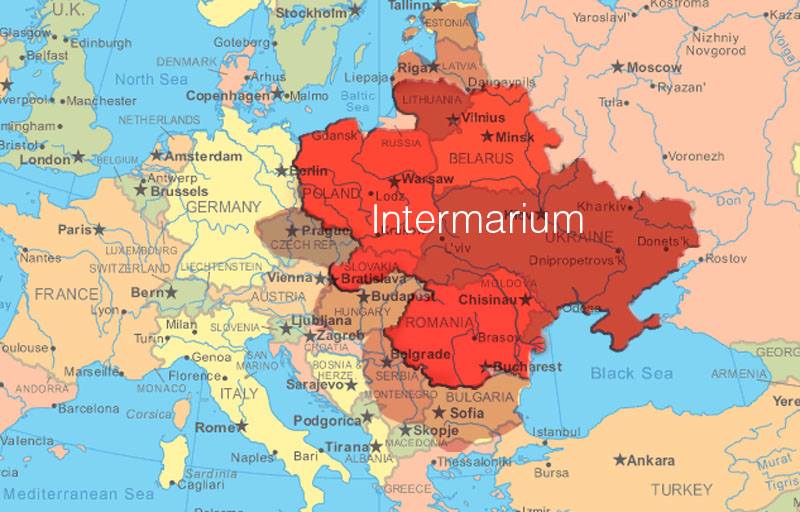 INTERMARIUM: The Most Dangerous Geopolitical Chess Game On Planet Earth

Who is really behind all the relentless warmongering?

SOTN Editor’s Note:
Nobel Peace Prize winner Barack Obama has continued his war-making ways.  Not only was he used by his masters to restart the Cold War with Russia, he has disrespectfully turned down every Russian gesture toward vital dialogue.

The truth of the matter is that Russia is the country that is being systematically encircled by the USA and NATO.  President Putin has every right to reject this encirclement of military buildup on it’s very borders.  The Kremlin’s response to the Western warmongering initiatives has been extraordinarily muted and subdued in light of the implicit aggression.

As the article posted below clearly indicates, Putin’s Russia is now under grave threat by American missiles and NATO military buildup.  Putin’s team in the Kremlin, it seems, has yet to get the message that JFK received by a similar missile positioning scheme which occurred in Cuba in the early 1960s (aka the Cuban Missile Crisis).  Kennedy acted decisively and the threat was removed expeditiously.  Putin must now act decisively … before it’s too late.  Putin et al. must also understand that:

THERE IS ONLY ONE WAY TO EFFECTIVELY DEAL WITH A CRIMINALLY INSANE PSYCHOPATH—YOU DON’T!

by Eric Zuesse
The Saker

Actions speak louder than mere words, and U.S. President Barack Obama has now acted, not only spoken. His action is to refuse to discuss with Russian President Vladimir Putin, Russia’s biggest worry about recent changes in America’s nuclear strategy – a particularly stunning change that is terrifying Putin.

Russia’s concern is that, if the “Ballistic Missile Defense” or “Anti Ballistic Missile” system, that the United States is now just starting to install on and near Russia’s borders, works, then the United States will be able to launch a surprise nuclear attack against Russia, and this system, which has been in development for decades and is technically called the “Aegis Ashore Missile Defense System”, will annihilate the missiles that Russia launches in retaliation, which will then leave the Russian population with no retaliation at all, except for the nuclear contamination of the entire northern hemisphere, and global nuclear winter, the blowback from America’s onslaught against Russia, which blowback some strategists in the West say would be manageable probems for the U.S. and might be worth the cost of eliminating Russia.

That theory, of a winnable nuclear war (which in the U.S. seems to be replacing the prior theory, called “M.A.D.” for Mutually Assured Destruction) was first prominently put forth in 2006 in the prestigious U.S. journal Foreign Affairs, headlining “The Rise of Nuclear Primacy” and which advocated for a much bolder U.S. strategic policy against Russia, based upon what it argued was America’s technological superiority against Russia’s weaponry and a possibly limited time-window in which to take advantage of it before Russia catches up and the opportunity to do so is gone.

Paul Craig Roberts was the first reporter in the West to write in a supportive way about Russia’s concerns that Barack Obama might be a follower of that theory. One of Roberts’s early articles on this was issued on 17 June 2014 and headlined “Washington Is Beating The War Drums”, where he observed that “US war doctrine has been changed. US nuclear weapons are no longer restricted to a retaliatory force, but have been elevated to the role of preemptive nuclear attack.”

Russia’s President Vladimir Putin has tried many times to raise this issue with President Obama, the most recent such instance being via a public statement of his concern, made on May 27th. Apparently, the public statement by Antonov on June 5th is following up on that latest Putin effort, by Antonov’s announcement there that Obama now explicitly refuses to discuss Putin’s concerns about the matter.

The fact that these efforts on the part of the Russian government are via public media instead of via private conversations (such as had been the means used during the Cuban Missile Crisis in 1962, when the shoe was on the other foot and the U.S. President was concerned about the Soviet President’s installation of nuclear missiles 90 miles from the U.S. border) suggests that Mr. Obama, unlike U.S. President John Fitzgerald Kennedy in 1962, refuses to communicate with Russia, now that the U.S. is potentially in the position of the aggressor.

Russia is making its preparations, just in case it will (because of the Aegis Ashore system) need to be the first to attack. However, some knowledgeable people on the subject say that Russia will never strike first. Perhaps U.S. President Obama is proceeding on the basis of a similar assumption, and this is the reason why he is refusing to discuss the matter with his Russian counterpart. However, if Mr. Obama wishes to avoid a nuclear confrontation, then refusing even to discuss the opponent’s concerns would not be the way to go about doing that. Obama is therefore sending signals to the contrary — that he is preparing a nuclear attack against Russia — simply by his refusal to discuss the matter. In this case, his action of refusal is, itself, an answer to Putin’s question, like slamming the door in Putin’s face would be. It’s a behavioral answer, instead of a merely verbal one.

The geostrategist John Helmer discussed on May 30th the question of when the “Trigger Point” will likely be for Putin to decide whether there is no reasonable alternative but to launch — and for him then to launch — World War III.