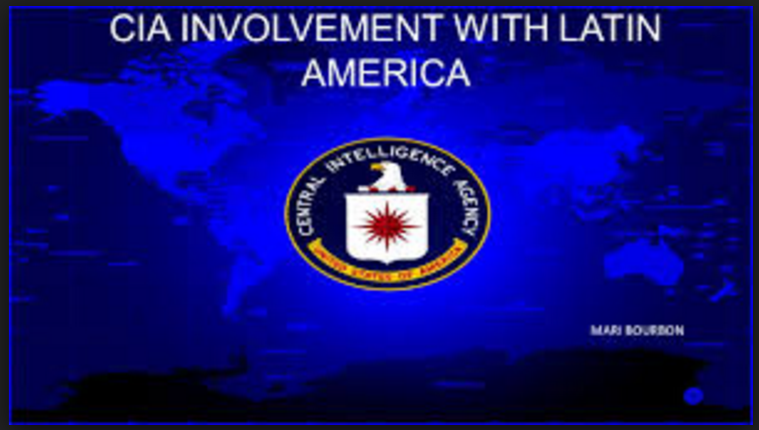 –
A wave of neoliberal onslaught shakes currently Latin America. While in Argentina, Mauricio Macri allegedly took the power normally, the constitutional coup against Dilma Rousseff in Brazil, as well as, the usual actions of the Right opposition in Venezuela against Nicolás Maduro with the help of the US finger recently, are far more obvious.
–
The special weight of these three countries in Latin America is extremely important for the US imperialism to regain ground in the global geopolitical arena. Especially the last ten to fifteen years, each of them developed increasingly autonomous policies away from the US close custody, under Leftist governments, and this was something that alarmed the US imperialism components.
–
Brazil appears to be the most important among the three, not only due to its size, but also as a member of the BRICS, the team of fast growing economies who threaten the US and generally the Western global dominance. The constitutional coup against Rousseff was rather a sloppy action and reveals the anxiety of the US establishment to regain control through puppet regimes. This is a well-known situation from the past through which the establishment attempts to secure absolute dominance in the US backyard.
–
The importance of Venezuela due to its oil reserves is also significant. When Maduro tried to approach Russia in order to strengthen the economic cooperation between the two countries, he must had set the alarm for the neocons in the US. Venezuela could find an alternative in Russia and BRICS, in order to breath from the multiple economic war that was set off by the US. It is characteristic that the economic war against Russia by the US and the Saudis, by keeping the oil prices in historically low levels, had significant impact on the Venezuelan economy too. It is also known that the US organizations are funding the opposition since Chávez era, in order to proceed in provocative operations that could overthrow the Leftist governments.
–
Regarding Argentina, former president, Cristina Kirchner, had also made some important moves towards the stronger cooperation with Russia, which was something unacceptable for Washington’s hawks. Not only for geopolitical reasons, but also because Argentina could escape from the vulture funds that sucking its blood since its default. This would give the country an alternative to the neoliberal monopoly of destruction. The US big banks and corporations would never accept such a perspective because the debt-enslaved Argentina could become a golden opportunity for a new round of huge profits. It’s happening right now in eurozone’s debt colony, Greece.
–
But why do we see now a culmination of sloppy efforts by the US imperial mechanisms to get rid of the Leftist governments in these countries? Could it be related with the oncoming US elections? Probably yes.
–
As the establishment fully promotes its most faithful puppet, Hillary Clinton, the simultaneous re-shaping of the political landscape in Latin America will give her space to focus on the big enemy: the Sino-Russian alliance. The US imperial mechanisms are doing “whatever it takes” to relief Hillary from an additional “headache” in the US backyard. Therefore, it is absolutely necessary to overthrow any Leftist governments and replace them with neoliberal puppet regimes.
–
Quite recently, an unknown (until now) hacker, Andrés Sepúlveda, admitted that he has rigged many elections in Latin America in favor of Right-Wing parties, using various dirty methods. In the revealing article by Bloomberg, we read that Sepúlveda is “serving 10 years in prison for charges including use of malicious software, conspiracy to commit crime, violation of personal data, and espionage, related to hacking during Colombia’s 2014 presidential election. He has agreed to tell his full story for the first time, hoping to convince the public that he’s rehabilitated—and gather support for a reduced sentence. Usually, he says, he was on the payroll of Juan José Rendón, a Miami-based political consultant who’s been called the Karl Rove of Latin America. Rendón denies using Sepúlveda for anything illegal, and categorically disputes the account Sepúlveda gave Bloomberg Businessweek of their relationship, but admits knowing him and using him to do website design.”
–
At the end of the article “Rendón says he’s in talks with another leading U.S. presidential campaign—he wouldn’t say which—to begin working for it once the primaries wrap up and the general election begins.” So, we can only guess who that candidate might be.
–
Nevertheless, the sloppy actions by the neoliberal opposition, especially in Venezuela and Brazil, reveal that the US empire is quite nervous and it has a good reason: it starts “feeling the Bern”. The unexpected strength of Bernie Sanders and increasing support by the American people sets the biggest alarm for the establishment.
–
Although the odds are now against him, it seems that he managed to set the foundations for a massive movement against the neoliberal establishment of destruction. Combine this with the fact that the neoliberal dominance in Latin America is very far from being certain, despite all the sloppy, dirty actions, and you have a perfect nightmare for the neo-Feudal banking-corporate America.
___
http://failedevolution.blogspot.gr/2016/06/fixing-latin-america-for-hillary.html