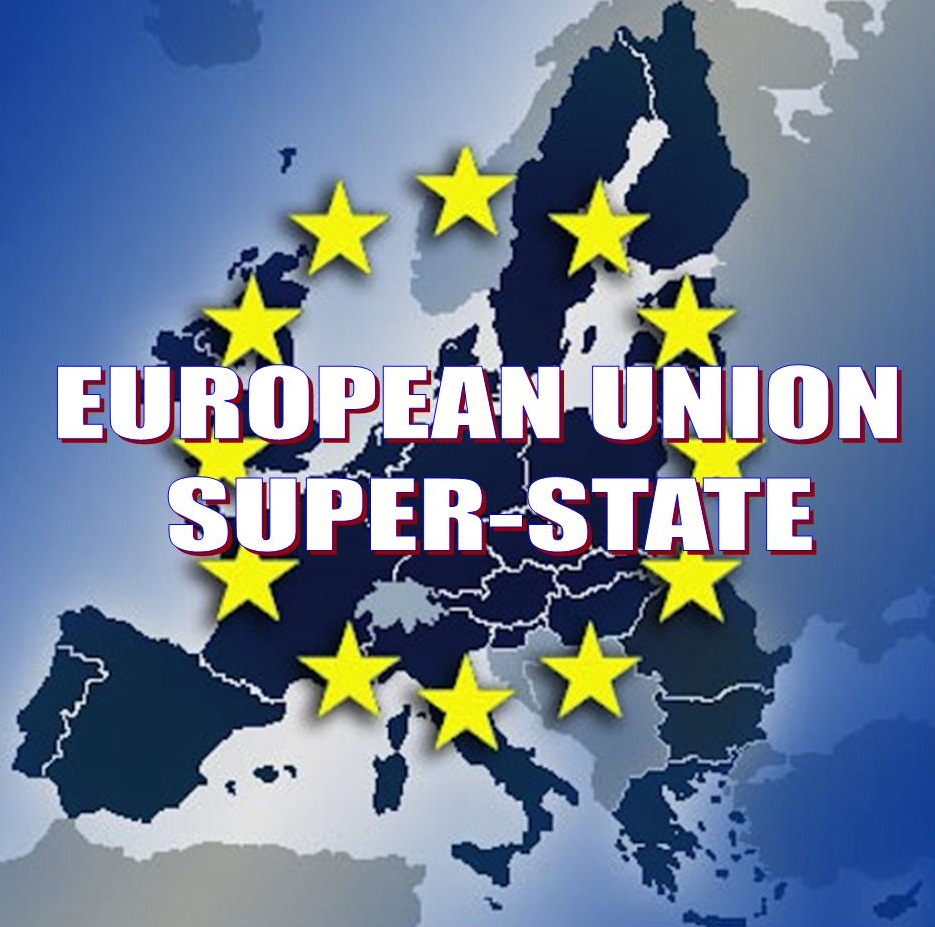 It appears The Brits may have dodged more than a bullet in their decision to leave The EU. The foreign ministers of France and Germany are reportedly due to reveal a blueprint to effectively do away with individual member states in what is being described as an “ultimatum.” As The Express reports, the shockingly predictable final solution to Europe’s Brexit-driven existential crisis is an apparently long-held plan to morph the continent’s countries into one giant superstate. The radical proposals mean EU countries will lose the right to have their own army, criminal law, taxation system or central bank, with all those powers being transferred to Brussels. According to the Daily Express, the nine-page report has “outraged” some EU leaders.

The plans for ‘a closer European Union’ have been branded an attempt to create a ‘European superstate’, as The Daily Mail reports,

But the plans have been described as an ‘ultimatum’ in Poland, with claims it would mean countries transfer their armies, economic systems and border controls to the EU.

Controversially member states would also lose what few controls they have left over their own borders, including the procedure for admitting and relocating refugees.

The Express reports that the plot has sparked fury and panic in Poland – a traditional ally of Britain in the fight against federalism – after being leaked to Polish news channel TVP Info.

The public broadcaster reports that the bombshell proposal will be presented to a meeting of the Visegrad group of countries – made up of Poland, the Czech Republic, Hungary and Slovakia – by German Foreign Minister Frank-Walter Steinmeier later today.

Excerpts of the nine-page report were published today as the leaders of Germany, France and Italy met in Berlin for Brexit crisis talks.

In the preamble to the text the two ministers write: “Our countries share a common destiny and a common set of values ??that give rise to an even closer union between our citizens. We will therefore strive for a political union in Europe and invite the next Europeans to participate in this venture.”

Responding to the plot Polish Foreign Minister Witold Waszczykowski raged: “This is not a good solution, of course, because from the time the EU was invented a lot has changed.

“The mood in European societies is different. Europe and our voters do not want to give the Union over into the hands of technocrats.

“Therefore, I want to talk about this, whether this really is the right recipe right now in the context of a Brexit.”

There are deep divides at the heart of the EU at the moment over how to proceed with the project in light of the Brexit vote.

Some figures have cautioned against trying to force through further political integration, warning that to do so against the wishes of the European people will only fuel further Eurosceptic feeling.

Meanwhile Lorenzo Condign, the former director general of Italy’s treasury, has said it is nearly impossible to see Europe opting for more integration at such a time of upheaval.

He said: “It seems difficult to imagine that the rest of the EU will close ranks and move in the direction of greater integration quickly. Simply, there is no political will.

“Indeed, the risk is exactly the opposite – namely that centrifugal forces will prevail and make integration even more difficult.”

It seems the infamous phrase “never let a crisis go to waste” has not been lost on EU officialdom.