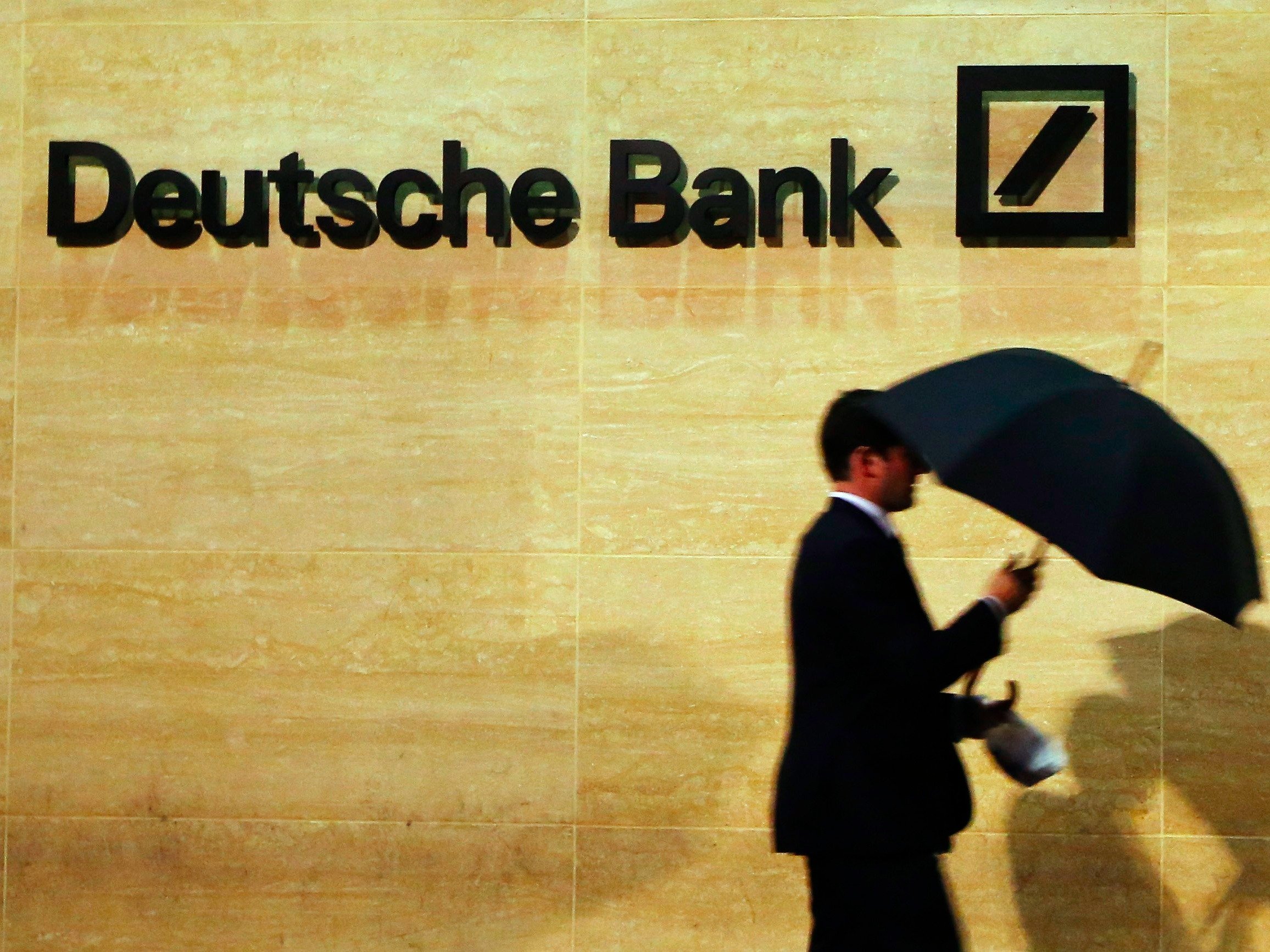 Over three years ago we wrote “At $72.8 Trillion, Presenting The Bank With The Biggest Derivative Exposure In The World” in which we introduced a bank few until then had imagined was the riskiest in the world.

So here we are three years later, when not only did Deutsche Bank just flunk the Fed’s stress test for the second year in a row, but moments ago in a far more damning analysis, none other than the IMF disclosed that Deutsche Bank poses the greatest systemic risk to the global financial system, explicitly stating that the German bank “appears to be the most important net contributor to systemic risks.”

Here is the key section in the report:

Domestically, the largest German banks and insurance companies are highly interconnected. The highest degree of interconnectedness can be found between Allianz, Munich Re, Hannover Re, Deutsche Bank, Commerzbank and Aareal bank, with Allianz being the largest contributor to systemic risks among the publicly-traded German financials. Both Deutsche Bank and Commerzbank are the source of outward spillovers to most other publicly-listed banks and insurers. Given the likelihood of distress spillovers between banks and life insurers, close monitoring and continued systemic risk analysis by authorities is warranted.

Among the G-SIBs, Deutsche Bank appears to be the most important net contributor to systemic risks, followed by HSBC and Credit Suisse. In turn, Commerzbank, while an important player in Germany, does not appear to be a contributor to systemic risks globally. In general, Commerzbank tends to be the recipient of inward spillover from U.S. and European G-SIBs. The relative importance of Deutsche Bank underscores the importance of risk management, intense supervision of G-SIBs and the close monitoring of their cross-border exposures, as well as rapidly completing capacity to implement the new resolution regime.

The IMF also said the German banking system poses a higher degree of possible outward contagion compared with the risks it poses internally. This means that in the global interconnected game of counterparty dominoes, if Deutsche Bank falls, everyone else will follow.

The IMF concluded that Germany needs to urgently examine whether its bank resolution, i.e., liquidation, plans are operable, including a timely valuation of assets to be transferred, continued access to financial market infrastructures, and whether authorities can ensure control over a bank if resolution actions take a few days, if needed, by imposing a moratorium:

Operationalization of resolution plans and ensuring funding of a bank in resolution is a high priority. The authorities have identified operational challenges (e.g., the timely valuation of assets to be transferred, continued access to financial market infrastructures) and are working to surmount them. In some cases, actions to effect resolution may require a number of days to implement, and the authorities should ensure they can maintain control over the bank during this period, including by using their powers to impose a more general moratorium for a specific bank.

Here is the IMF’s chart showing the key linkages of the world’s riskiest bank:

And while DB is number 1, here are the other banks whose collapse would likewise lead to global contagion.

Considering two of the three most “globally systemically important”, i.e., riskiest, banks just saw their stock price scrape all time lows earlier this week, we wonder just how nervous behind their calm facades are the executives at the ECB, the IMF, and the rest of the handful of people who realize just close to the edge of collapse this world’s most riskiest bank (whose market cap is less than the valuation of AirBnB) finds itself right now.