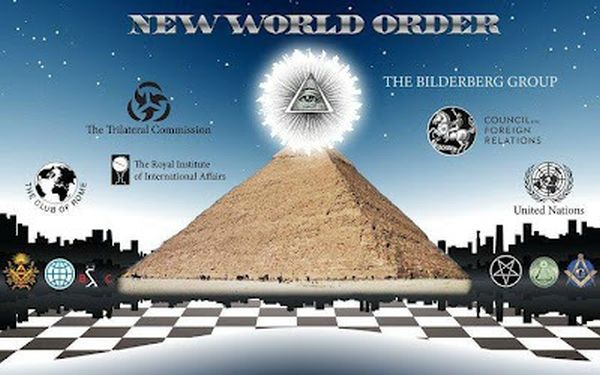 From the 15th to the 17th of April 2016, powerful players of the New World Order are meeting in Rome for the first time in 33 years for the Trilateral Commission. Strangely enough, on the day of the opening, Bernie Sanders plans to warn against “the idolatry of money” in a speech at the Vatican, in which the Democratic candidate hopes he can align his insurgent presidential campaign with the moral preaching of Pope Francis, who is as we know the first openly Communist Pope in line with his Jesuit tradition.

The Trilateral Commission was established in 1973. Its founder and primary financial supporter was international financier, David Rockfeller, long time chairman of the Rockefeller family-controlled Chase Manhattan Bank, and undisputed overlord of his family’s global corporate empire, which is now 100 years old. This meeting will include political figures such as Michael Bloomberg and Madeleine Albright, along side some of the key players in the financial sector. As Eric Barger wrote in “The New World Order Under Clinton: Establishment Insiders and Political Deceit,” in The Christian World Report in May 1993:

Keep your eyes on Rome for this pre-electoral event of great importance aimed to stop the rise of the only candidate that could stop their plans, Donald Trump.

AFTER 33 YEARS THE TRILATERAL COMMISSION IS BACK IN ROME