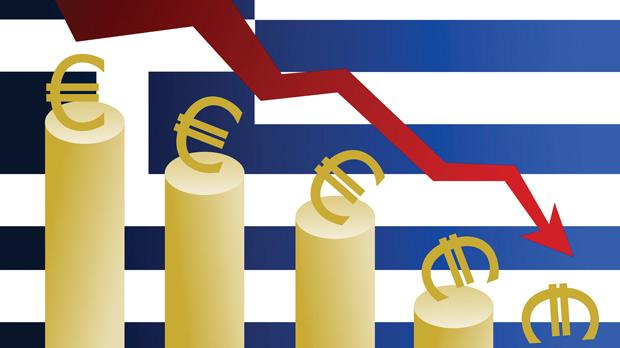 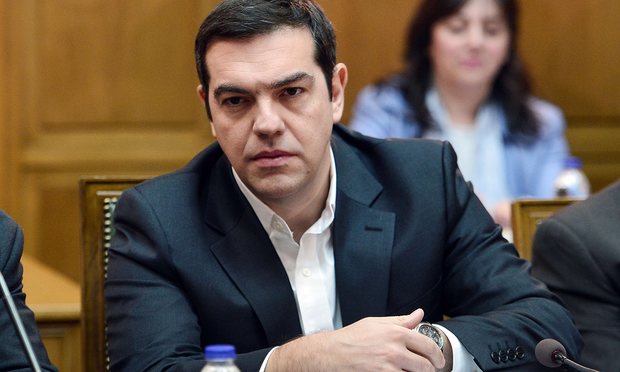 Helena Smith in Athens
The Guardian

–
The Hilton hotel in Athens makes the perfect backdrop for high-intensity talks. Its ambience is subdued, its corridors hushed, its meeting rooms an oasis of tranquility.

When Greece, in one of its many stand-offs with the international creditors keeping it afloat, finally won the right to conduct negotiations outside the confines of government offices, it seemed only natural that they should be held at the hotel.

However, in recent weeks the talks have assumed an increasingly nervous edge. An economic review that should have been completed months ago has been beset by wrangling as Alexis Tsipras’s leftist-led government has argued with lenders over the terms of a bailout agreed last summer.

The €86bn (£67.8bn) rescue programme agreed in July 2015 – the debt-stricken country’s third in six years – followed months of high-octane drama that saw Athens being pushed to the brink of bankruptcy and euro exit. Now, less than a year later – and with a crucial meeting of eurozone finance ministers lined up for Friday – a sense of crisis has returned to Greece.

With politicians indulging in the angry rhetoric that put Athens on a collision course with lenders last year, investors have begun to worry. Yields on government bonds have risen, protesters have taken to the streets, and “Grexit” – the catch-all word that so conjured up Greece’s battle with economic meltdown – is being murmured again.

Against a backdrop of maturing debt – the country must repay €5bn to theEuropean Central Bank and International Monetary Fund in June and July – commentators have begun to talk in terms of fatal miscalculation. “History is made of accidents which were not the result of some secret plan, but a string of errors, human weaknesses and obsessions,” wrote Alexis Papahelas in the conservative daily Kathimerini. “Lets hope we will avoid that.”

On the street, the uncertainty has not only had a deadening effect on an economy already battered by years of withering austerity; it has also created mounting anxiety among a populace that has seen per capita GDP levels drop by 28%, unemployment nudge 30%, more than one in four businesses close and poverty afflict one in three. After defying the doomsayers, there are fears Europe’s most indebted country could now be heading towards a disorderly default.

“There is no one I know who isn’t worried,” says Yannis Tsandris, a private sector retiree whose pension has been cut by almost a third. “If there is a haircut on bank deposits it will be the end and, so far, that is the only measure they haven’t taken. If Greece defaults it will be impossible to find oil, impossible to find medicines. And this time round everything seems possible.”

While Europe has been preoccupied with terror attacks, the crisis in Greece has not only rumbled on, but morphed into a two-pronged drama that has seen the country’s financial woes being intensified by the arrival of thousands of refugees. On the frontline of that emergency, Greece has been forced to mete out funds from depleted coffers.

Prime minister Tsipras’s government – originally voted into office on a platform to eradicate austerity – has used the migrant crisis to play for time. But after months of wrangling over pension reform, tax increases and non-performing loans, lenders stepped up their demands at the weekend, with the IMF saying Athens would have to agree to contingency measures worth €3bn on top of the package of €5bn in tax increases and spending cuts it is already negotiating with creditors.

The demand reflected the wildly divergent views of the IMF and the eurozone lenders on whether Athens can achieve agreed fiscal targets – including a primary surplus on public finances of 3.5% by 2018 – under the current reform programme.

The Washington-based body, which has also called for debt relief, considers EU figures too optimistic. “What we have seen to a great degree is a game of chicken, with the government avoiding any decision that might lead to crisis inside the [two ruling] parties or the government itself,” said Aristides Hatzis, associate professor of law and economics at Athens University. “But the demand for extra measures could also lead to a backlash, destabilise the entire political system and democracy itself. No government could sell such fiscal measures, not even one led by Alexis Tsipras.”

On Thursday, following Eurostat figures that showed Greece had attained a better-than-anticipated primary budget surplus last year, the leftist leader dug in his heels. What the country required was debt relief, not new austerity measures, he insisted. “Greece, which has a primary surplus of 0.7%, does not need extra measures. What Greece needs is an essential debt relief,” Tsipras told Euronews. “We must move forward and finally overcome this crisis.”

The government wants to conclude the review so that talks on debt forgiveness can begin and Athens can unlock badly needed bailout loans to honour this summer’s maturing debts.

All agree that Athens is now in a race against the clock. With little indication of the deadlock being broken at Friday’s eurozone meeting, analysts say it is vital the review is wrapped up in May before Europe gears up for the UK referendum on EU membership. The risk of ongoing talks spilling into a crisis in the banking system will grow if that is not achieved.

“The risk that an accident might happen is far from negligible,” said Athens University’s economics professor, George Pagoulatos. “Talks will have to freeze in view of the UK referendum. There is a window and it ends in May.”