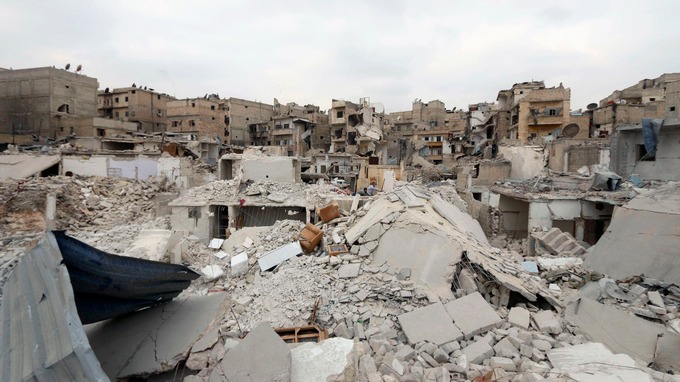 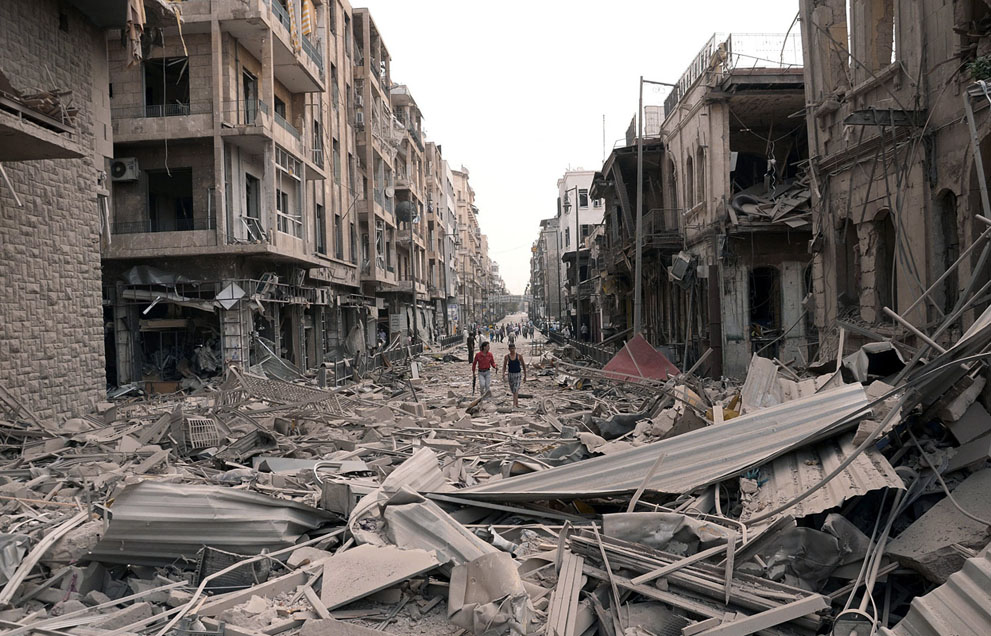 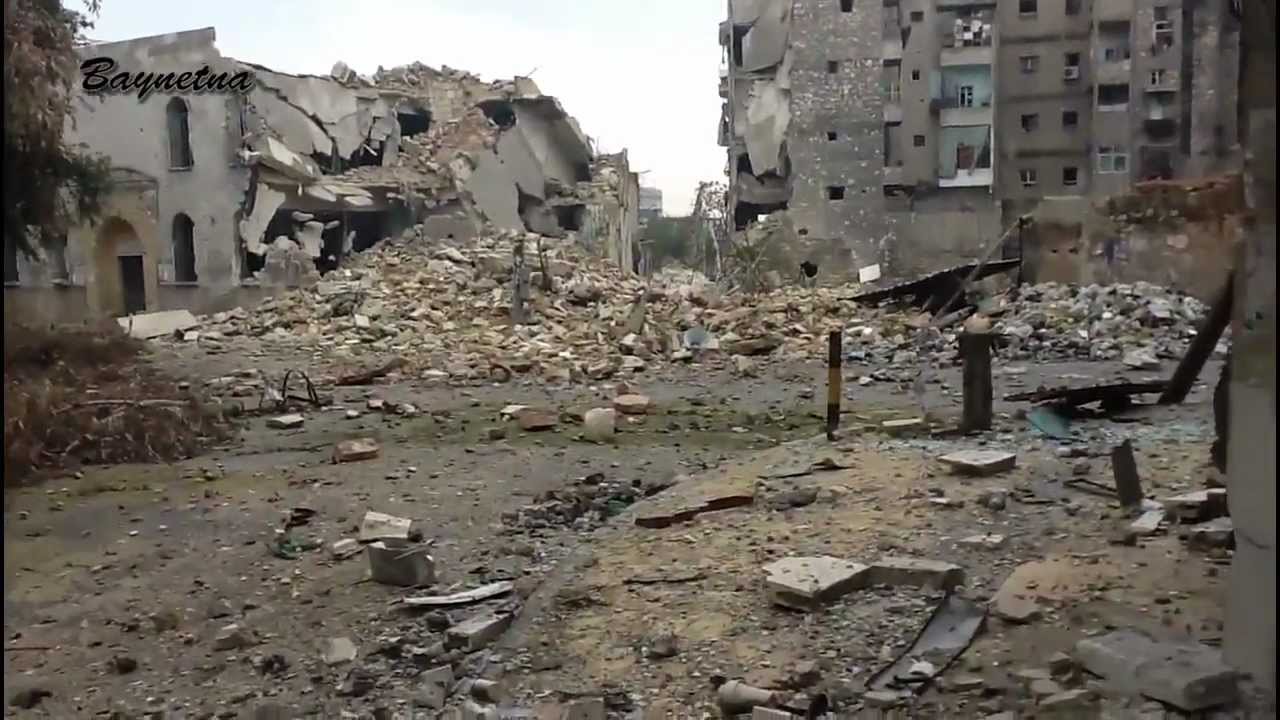 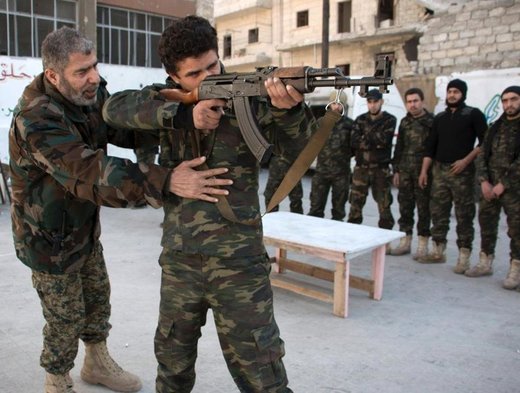 Coverage of the Syrian war will be remembered as one of the most shameful episodes in the history of the American press. Reporting about carnage in the ancient city of Aleppo is the latest reason why.

For three years, violent militants have run Aleppo. Their rule began with a wave of repression. They posted notices warning residents: “Don’t send your children to school. If you do, we will get the backpack and you will get the coffin.” Then theydestroyed factories, hoping that unemployed workers would have no recourse other than to become fighters. They trucked looted machinery to Turkey and sold it.

This month, people in Aleppo have finally seen glimmers of hope. The Syrian army and its allies have been pushing militants out of the city. Last week they reclaimed the main power plant. Regular electricity may soon be restored. The militants’ hold on the city could be ending.

Militants, true to form, are wreaking havoc as they are pushed out of the city by Russian and Syrian Army forces. “Turkish-Saudi backed ‘moderate rebels’ showered the residential neighborhoods of Aleppo with unguided rockets and gas jars,” one Aleppo resident wrote on social media. The Beirut-based analyst Marwa Osma asked, “The Syrian Arab Army, which is led by President Bashar Assad, is the only force on the ground, along with their allies, who are fighting ISIS — so you want to weaken the only system that is fighting ISIS?”

This does not fit with Washington’s narrative. As a result, much of the American press is reporting the opposite of what is actually happening. Many news reports suggest that Aleppo has been a “liberated zone” for three years but is now being pulled back into misery.

Americans are being told that the virtuous course in Syria is to fight the Assad regime and its Russian and Iranian partners. We are supposed to hope that a righteous coalition of Americans, Turks, Saudis, Kurds, and the “moderate opposition” will win.

This is convoluted nonsense, but Americans cannot be blamed for believing it. We have almost no real information about the combatants, their goals, or their tactics. Much blame for this lies with our media.

Under intense financial pressure, most American newspapers, magazines, and broadcast networks have drastically reduced their corps of foreign correspondents. Much important news about the world now comes from reporters based in Washington. In that environment, access and credibility depend on acceptance of official paradigms. Reporters who cover Syria check with the Pentagon, the State Department, the White House, and think tank “experts.” After a spin on that soiled carousel, they feel they have covered all sides of the story. This form of stenography produces the pabulum that passes for news about Syria.

Astonishingly brave correspondents in the war zone, including Americans, seek to counteract Washington-based reporting. At great risk to their own safety, these reporters are pushing to find the truth about the Syrian war. Their reporting often illuminates the darkness of groupthink. Yet for many consumers of news, their voices are lost in the cacophony. Reporting from the ground is often overwhelmed by the Washington consensus.

Washington-based reporters tell us that one potent force in Syria, al-Nusra, is made up of “rebels” or “moderates,” not that it is the local al-Qaeda franchise. Saudi Arabia is portrayed as aiding freedom fighters when in fact it is a prime sponsor of ISIS. Turkey has for years been running a “rat line” for foreign fighters wanting to join terror groups in Syria, but because the United States wants to stay on Turkey’s good side, we hear little about it. Nor are we often reminded that although we want to support the secular and battle-hardened Kurds, Turkey wants to kill them. Everything Russia and Iran do in Syria is described as negative and destabilizing, simply because it is they who are doing it — and because that is the official line in Washington.

Inevitably, this kind of disinformation has bled into the American presidential campaign. At the recent debate in Milwaukee, Hillary Clinton claimed that United Nations peace efforts in Syria were based on “an agreement I negotiated in June of 2012 in Geneva.”The precise opposite is true. In 2012 Secretary of State Clinton joined Turkey, Saudi Arabia, and Israel in a successful effort to kill Kofi Annan’s UN peace plan because it would have accommodated Iran and kept Assad in power, at least temporarily. No one on the Milwaukee stage knew enough to challenge her.

Politicians may be forgiven for distorting their past actions. Governments may also be excused for promoting whatever narrative they believe best suits them. Journalism, however, is supposed to remain apart from the power elite and its inbred mendacity. In this crisis it has failed miserably.

Americans are said to be ignorant of the world. We are, but so are people in other countries. If people in Bhutan or Bolivia misunderstand Syria, however, that has no real effect. Our ignorance is more dangerous, because we act on it. The United States has the power to decree the death of nations. It can do so with popular support because many Americans — and many journalists — are content with the official story. In Syria, it is: “Fight Assad, Russia, and Iran! Join with our Turkish, Saudi, and Kurdish friends to support peace!” This is appallingly distant from reality. It is also likely to prolong the war and condemn more Syrians to suffering and death.

Stephen Kinzer is a senior fellow at the Watson Institute for International Studies at Brown University.