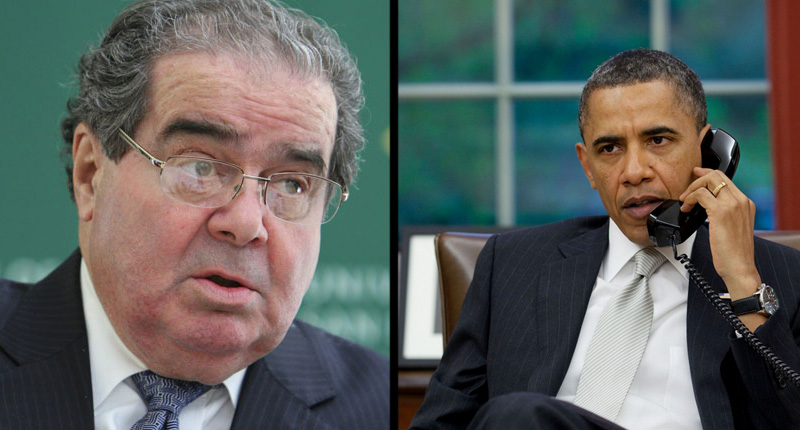 Scalia Hit Unravels: The Perps Left Clues at the Crime Scene … on Purpose!

No matter how you look at the unexpected death of Justice Antonin Scalia, “something is rotten in the state of Denmark”. Quite rotten indeed!

How does such a high-profile death of the longest-serving SCOTUS jurist get treated with so much neglect and nonchalance, except by calculation?  PURE calculation.

There is no question that President Barack Obama’s greatest enemy — OF ALL TIME — was Justice Antonin Scalia.  No one, and we repeat, no one even came close to making Obama’s life miserable like Justice Scalia did.

In fact it could probably be said that it was Justice Scalia’s genuine commitment to “Constitutional Originalism” that got him killed.

The Crime Scene and the Message It Sends

Wittingly or unwittingly, the critical clues surrounding a murder are always left at the crime scene.  In the case of Justice Scalia’s quite untimely demise, it has been reported that a pillow was found on top of his head as he lay dead in his bed with his clothes on (unwrinkled pajamas).

Simply put, by placing a pillow over his head, they took his voice.  As he lay in bed, TPTB further removed his capacity to write his scathing opinions on so many bad decisions handed down by the SCOTUS during Obama’s dictatorial reign.

Antonin Scalia MURDERED by Obama to Open Supreme Court Spot for a Liberal?

Scalia was fully cognizant that the independence of the high court had been severely compromised by the Obama Administration and he militated against it — judicially, of course — every step of the way.  He found the ongoing and outright interference from the Executive Branch to be completely unacceptable and at times outrageous.  He was not shy at all about expressing these sentiments and even undertook speaking tours to set the record straight.  He was as witty and cutting a SCOTUS jurist as ever there was! 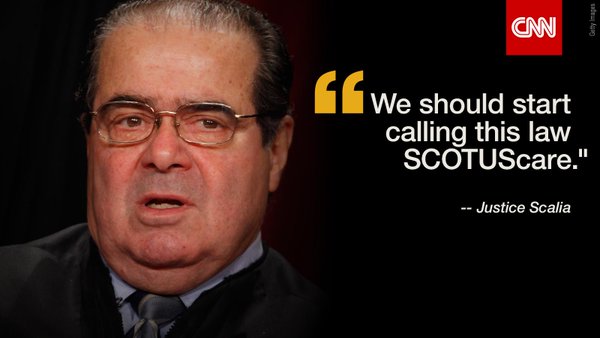 For paving the way for the American patriot of the coming 2nd American Revolution, he lost his life.

What irony there is in this article being written and posted on President’s Day, 2016.

May the good judge rest in peace for all eternity.

Even in the remote case where Justice Scalia may have died of natural causes, his job on the bench was made tremendously difficult by Obama et al.  He stood watch over the Constitution as a stalwart sentinel protecting the Founding Documents of the United States from incessant attack.  Given his age he was forced to withstand withering assaults on the Constitution and Bill of Rights from every quarter of American society.  How much could one man be expected to bear, especially when even his co-jurists often abandoned the righteous cause regarding the most highly consequential of cases?

No matter how you look at it, they killed him!

It is well known in Washington social circles that Justices Scalia and Ruth Bader Ginsburg were very good friends. Although they occupied opposite sides of the SCOTUS battlefield, they were able to set aside their differences.  Hence, whether the following quote from Ginsburg is a Freudian slip or a cosmic clue as to what TPTB really perpetrated is worth contemplating.

The leading conspiracy theory about Antonin Scalia’s death: Obama did it. Ranch Owner Describes Scene Of Justice Scalia’s Death, Including ‘Pillow Over His Head’ Needless to say, this description will incite speculation.

MARFA — A first-time guest to the Cibolo Creek Creek Ranch, U.S. Supreme Court Justice Antonin Scalia was animated and engaged during dinner Friday night, as one of three dozen invitees to an event that had nothing to do with law or politics, according to the ranch owner.

Just hours later, he would be found dead of apparent natural causes, which media outlets reported on Sunday was a heart attack.

“He was seated near me and I had a chance to observe him. He was very entertaining. But about 9 p.m. he said, ‘it’s been a long day and a long week, I want to get some sleep,” recalled Houston businessman John Poindexter, who owns the 30,000-acre luxury ranch.

When Poindexter tried to awaken Scalia about 8:30 the next morning, the judge’s door was locked and he did not answer. Three hours later, Poindexter returned after an outing, with a friend of Scalia who had come from Washington with him.

“We discovered the judge in bed, a pillow over his head. His bed clothes were unwrinkled,” said Poindexter.

Judge declared it a heart attack without looking at the body, but after talking with Scalia’s doctor. Scalia has already been embalmed.