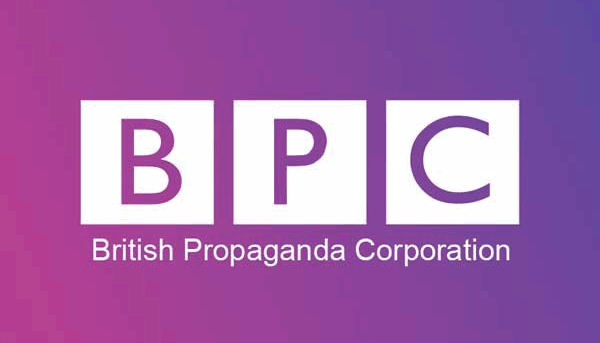 The BBC has done it again.  A UN report has cited ISIS slaughter as having killed tens of thousands in Syria but according to the BBC, the UN rally meant that the Damascus government had done it all.  We have no idea how the UN could make such a mistake but the BBC has gone to every imaginable, and some not so imaginable, effort to “correct” the UN’s misconceptions about who is and who is not a war criminal.

Those killed in Raqqah, Deir Ezzor, Idlib and the occupied regions of Aleppo, beheaded, burned alive, women raped, all cited in the UN report, are now called “detainees” by the BBC, part of their ploy to make it seem like Damascus is “detaining” and killing, is it perhaps “6 million?”  After all, everything the BBC touches is a holocaust of one kind or another.

Hidden in the BBC story:

Torture and executions by so-called Islamic State are routine, the report says

The story below by the BBC is an outrageous hoax.  The BBC claims that a UN report says that the Damascus government was found guilty of war crimes for “exterminating detainees.”  By using the term “detainee,” they are trying to make casual readers believe they are talking about prisoners taken by Damascus, which those of us who actually travel to Syria and investigate these allegations, know the truth about.

In December 2014, I traveled to Syria at the invitation of the Minister of Justice.  There I met with the chief judge and prosecutor of the terror courts, reviewed not only processes but asked for all open case files.  They simply handed them over.  I found the Syrian process unique, they release detainees relatively quickly as all those captured in reality take advantage of a “Chu Hoi” or “Open Arms” guarantee release program that has been highly effective.  There is no concern about Syrians returning to rebel/terrorist ranks, not with the war going to badly for the US/UK backed invaders.

If truth matters, and it certainly has never mattered at the BBC, the real story is the control of the BBC by Israeli intelligence services who have served up rent boys for some and small children for others, part of the long history now being delivered to the public, of corruption, pedophilia and murder that has victimized more than simply the children who are destroyed.

It has allowed foreign intelligence services to control British media, not just the BBC, but the Murdoch press, certain the Guardian, the government and military, the police forces, and where pedophilia is not enough, the Freemason network has done the rest.

The Syrian government has carried out a state policy of extermination against thousands of detainees, UN human rights investigators say.

They accuse President Bashar al-Assad’s regime of crimes against humanity, in a report for the UN Human Rights Council.

The study says both loyalist and anti-government forces have committed possible war crimes.

Many detainees were tortured, some were beaten to death, and others died from lack of food, water, or medical care.

The findings come from interviews with hundreds of witnesses and cover the period since the start of anti-government protests in March 2011.

The report says thousands of detainees have been killed while in the custody of warring parties in the past four and a half years.

Investigators suspect tens of thousands of people are detained by Syria’s government at any one time.

Read more if you can stomach it at BBC