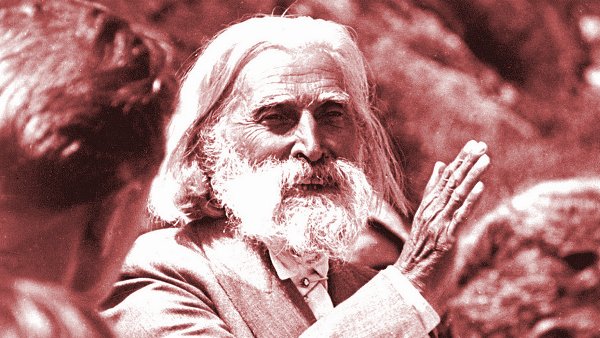 TMR Editor’s Note:
The story of Galactic Superwaves is one where cosmological prophecy meets hard science. The article posted below in its entirety reveals the prophecy side of this ever-intensifying galactic phenomenon. The following links, on the other hand, provide the scientific basis and recent observations regarding the Superwave Theory that is manifesting within the Milky Way Galaxy.

Confirmation of the Superwave Theory in Seyfert Galaxy IRAS17020+4544

Firebirdnow.com has also posted an excellent piece on this subject as follows:
Superwave Theory Predictions and their Subsequent Verification

Whenever the scientist meets the mystic on matters of cosmology, and their agreement aligns around the timing of cosmic events, perhaps it is time to listen … closely! Just days before his death on December 27, 1944, well-known Bulgarian mystic Peter Deunov had a vision which inspired him to relate a prophecy of what was in store for the human race in the century that was to follow.  Deunov, also known to Bulgarians by his spiritual name Beinsa Douno, was a philosopher, musician and spiritual teacher who developed a form of esoteric Christianity.  Curiously, his prophecy anticipated in great detail the concept of a superwave which he predicted was to purify the Earth in the very near future and not only bring about tremendous geological transformation, but also spiritually change the world, bringing into being a new human race, the “sixth race.”

One would do well to read his amazing prophecy which is related in this four page document which is an adaptation written by Olivier de Rouvroy – September 2003:http://www.progressions.info/Peter%20Deunov.pdf.  Alternatively, for a synopsis one can also view the following YouTube video which tells a bit about Deunov’s life and narrates highlights of his superwave/human transformation prophecy:

Peter Deunov begins his prophecy with an accurate reference to a coming Galactic superwave.  He states:

“…everybody will soon be subjugated to divine Fire, that will purify and prepare them in regards to the New Era.

Some decades will pass before this Fire will come, that will transform the world by bringing it a new moral. This immense wave comes from cosmic space and will inundate the entire earth. All those that attempt to oppose it will be carried off and transferred elsewhere.

Although the inhabitants of this planet do not all find themselves at the same degree of evolution, the new wave will be felt by each one of us. And this transformation will not only touch the Earth, but the ensemble of the entire Cosmos.”

Later he refers to terrestrial upheavals which indicate the occurrence of tremendous climatic and seismic effects.  He states:

“The earth will soon be swept by extraordinary rapid waves of Cosmic Electricity. A few decades from now beings who are bad and lead others astray will not be able to support their intensity.”

Deunov also mentions that our solar system is currently traversing an unhealthy dusty region of “contaminated space” called the “13th zone” which was left behind by the destruction of a constellation (or star?):

“Our solar system is now traversing a region of the Cosmos where a constellation that was destroyed left its mark, its dust. This crossing of a contaminated space is a source of poisoning, not only for the inhabitants of the earth, but for all the inhabitants of the other planets of our galaxy. Only the suns are not affected by the influence of this hostile environment. This region is called “the thirteenth zone”; one also calls it “the zone of contradictions”. Our planet was enclosed in this region for thousands of years, but finally we are approaching the exit of this space of darkness and we are on the point of attaining a more spiritual region, where more evolved beings live.”

Indeed, just as he prophecies the solar system has for a long period of time, perhaps for the past 3 million years, been passing through the rim of the North Polar Spur supernova remnant, a cloud of dust and gas left from the explosion of a star many millions of years ago.  Astronomers acknowledge the presence of dust clouds even contacting the fringe of our solar system.  Also most of the long period comets that enter the solar system, that many claim to come from the Oort cloud, actually are part of this interstellar debris field and are entering due to the Sun’s passage through this debris zone. According to the superwave theory I advanced in 1983, the presence of this nearby dust is responsible for why Earth has been going through a sequence of ice ages for the past 3 million years.  For millions of years before that time we had no ice ages because we had not entered this dusty zone.  For more information consult my Ph.D. dissertation, or read my book Earth Under Fire.

Also just as Deunov states, this dusty region is a hazard for many solar systems in our Galactic neighborhood.  The NPS supernova remnant is believed to be located about 400 ± 200 light years from the solar system and to have a diameter of 370 ± 230 light years, thus affecting hundreds of thousands of star systems.  His contention that it is a source of poisoning is also verified by my own polar ice research.  As I have described in my paper recently published in Advances in Space Research, during the past few hundred thousand years, our planet has been subjected to the ongoing entry of tin-rich and lead-rich interstellar dust particles.  One such particularly hazardous event, which occurred about 49,000 years ago, caused a hundred thousand fold increase in the rate of cosmic dust influx, produced a global climatic cooling, and increased lead levels in rain water 10 times higher than the EPA’s maximum health hazard limit.  These tin-rich dust particles still enter our stratosphere in small amounts and according to a research group led by Dr. Abbott of Lamont Doherty, one influx of tin-rich and nickel-rich dust occurred as recently as 536 AD causing a modest climatic cooling and obscuration of the Sun for one or two years.  Deunov’s prediction that we are about to leave this hazardous region is indeed welcome news.

What is really very amazing is that Peter Deunov had this vision in 1944 well before much was known about active galaxies and galactic core explosions.  Most research on quasars and cosmic ray emitting core explosions began in the 1960’s and even as late as the 70’s not all astronomers were convinced that the Milky Way’s core has previously undergone core explosions.  Indeed, such astronomical background information was necessary in order for my own formulation of the Galactic superwave theory.  Although in my case I was led to take a close look at the evidence and formulate this theory on the basis of a time capsule message that is encoded in our own constellation lore and sent to us by a prehistoric civilization.  A message being relayed by radio pulsars also helped lead me to this idea.  At the time of my early quest, I had no knowledge of Deunov’s prophecy or of Ray Stanford’s interpretation of the Fatima prophecy which also conveyed relevant information.  Also Deunov’s prophecy predates what was later discovered about the North Polar Spur and about the presence of interstellar clouds near the solar system.  The astronomical observations that had been made since Deunov’s prophecy and my own polar ice core research on the nature of the tin-rich interstellar dust deposited during the last ice age  clearly validate what he said.

Deunov’s prophecy also goes into much interesting detail on humanity’s evolution through this event, how it will affect people’s consciousness, and what will be the spiritual characteristics of Earth’s coming inhabitants who will survive this event.

For more information on the superwave theory read postings on this site as well as the following books:

Galactic Superwaves and Their Impact on Earth.