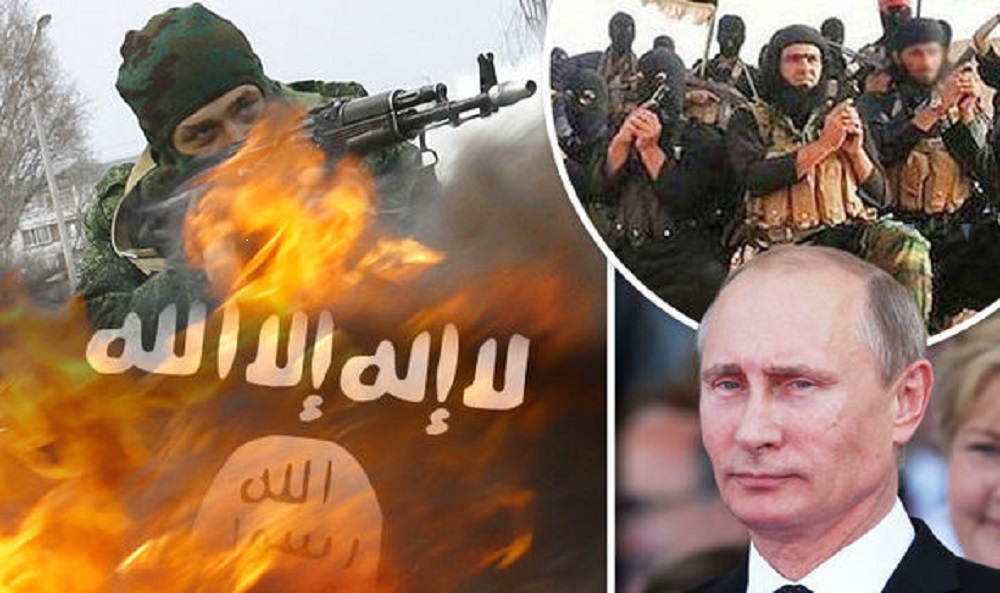 As these words are being written, the U.S. and its NATO allies continue to posture themselves in Europe and in the Middle East prior to the “big one” being kicked off.  As mentioned in previous reports and articles, the flash points are becoming much more defined: The Senkaku Islands, the Donbass Region of Ukraine, Syria, and the Korean Peninsula.  While the world watches, each side in these potential hot spots continues to build their forces in the regions and make preparations for conflict.  When we examine responses for those preparations, it is obvious that war is imminent.

The United States has been posturing troops in the former SSR nations on Russia’s Western border.  Supplies of tanks, artillery pieces, aircraft, ammunition, and American troops continue to pour into Lithuania, Latvia, Estonia, and Poland, among others.  The posturing amounts to a regeneration of NATO/USSR Cold War lines with one major difference: with the SSR’s no longer in existence, the NATO lines are that much closer now to Russia.  Before those Soviet satellite nations provided a physical buffer, but those former buffers are now nations that openly host NATO and U.S. troops.

While claiming to have a ceasefire, the U.S. turns a blind eye to the fact that Russia is still pounding away at the “rebels,” as Newspeak terms them.  They’re really insurgents, trying to topple an established government that will not knuckle under to the likes of the Nulands and McCains as Ukraine did.  Furthermore, the Russians are backing Assad with no plans of pulling out of his corner.

Turkey is another matter, and Turkish Prime Minister Erdogan has been pushing the envelope with deployments of troops to the Syrian border and incursions that mimic “Fabian” tactics – small-scale, limited engagements comprised of small unit skirmishes and then a quick retreat back to the safety of the Turkish border.  Still, Turkey is amassing sizable numbers of men and large quantities of materials and it doesn’t take much cognition to deduce that Turkey is preparing to invade.  Recently President Vladimir Putin declared his willingness to use tactical nuclear weapons if faced with a Turkish and/or Saudi invasion of Syria.

Ladies and gentlemen, this is serious, as Russia proved with the Crimea in 2014.  Crimea is decried by the West as conquest and occupation, but this is not accurate: moreover, it’s a lie.  The U.S. attempted to institute a coup d’état by deposing the rightfully elected leader of Ukraine and inserting Yatsenuk.  They wanted to cut of Sevastopol, Russia’s strategic naval base that enables the Black Sea Fleet to enter the Mediterranean.  The West also paints a picture of imposed servitude over the populace, while “neglecting” to mention that almost 90% of Crimea are Russians ethnically, speaking Russian as their first language.

Russia didn’t play softball.  They won’t be playing wiffleball, either, when things kick off in Syria.  This is not to say there aren’t economic influences that prompt Russia to act; however, they are secondary to the aggressive and imperialistic actions taken by the phony coalition of NATO at the behest of the IMF and the Military-Industrial Complex.

Forbes recently posted a piece by Adam Ereli entitled “Putin’s Newest Satellite State,” in which the following is written:

“…Russia quietly signed a sweeping air defense agreement with Armenia, accelerating a growing Russian military buildup that has unfolded largely under the radar.  It was the most tangible sign yet that Putin is creating a new satellite state on NATO’s border and threatening an indispensable U.S. ally [Turkey].”

Now Mr. Ereli is listed as a former deputy spokesman of the State Department, and his carefully-chosen words act as if Russia is the aggressor against Turkey.  He also wrote:

“…as Russia’s war in Syria and pressure on Turkey has intensified…The growing Russian military presence in Armenia is but the latest indicator of a worrisome trend: Putin’s threat to NATO and America’s interests in Europe.”

Last check, Mr. Ereli, it was Turkey that shot down Russian aircraft and helicopters.  Not to mention the fact that with all of these NATO exercises and additional troop deployments, what is Russia supposed to do?  Not defend its interests?

Ereli finishes off his piece with this:

“In July 2015, Turkey and the U.S. finalized an agreement to work cooperatively to combat Islamic State terrorists in Syria and Iraq.”

Perhaps Ereli is referring to the terrorists that the U.S. created, trained, and funded that have been wreaking havoc throughout the Middle East, now, since the Arab Spring began.  To address the more infuriating issue, the “unfolded largely under the radar” statement, there is nothing that is happening or has happened that is anything other than deliberate and purposeful.

The RAND Corporation recently released a study that concluded that Russian forces could overrun the Baltics in under 72 hours.  War games were run by RAND for several months in 2014-2015 and the studies concluded that the NATO forces were so ill-equipped and understrength that a loss would be inevitable.  An article published this month chronicles the gist of the RAND study, entitled If Russia Started a War in the Baltics, NATO Would Lose — Quickly, by Dan De Luce.