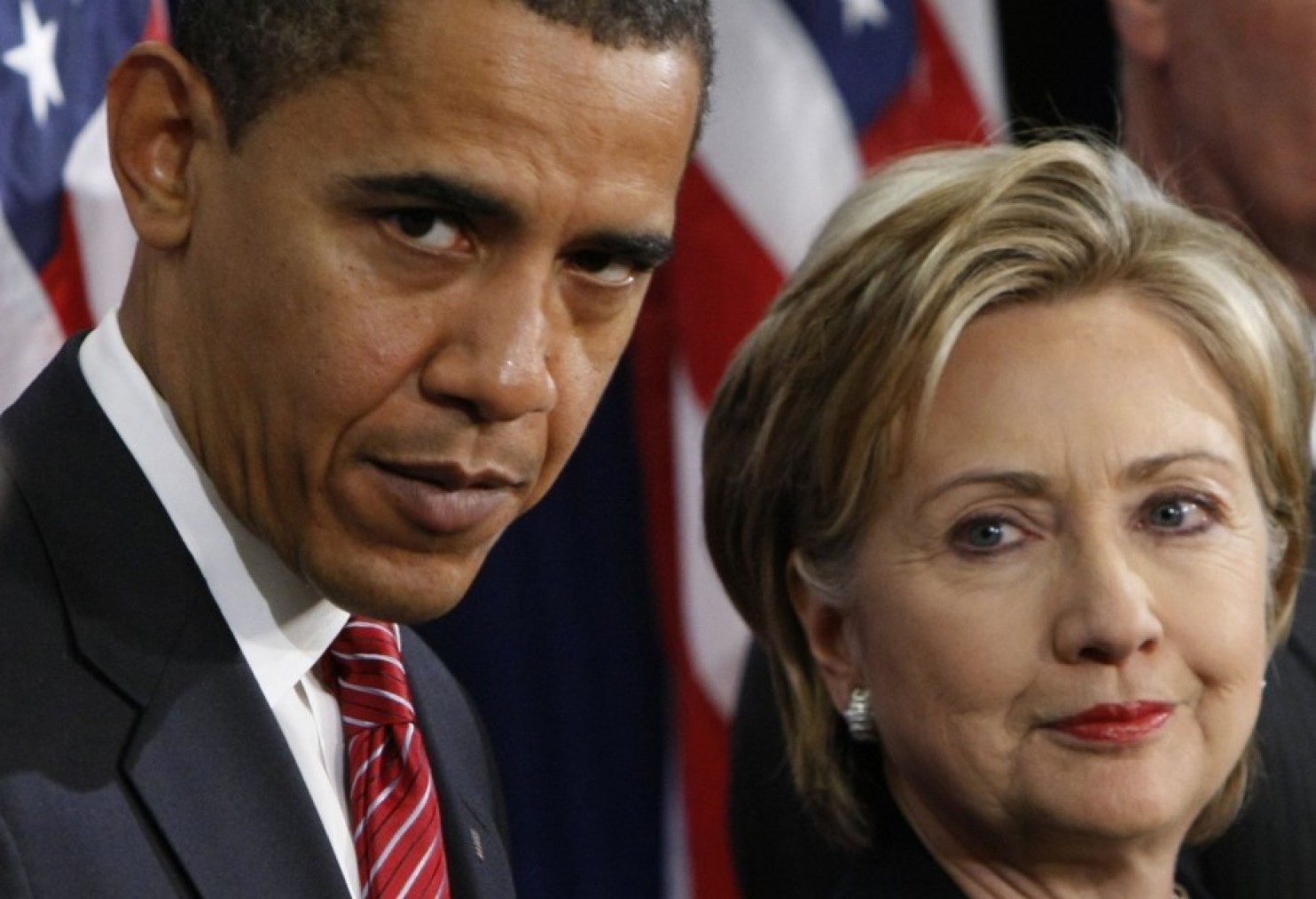 Clinton and Obama Both Implicated In Email Scandal

“No one did anything for 4 straight years of Emailgate.  Officials throughout the Administration just let it happen”

The truth finally comes out!  Impeachable truth, that is.

Both Obama and Clinton played the same game of unlawful and illegal emailing back and forth with the most top-secret and highly classified information that government produces. It is impossible for Obama to deny that he was aware of the ‘official’ Clinton emails being sent from her personal email address to his dotgov address.

Can it get any more serious as far as high crimes and misdemeanors are concerned?  We’re talking about the exchange of the most sensitive and delicate correspondence within the U.S. Federal Government. It doesn’t get more explosive than this profound breach of federal law and serial violations of department regulations.

Based on the FBI-established fact that the POTUS and Secretary of State were emailing the most privileged and confidential information back and forth over the term of Clinton’s service at State is quite mind-boggling, as it is criminal.

These two co-conspirators operated in this fashion for years … and Obama knew it.  The NSA knew it.  The CIA knew it.  The DIA knew it.  The National Security Council knew it. The Department of Homeland Security knew it.  And yet no one throughout the entire Executive Branch did a thing.  Hence, there are undoubtedly many instances where misprision of felony is also quite applicable.

In light of these shocking revelations, the Obama Administration MUST be dissolved … yesterday.  It has proven itself to be wholly untrustworthy to competently conduct the affairs of state.  In fact, it has demonstrated treasonous behavior at every turn.  The entire Administration has demonstrated by its official misconduct that it is actually full of traitors.

There is only one remedy for this rapidly devolving scandal, and that is impeachment. The POTUS and VPOTUS have both conducted themselves consistently throughout both Administrations in a manner that warrants immediate impeachment proceedings.  As do many illicit czars and negligent secretaries, criminal department heads and bumbling bureau chiefs.

Official: Some Clinton emails ‘too damaging’ to release

Former House Oversight chairman: ‘FBI director would like to indict Clinton and Abedin’ Democratic presidential candidate Hillary Clinton takes a question from a member of the audience during a campaign event at the Knoxville School District Administration Office, Monday, Jan. 25, 2016, in Knoxville, Iowa. (AP Photo/Mary Altaffer)

The State Department said Friday it is withholding 22 emails from former Secretary of State Hillary Clinton’s email account for containing “top secret” material, and another 18 messages she exchanged with President Obama, saying those are protected communications.

Department spokesman John Kirby said the intelligence community said the emails contained that high level of sensitivity and the State Department now agrees with that, and upgraded the classification to prevent their release

And unlike other secret messages that were released in part with redactions, these messages won’t be released at all, Mr. Kirby said, pointing to the request by the intelligence community.

“In consultation with the intelligence community, we are making this upgrade and we believe it’s the prudent or responsible thing to do,” he said.

He said none of the emails had information marked classified at the time Mrs. Clinton sent or received them, but said the State Department is still looking into whether they should have been at the time.

“We firmly oppose the complete blocking of the release of these emails,” Clinton spokesman Brian Fallon said in a statement. “Since first providing her emails to the State Department more than one year ago, Hillary Clinton has urged that they be made available to the public. We feel no differently today.”

He then slammed the agencies in charge of reviewing Mrs. Clinton’s emails for sensitive information.

“After a process that has been dominated by bureaucratic infighting that has too often played out in public view, the loudest and leakiest participants in this interagency dispute have now prevailed in blocking any release of these emails,” Mr. Fallon said, calling the decision to withhold the emails “over-classification run amok.”

He said the information was on the unclassified system at the time she sent them, and still remains there.

Mr. Kirby said he wouldn’t talk about what was in the messages, and said the administration is not asserting executive privilege over them, but is withholding them so the president can feel he can receive “unvarnished” advice from his top aides.

He also brushed aside questions about whether it was strange that Mrs. Clinton only exchanged 18 messages with Mr. Obama during her four years in office.

“We have found these 18, and I do not expect that there will be more,” Mr. Kirby said.

Mrs. Clinton has maintained that none of the information in her emails was classified when they were transmitted to her home-brewed server, and she has committed no wrongdoing.

The State Department is set to release 2,000 pages of Mrs. Clinton’s emails on Friday evening. The department has about 7,000 additional pages it’s delayed in releasing. The White House said Friday the delay in releasing the emails occurred because of the large volume of documents and because administration officials are being careful about coordinating with other agencies to examine the documents to determine whether they contain classified information.

White House officials are said to be increasingly worried that Mrs. Clinton could be indicted during the presidential race, or that FBI agents will interview her as part of the probe, leading to negative publicity for her campaign.

“I’m not willing to say it was an error in judgment because what — nothing that I did was wrong,” Mrs. Clinton said of her private email use at CNN’s Town Hall Monday. “It was not in anyway prohibited.”

Fox News reported that some of the withheld emails include intelligence from “special access programs,” or SAP, which is considered beyond “Top Secret” classification. At least one of Mrs. Clinton’s emails contained information identified as “HCS-O,” which is code for intelligence from human spying, Fox said.

Under the Freedom of Information Act, there is an exemption that allows for highly sensitive information to be withheld in full, a carve-out mostly used by the CIA and National Security Agency. The majority of Mrs. Clinton’s classified emails have been heavily redacted, but still released to the public.

FBI officials are said to be looking at Mrs. Clinton’s emails, focusing on the criminal code pertaining to “gross negligence” in the handling and storage of classified information and “public corruption.”

Rep. Adam Schiff, ranking Democrat on the House intelligence committee, defended Mrs. Clinton on Friday, saying he’s seen many of the secret emails in question. He said the fact that it took the government six months to officially deem them classified shows how tough those decisions are.

“It’s important to remember that none of these emails had any classification markings at the time they were sent, and Secretary Clinton and her staff were responding to world events in real time without the benefit of months of analysis after the fact,” he said.