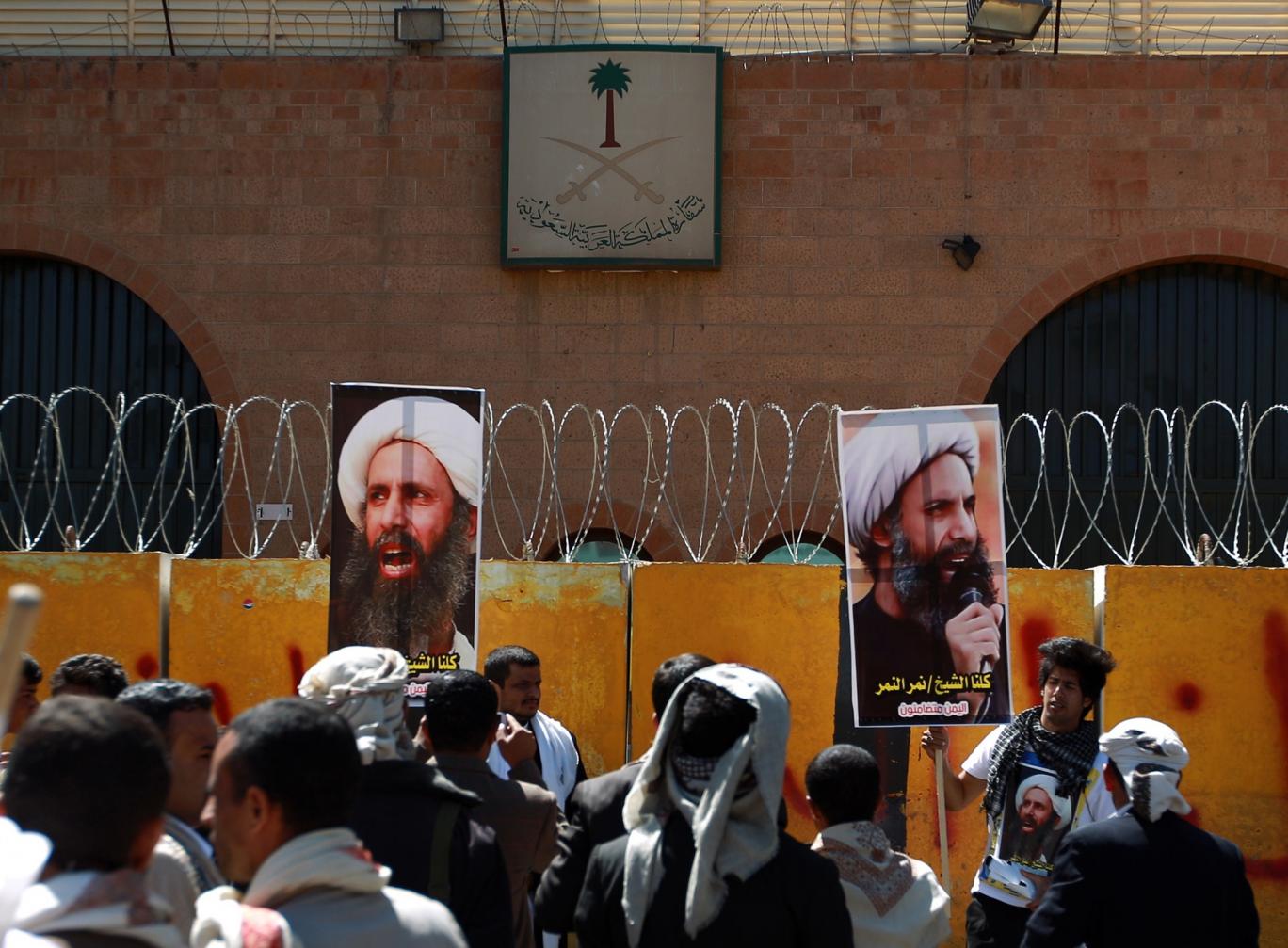 He was among 47 people put to death after being convicted of terrorism offences, it said in a statement.

Sheikh Nimr was a vocal supporter of the mass anti-government protests that erupted in Eastern Province in 2011, where a Shia majority have long complained of marginalisation.

Shia-led Iran said Saudi Arabia would pay a “high price” for the execution.

A foreign ministry spokesman said Riyadh “supports terrorists… while executing and suppressing critics inside the country”.

Iranian state TV reported that the Saudi charge d’affaires in Iran had been summoned to the foreign ministry.

Iran is the main regional rival of Sunni-ruled Saudi Arabia.

At least one protest march was held in Qatif, in Eastern Province, where security has been raised.

Protesters shouted the slogans “The people want the fall of the regime”, and “Down with the al-Saud family”, reminiscent of the 2011 protests.

The BBC understands that among those executed was a man convicted of shooting dead a freelance cameraman on an assignment for the BBC, Simon Cumbers, in 2004.

Adel al-Dubayti was sentenced in November 2014 for his role in multiple al-Qaeda attacks including the one in the capital Riyadh in which Cumbers was killed and which also left reporter Frank Gardner critically injured.

Those also put to death include Sunnis convicted of involvement in al-Qaeda-linked terror attacks in 2003. Of the 47 executed, one was a Chadian national while another was Egyptian. The rest are Saudis.

As they moved in to arrest Sheikh Nimr, the Saudis were well aware that this was a case that would cause ructions.

Here was a prominent, outspoken cleric who articulated the feelings of those in the country’s Shia minority who feel marginalised and discriminated against. This was a figure active on the sensitive Sunni-Shia sectarian fault line that creates tension in the Kingdom and far beyond.

As the Shia power in the region, Iran takes huge interest in the affairs of Shia minorities in the Middle East. And it was inevitable that Tehran and Riyadh would clash over the treatment of Sheikh Nimr.

The Iranians had warned that the death sentence handed to him should not be carried out. But one of the principal concerns of the Saudis is what they see as the growing influence of Iran in places like Syria, Iraq and elsewhere. So perhaps it is not so surprising that they were not going to be swayed by Iranian pressure in this most sensitive case in their own backyard.

The international rights group Reprieve called the executions “appalling”, saying at least four of those killed, including Sheikh Nimr, were put to death for offences related to political protest.

Protests broke out in early 2011 in the oil-rich Eastern Province in the wake of the Arab Spring.

Sheikh Nimr’s arrest in the following year, during which he was shot, triggered days of protests in which three people were killed.

Who was Sheikh Nimr al-Nimr?

His death sentence was confirmed in October 2014, with his family saying he had been found guilty among other charges of seeking “foreign meddling” in the kingdom.

Sheikh Nimr’s supporters say he advocated only peaceful demonstrations and eschewed all violent opposition to the government.

The cleric’s nephew, Ali al-Nimr, who was 17 when he was arrested following the demonstrations and also faces execution, was not listed as one of those killed.

His brother, Mohammed al-Nimr, said he hoped any reaction to the execution would be peaceful.

Lebanon’s Shia council called the execution a “grave mistake” while the Hezbollah militant group said it was an “assassination”.

Police in Bahrain, which has seen tensions between the majority Shia population and its Sunni rulers, fired tear gas on protesters angry at the execution.