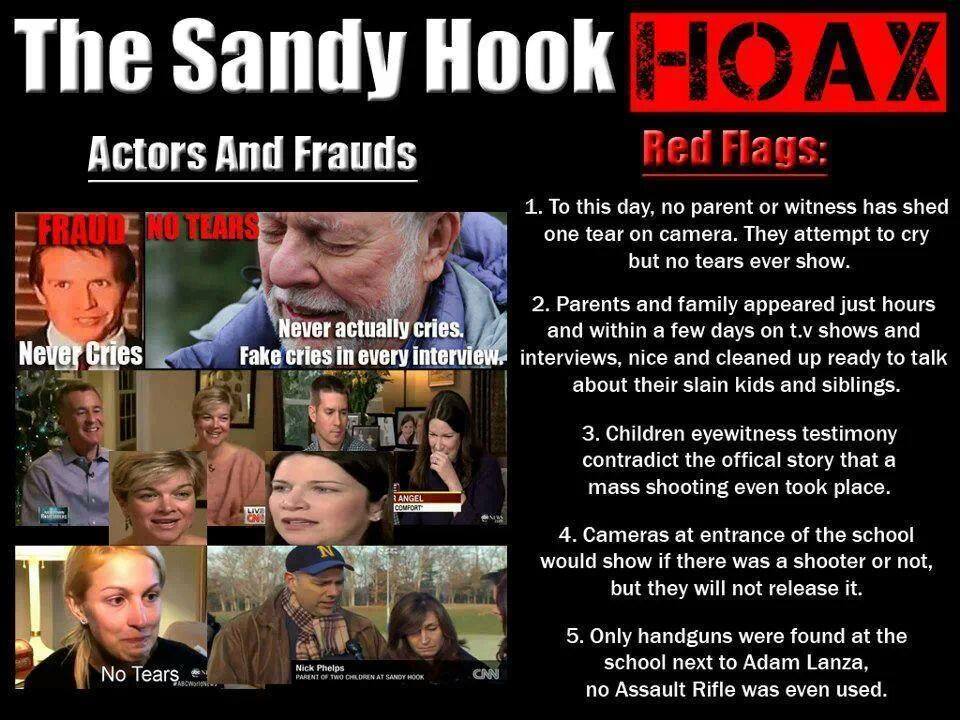 As I wrote in 2014 (and here), Wolfgang Halbig has the perfect combination of expertise to evaluate what happened at Sandy Hook Elementary School:

His conclusion after almost three years of motivated investigation:

“In my professional opinion, [Sandy Hook was] a scripted event… in planning for maybe two, two and a half years.”

Mr. Halbig’s response is demand for criminal arrests of “leaders” involved in Sandy Hook based on rational embrace of the public evidence. Among ~30 areas of game-changing objective facts:

Why the false flags?

As I previously wrote, put yourself in the shoes of the evil .01% for a few moments. How you roll is withEmperor’s New Clothes obvious crimes:

Ok, now embrace the present that corporate media no longer can “cover” your crimes:

Got that picture, along with how you .01%-ers roll?

So you ask your advisors what to do. You receive something like this:

“Your masterships: the downfall of corporate media and uprise of independent media reporting comprehensive facts means that your Emperor’s New Clothes deception is certain to end. Trending media data that your propaganda is being replaced with truth makes this outcome absolutely certain. What is not certain, my lords, is when the tipping-point will occur; but when it does, your reign of lovely evil will end as quickly as anything else slamming to the ground when tipped-over. In respectful summary, my masters, you are fucked. The only way to avoid your demise is to win a rapid endgame of multiple false flag terror attacks to implement the martial law you’ve always dreamed of to rightly control your sheeple. This opening might win enough support among the ignorant to demonize “truthers” (no offense to your demonic magnificence with that term, my lords), throw their asses into FEMA camps, and end their lives at your sadistic pleasure. Hail Hydra. Hail Satan.”

You go with the advice and accelerate false flag attacks. They seem to have particular interest in gun confiscation (here, here). As I wrote, our .01% “leaders” will work to fire people like Professor Jim Tracy who raise the points in this article. Jim is one of six Ph.Ds who created the outstanding free book I cite,Nobody died at Sandy Hook.

What is a solution?

I continue to assert a proven, obvious, and legal method:

▪ Arrests of .01% “leaders” for obvious crimes centering in war, money and lies (4-part series on arrests with videos).

▪ Leveraging a reclaimed media, continue arrests with generous plea bargains and Truth & Reconciliation for testimony, documentary evidence, and physical evidence to best put the “Big Picture” together in preparation to build the brighter future for all Earth’s inhabitants’ success.

▪ SOLUTIONS: the .01% with corporate media have suppressed solutions documented beginning with Benjamin Franklin how government can abundantly operate without taxes: monetary and credit reform allow the public to have near-instant prosperity: full-employment, zero public deficits and debt, the best infrastructure we can imagine, falling prices, and release of public TRILLIONS held in “rainy day” accounts. Full documentation here.

Wolfgang Halbig’s 2-hour expert training in school safety versus what the evidence shows at Sandy Hook:

Note: I make all factual assertions as a National Board Certified Teacher of US Government, Economics, and History, with all economics factual claims receiving zero refutation since I began writing in 2008among Advanced Placement Macroeconomics teachers on our discussion board, public audiences of these articles, and international conferences. I invite readers to empower their civic voices with the strongest comprehensive facts most important to building a brighter future. I challenge professionals, academics, and citizens to add their voices for the benefit of all Earth’s inhabitants.