Breaking: They may have “entirely lost control of entire field” involved in LA gas disaster” 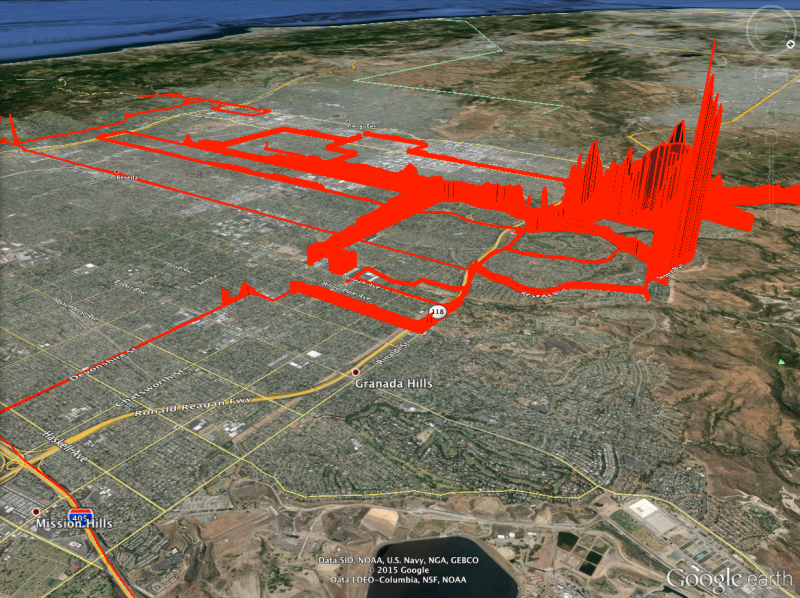 Breaking: They may have “entirely lost control of entire field” involved in LA gas disaster

… and it’s coming up everywhere… We learned there’s many other leaks -Attorney — Officials: Loud sound of gas escaping heard half mile away… It’s a “mini-Chernobyl” — AP: Leak “out of control” — TV: Amount released “seriously underestimated” (VIDEO)

Porter Ranch Town Hall Meeting, Jan 22, 2016 (emphasis added) — Patricia Oliver, attorney (at 11:30 in): “Now it’s kind of simple — if you have a well blow-out, you quit injecting [more gas] underground… No order had been issued [to stop this] though… We sent a letter [to the Division of Oil, Gas & Geothermal Resources (DOGGR)] saying, “Stop all of the injections, until you can stop the leak”… So we sent a letter on Dec. 1 asking them to stop all injections… Nine days later, they said, “Stop injecting gas”… You’d think that at least temporarily settled it — because if [SoCalGas] didn’t like that, SoCalGas could have temporarily appealed… I have no record of appeal… AQMD [Air Quality Management District] inspected the facility on Nov. 10… and they found all these wells that weren’t accessible — 16 approximately… We don’t know yet why they were inaccessible. We also learned that 15 wells were leaking. We also don’t know why that happened. I spoke at the AQMD hearing this last week and said, “I’m concerned that the fact that now you guys are looking at these injection wells — you don’t know what that means.” You see, DOGGR knows what that means — and that’s a sign that SoCalGas lost control entirely of the entire field and it’s leaking everywhere… So we were like, “We want proof. Now if it’s just coincidental, and you show us why that’s not what’s happening, that’s fine, but provide the evidence”… Families have a right to know what’s going on in that oil field.” (Audience applauds)

Rep. Brad Sherman, U.S. House of Representatives, Jan 21, 2016 (at 17:45): “This the largest natural gas leak in history. We were up there yesterday… what we heard was a loud sound of natural gas escaping that you could hear quite loudly from over half a mile away.”

The Guardian, Jan 11, 2016: Residents attack slow response to what official called ‘a mini-Chernobyl’… “This is a mini-Chernobyl,” Mike Antonovich, the LA county supervisor, told a public hearing at the weekend… [It] is the largest leak of… methane known to experts.

CBS LA, Jan 15, 2016: A new report shows the level of toxins released… has been seriously underestimated, state regulators said… The findings were released in response to [SoCalGas’ admission that they] underestimated the number of times the cancer-causing chemical benzene has spiked.

AP, Jan 22, 2016: AP, Jan 22, 2016: Officials Waited Months To Monitor California’s Massive Gas Leak — A massive natural gas leak… had been out of control for more than a month when the county’s acting health director said in November that long-term impacts of the cancer-causing chemical benzene should be measured. It took many more weeks to implement the testing… “We can always look back and say, ‘Why didn’t we start with an expanded monitoring program?’” said Angelo Bellomo, deputy county director for health protection… Interim Public Health Director Cynthia Harding [said] Nov. 25 that air monitoring needed to be expanded… Rob Jackson, an environmental scientist at Stanford University, said he wasn’t sure why there was a delay in setting up better monitoring equipment, but that it had undermined the ability to measure health impacts.