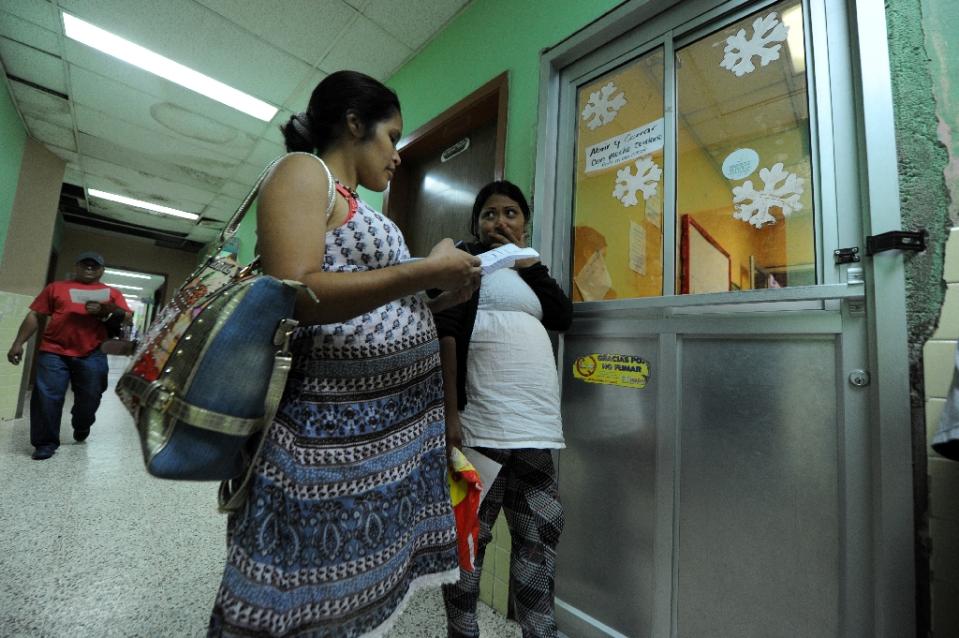 With the sting of a mosquito bite and a fever, many pregnant women may not know that they caught the Zika virus — until it strikes their unborn child.

Now authorities in some Latin American countries are warning women to avoid getting pregnant for fear of the virus.

Babies across the region, and at least one in the United States, have been born with abnormally smaller heads — a condition doctors call microcephaly, which can cause brain damage.

The scare has struck hardest in Brazil, which hosts the summer Olympic Games in August.

It is one of 22 territories that the United States has warned pregnant women not to visit because of the Zika risk. 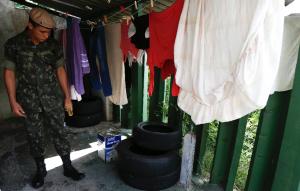 “I am very afraid,” said Jacinta Silva Goes, a 39-year-old cleaning lady in Sao Paulo who is expecting her third child.

“For the moment, I am not using mosquito repellent because the doctor has not told me to. He has not spoken to me about Zika,” she told AFP.

The US Centers for Disease Control and Prevention on Friday extended the list of territories on its no-go list for pregnant women. 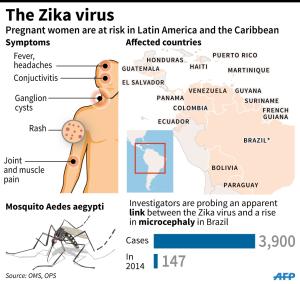 Factfile on the Zika virus after an outbreak in parts of South America.
–

The World Health Organization (WHO) this week noted a surge in cases of microcephaly in Brazil, the country most affected by the current epidemic.

WHO spokesman Christian Lindmeier said Friday there were 3,893 suspected microcephaly cases in Brazil, which included 49 deaths. Before last year there were about 160 cases of microcephaly in Brazil on average.

“The link between the Zika and the microcephaly… is still being investigated,” Lindmeier said, but acknowledged that Zika “seems the strongest candidate.”

He said there were “about 20 countries in the Americas which are reporting Zika cases, and about 10 in Africa, Asia and the Pacific,” but the biggest outbreaks were in Brazil, Colombia and elsewhere in Latin America. 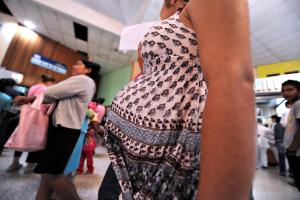 Scientists from Brazil’s Fiocruz Institute and Parana Catholic University published a study of a case that showed the virus had passed from an infected woman to her baby through the placenta.

Across Latin America, citizens and officials have responded to the scare.

The price of mosquito repellent has risen in Brazil, where Health Minister Marcelo Castro said Friday that a “war” against the Aedes aegypti type, which carries dengue, chicungunya and Zika, was failing.

“For nearly 30 years the mosquito has been transmitting these illnesses to our population and since then we’ve been fighting, but we are losing,” he was quoted as saying by Brazil’s G1 news site.

In the Peruvian capital Lima, authorities disinfected a big cemetery for fear that Zika-bearing mosquitos were breeding in the flower pots. 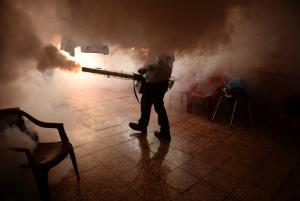 Proposed measures to contain the illness include
stepped-up mosquito eradication.
–

Ecuador, Colombia and El Salvador have advised couples to avoid pregnancy for the time being. A medical school in Honduras issued the same advice.

There is no overall figure for the number of cases detected.

Zika has also been reported in the United States: three cases were detected in Florida in people who had recently traveled to Latin America.

The CDC said a newborn in Hawaii was found to have brain damage linked to Zika.

The baby was born to a woman who had been living in Brazil early in her pregnancy.

The scare came as many people prepared to travel to and around Brazil for the February carnival — not to mention months before visitors from around the world will come for the Olympics.

The organizing committee for the Games said it hopes the slightly cooler, dryer weather in August will ease the problem by curbing the breeding of the mosquitos.

In Paris, Emilie Goldman, 33, had been planning a holiday to Bahia in northeastern Brazil, but canceled it at the last minute because she is pregnant with her first child.

“No one was talking about it in France, but I started talking to doctors to know about the possible effects,” she told AFP.

“I realized that for a week of holidays, it was not worth the risk.”