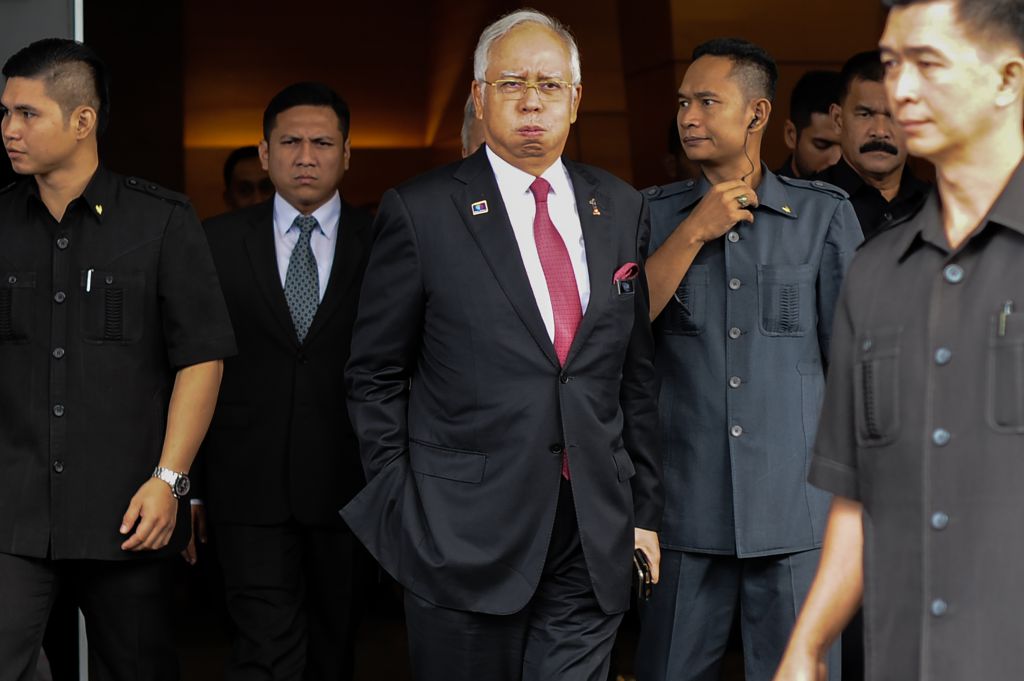 Over the course of the last six months, we’ve documented the curious case of 1MDB, Malaysia’s government investment fund founded in 2009.

It’s a long and exceptionally convoluted story that doesn’t exactly lend itself to a concise summary but suffice to say that the development bank was something of a black box right from the beginning and in 2013, some $680 million allegedly tied to 1MDB ended up in Malaysian PM Najib Razak’s personal bank account just prior to an election.

There are any number of twists and turns in the 1MDB story including two bond offerings facilitated by a Goldman banker with ties to Najib and his wife, some shenanigans with a subsidiary of an Abu Dhabi sovereign wealth fund, a questionable Cayman Islands account or two, a dispute with KPMG, and an Australian firm that specialized in Malaysian penny stocks, but at the end of the day, Malaysians just want to know what exactly will come of an investigation into how Najib ended up with nearly three quarters of a billion dollars.

As it turns out, nothing will come of the investigation. On Tuesday, Malaysia’s top prosecutor Attorney General Mohamed Apandi Ali cleared Najib of any wrongdoing and ordered the probe into the transfer closed.

The money, apparently, was a “personal donation” from the Saudis and substantially all of it was “returned,” the investigating body said. “The four-page statement didn’t address several issues that Malaysians have sought answers to, such as: Who specifically donated the money?; Why was it donated?; And what happened to the money that wasn’t returned?,” WSJ remarked on Tuesday.

All important questions to be sure.

After all, one doesn’t simply transfer $681 million to someone else’s bank account for no reason, and Apandi seems to think Malaysians won’t notice the fact that $61 million of the funds are still unaccounted for.

“This issue has been an unnecessary distraction for the country,” Najib said in a statement. “Now that the matter has been comprehensively put to rest, it is time for us to unite and move on.”

Yes, it’s time to “unite and move on,” and there’s no reason for anyone to ask any more questions about why the Saudi royal family inexplicably “donated” $681 million to the PM who by all accounts seems to have simply pocketed $61 million of the total, nor is there any reason to ask why Najib decided to return the majority of the money five months later.

Najib’s statement also said there were no strings attached to the transfer. “The donor didn’t expect anything in return from Mr. Najib in relation to his capacity as a prime minister,” the PM’s office went on to insist.

Right. So the Saudis just gave away $681 million and didn’t expect anything at all in return. That makes all kinds of sense. It’s more likely that the money has some connection to a $1.8 billion joint venture between 1MD and PetroSaudi, although as today’s judgement makes abundantly clear, we’ll likely never know the whole story.

For its part, Riyadh says it will look into the matter but because the “donation” was made under the previous government, the secrets may be buried with King Abdullah.

As if all of the above wasn’t enough, Najib also received “around” $14 million in transfers from another entity tied to 1MDB early last year. “That money entered his accounts from SRC International, a unit of the Finance Ministry, which Mr. Najib also heads, via Ihsan Perdana, which carries out corporate social responsibility for 1MDB, the earlier Malaysian government probe found,” WSJ goes on to recount. Hilariously, Apandi concluded that “there was no evidence that Mr. Najib was aware” of those transfers. So an entity under the PM’s control transferred $14 million to his bank accounts and he was completely oblivious to it. Got it.

Needless to say, Apandi’s move to exonerate Najib has done absolutely nothing to appease the PM’s critics. “Mr. Apandi has provided no new or convincing information or arguments to show the fund transfers were bona fide and not used for corruption,” one opposition lawmaker said.

Fortunately, separate investigations are being conducted in multiple other countries including the US where the FBI is looking into “luxury real estate” the PM owns in New York and Los Angeles.

We’re confident the US government will take this probe very seriously.

Next up, more street protests in Kuala Lumpur.