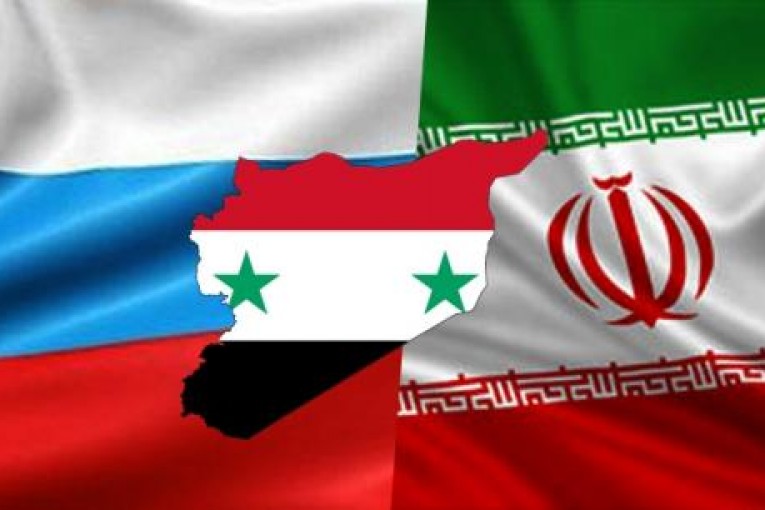 Even the UN gets it: Ban Ki-moon condemns US position on Syria, endorses Putin 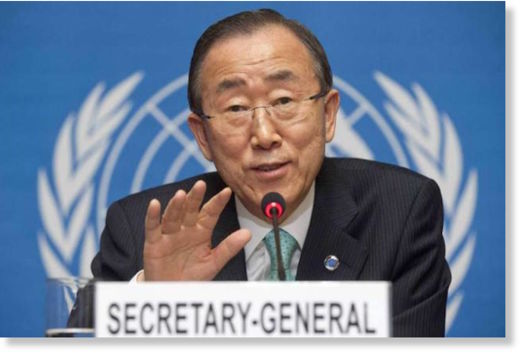 In an interview with Spanish newspapers that was published October 31st, U.N. Secretary General Ban Ki-Moon condemned U.S. President Barack Obama’s demand that Syrian President Bashar al-Assad be removed from office, and Moon said: “The future of Assad must be determined by the Syrian people.”

Here is the entire quotation:

“The future of President Assad must be decided by the Syrian people. Now, I do not want to interfere in the process of Vienna, but I think it is totally unfair and unreasonable that the fate of a person [diplomatese here for: U.S. President Barack Obama’s demand that Assad be removed from the Presidency of Syria] to paralyze all this political negotiation.

250,000 people have been killed. There are 13 million refugees or internally displaced. Over 50% of hospitals, schools and infrastructure has been destroyed in Syria.

You must not lose more time. This crisis goes beyond Syria, beyond the region. It affects Europe. It is a global crisis.”

The U.N. Secretary General is here implicitly blaming all of this — lots of blood and misery — on U.S. President Obama, and on the “many Western countries” who ally with him and have joined with him in demanding regime-change in Syria.

The position of Russia’s President Vladimir Putin has been, and is, to the exact contrary of Obama’s: namely, that only an election by the Syrian people can determine whom Syria’s President should be. The U.N. Secretary General is here agreeing with Putin, and rejecting Obama’s demand, that the matter be determined instead by non-Syrians, and by non-democratic means (which is basically like George W. Bush did in Iraq, and like Barack Obama did in Libya).

Suckers in the West fall for the Western aristocracies’ line that Putin and not Obama is wrong on this and is the cause of the dragged-out Syrian war. Such fools don’t even ask themselves whether in this dispute it is Obama, or instead Putin, who is supporting the most basic democratic principle of self-rule by the people. But the average individual is that manipulable: so manipulable as to think that black is white, and white is black; that good is bad, and bad is good. Totally manipulable.

This interview was buried by Spanish newspapers, because the Spanish government is allied with the United States. For example, the most prominent Spanish newspaper to publish even quotations from this interview is El Pais, and their headline for the story is “Catalonia is not among the territories with the right to self-determination.” Even there, the headline is false. What Moon actually said instead on that issue of the Catalonian independence movement, was:

“The Catalan question is a very delicate matter and, while the UN Secretary General, I’m not in a position to comment on that because it is a purely internal matter.”

Lies and distortions in the Western ‘news’ media are that routine: so obvious, sometimes, virtually any intelligent reader can easily recognize that he’s reading lies and propaganda (like in that ‘news’ story).

This newspaper actually buried the part about Assad and Obama (the blockbuster in the entire story) near the end, but not at the very end, of its report, because one of the standard things that ‘news’ media do if they want to de-emphasize a particular point is to bring the matter up near the end but not at the end. To place it at the end, would emphasize, instead of de-emphasize, the given point: it’s not the professional way to bury news. Knowledge of how to bury news is important for the managers of any ‘news’ medium, because such knowledge is essential in order to make the medium achieve the objectives of the medium’s owner, the propagandistic function, which is the main reason why wealthy people buy major ‘news’ media, and why major corporations chose to advertise in (and thereby subsidize) these media (which increases that given ‘news’ media-owner’s income).

As to why the managers (including editors) of El Pais wanted their ‘reporter’ to misrepresent Moon as being opposed to Catalan independence, the reason is that the owners of El Pais are opposed to Catalan independence. It’s not only in the editorials. With very few exceptions, a newspaper’s editorials and its ‘news’ reporting are slanted the same way. However, sometimes, for particular reasons, the editorial position is instead slanted the opposite way from the ‘news’ ‘reporting.’ Public relations, or PRopaganda, is a science, not for amateurs. And a major function of management is to apply that science so as to maximize value for the medium’s owners. It’s like any business, but the press is also part of the business of government: moulding the public’s opinions so as to serve the needs of the aristocracy that owns the vast majority of the nation’s wealth. The idea of ‘the free press’ is itself PRopaganda. In reality, the press is far from free.

Anyway, Ban ki-Moon took a rare courageous position here: what he said was correct, though it’s virtually unmentionable in the West. For example: how widely is this news-report being published? It was submitted to virtually all national news-media in the U.S. and several other Western countries. You can google the headline, “Ban Ki Moon Condemns the American Stand on Syria, Endorses Putin’s” to find out how many (and which ones) are actually publishing it.