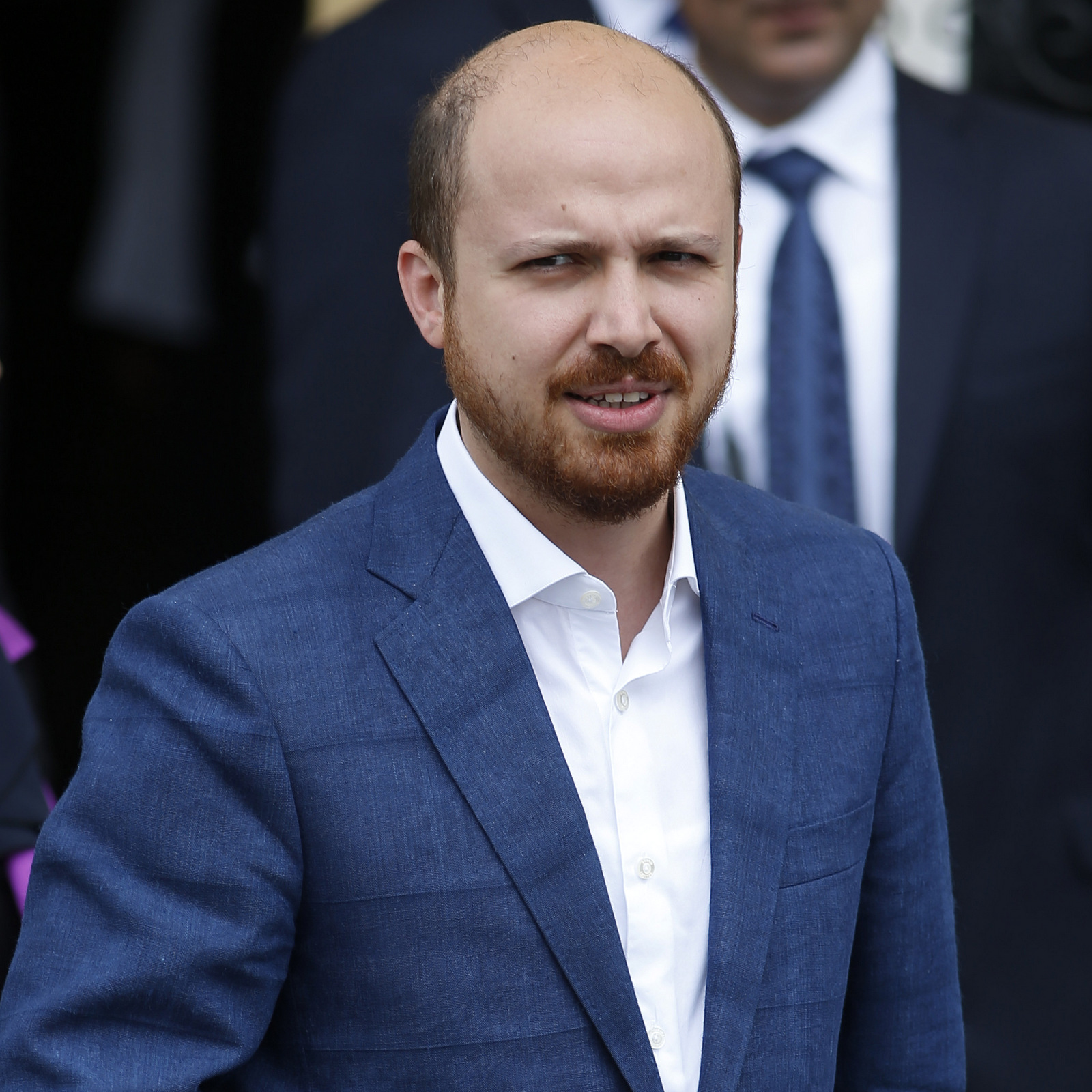 Russia’s Sergey Lavrov is not one foreign minister known to mince his words. Just earlier today, 24 hours after a Russian plane was brought down by the country whose presidentthree years ago said “a short-term border violation can never be a pretext for an attack”, had this to say: “We have serious doubts this was an unintended incident and believe this is a planned provocation” by Turkey.

But even that was tame compared to what Lavrov said to his Turkish counterparty Mevlut Cavusoglu earlier today during a phone call between the two (Lavrov who was supposed to travel to Turkey has since canceled such plans).

As Sputnik transcribes, according to a press release from Russia’s Ministry of Foreign Affairs, Lavrov pointed out that, “by shooting down a Russian plane on a counter-terrorist mission of the Russian Aerospace Force in Syria, and one that did not violate Turkey’s airspace, the Turkish government has in effect sided with ISIS.”

It was in this context when Lavrov added that “Turkey’s actions appear premeditated, planned, and undertaken with a specific objective.”

More importantly, Lavrov pointed to Turkey’s role in the propping up the terror network through the oil trade. Per the Russian statement:

“The Russian Minister reminded his counterpart about Turkey’s involvement in the ISIS’ illegal trade in oil, which is transported via the area where the Russian plane was shot down, and about the terrorist infrastructure, arms and munitions depots and control centers that are also located there.”

Others reaffirmed Lavrov’s stance, such as retired French General Dominique Trinquand, who said that “Turkey is either not fighting ISIL at all or very little, and does not interfere with different types of smuggling that takes place on its border, be it oil, phosphate, cotton or people,” he said.

The reason we find this line of questioning fascinating is that just last week in the aftermath of the French terror attack but long before the Turkish downing of the Russian jet, we wrote about “The Most Important Question About ISIS That Nobody Is Asking” in which we asked who is the one “breaching every known law of funding terrorism when buying ISIS crude, almost certainly with the tacit approval by various “western alliance” governments, and why is it that these governments have allowed said middleman to continue funding ISIS for as long as it has?”

Precisely one week later, in even more tragic circumstances, suddenly everyone is asking this question.

And while we patiently dig to find who the on and offshore “commodity trading” middleman are, who cart away ISIS oil to European and other international markets in exchange for hundreds of millions of dollars, one name keeps popping up as the primary culprit of regional demand for the Islamic State’s “terrorist oil” – that of Turkish president Recep Erdogan’s son: Bilal Erdogan.

After graduating from Kartal Imam Hatip High School in 1999, Bilal Erdogan moved to the US for undergraduate education. He also earned a Masters Degree in John F. Kennedy School of Government at Harvard University in 2004. After graduation, he served in the World Bank as intern for a while. He returned Turkey in 2006 and started to his business life. Bilal Erdogan is one of the three equal shareholders of “BMZ Group Denizcilik “, a marine transportation corporation.

Here is a recent picture of Bilal, shown in a photo from a Turkish 2014 article, which “asked why his ships are now in Syria”:

In the next few days, we will present a full breakdown of Bilal’s various business ventures, starting with his BMZ Group which is the name implicated most often in the smuggling of illegal Iraqi and Islamic State through to the western supply chain, but for now here is a brief, if very disturbing snapshot, of both father and son Erdogan by F. William Engdahl, one which should make everyone ask whether the son of Turkey’s president (and thus, the father) is the silent mastermind who has been responsible for converting millions of barrels of Syrian Oil into hundreds of millions of dollars of Islamic State revenue.

More and more details are coming to light revealing that the Islamic State in Iraq and Syria, variously known as ISIS, IS or Daesh, is being fed and kept alive by Recep Tayyip Erdogan, the Turkish President and by his Turkish intelligence service, including MIT, the Turkish CIA. Turkey, as a result of Erdogan’s pursuit of what some call a Neo-Ottoman Empire fantasies that stretch all the way to China, Syria and Iraq, threatens not only to destroy Turkey but much of the Middle East if he continues on his present path.

In October 2014 US Vice President Joe Biden told a Harvard gathering that Erdogan’s regime was backing ISIS with “hundreds of millions of dollars and thousands of tons ofweapons…” Biden later apologized clearly for tactical reasons to get Erdo?an’s permission to use Turkey’s Incirlik Air Base for airstrikes against ISIS in Syria, but the dimensions of Erdogan’s backing for ISIS since revealed is far, far more than Biden hinted.

ISIS militants were trained by US, Israeli and now it emerges, by Turkish special forces at secret bases in Konya Province inside the Turkish border to Syria, over the past threeyears. Erdo?an’s involvement in ISIS goes much deeper. At a time when Washington, Saudi Arabia and even Qatar appear to have cut off their support for ISIS, they remaining amazingly durable. The reason appears to be the scale of the backing from Erdo?an and his fellow neo-Ottoman Sunni Islam Prime Minister, Ahmet Davuto?lu.

The prime source of money feeding ISIS these days is sale of Iraqi oil from the Mosul region oilfields where they maintain a stronghold. The son of Erdogan it seems is the man who makes the export sales of ISIS-controlled oil possible.

Gürsel Tekin vice-president of the Turkish Republican Peoples’ Party, CHP, declared in a recent Turkish media interview, “President Erdogan claims that according to international transportation conventions there is no legal infraction concerning Bilal’s illicit activities and his son is doing an ordinary business with the registered Japanese companies, but in fact Bilal Erdo?an is up to his neck in complicity with terrorism, but as long as his father holds office he will be immune from any judicial prosecution.” Tekin adds that Bilal’s maritime company doing the oil trades for ISIS, BMZ Ltd, is “a family business and president Erdogan’s close relatives hold shares in BMZ and they misused public funds and took illicit loans from Turkish banks.”

In addition to son Bilal’s illegal and lucrative oil trading for ISIS, Sümeyye Erdogan, the daughter of the Turkish President apparently runs a secret hospital camp inside Turkey just over the Syrian border where Turkish army trucks daily being in scores of wounded ISIS Jihadists to be patched up and sent back to wage the bloody Jihad in Syria, according to the testimony of a nurse who was recruited to work there until it was discovered she was a member of the Alawite branch of Islam, the same as Syrian President Bashar al-Assad who Erdogan seems hell-bent on toppling.

Turkish citizen Ramazan Bagol, captured this month by Kurdish People’s Defence Units,YPG, as he attempted to join ISIS from Konya province, told his captors that said he was sent to ISIS by the ‘Ismailia Sect,’ a strict Turkish Islam sect reported to be tied to Recep Erdogan. Baol said the sect recruits members and provides logistic support to the radical Islamist organization. He added that the Sect gives jihad training in neighborhoods of Konya and sends those trained here to join ISIS gangs in Syria.

According to French geopolitical analyst, Thierry Meyssan, Recep Erdogan “organised the pillage of Syria, dismantled all the factories in Aleppo, the economic capital, and stole the machine-tools. Similarly, he organised the theft of archeological treasures and set up an international market in Antioch…with the help of General Benoît Puga, Chief of Staff for the Elysée, he organised a false-flag operation intended to provoke the launching of a war by the Atlantic Alliance – the chemical bombing of la Ghoutta in Damascus, in August 2013. “

Meyssan claims that the Syria strategy of Erdo?an was initially secretly developed in coordination with former French Foreign Minister Alain Juppé and Erdogan’s then Foreign Minister Ahmet Davuto?lu, in 2011, after Juppe won a hesitant Erdogan to the idea of supporting the attack on traditional Turkish ally Syria in return for a promise of French support for Turkish membership in the EU. France later backed out, leaving Erdogan to continue the Syrian bloodbath largely on his own using ISIS.

Gen. John R. Allen, an opponent of Obama’s Iran peace strategy, now US diplomatic envoy coordinating the coalition against the Islamic State, exceeded his authorized role after meeting with Erdogan and “promised to create a “no-fly zone” ninety miles wide, over Syrian territory, along the whole border with Turkey, supposedly intended to help Syrian refugees fleeing from their government, but in reality to apply the “Juppé-Wright plan”. The Turkish Prime Minister, Ahmet Davutoglu, revealed US support for the project on the TV channel A Haber by launching a bombing raid against the PKK.” Meyssan adds.

There are never winners in war and Erdogan’s war against Syria’s Assad demonstrates that in bold. Turkey and the world deserve better. Ahmet Davutoglu’s famous “Zero Problems With Neighbors” foreign policy has been turned into massive problems with all neighbors due to the foolish ambitions of Erdogan and his gang.