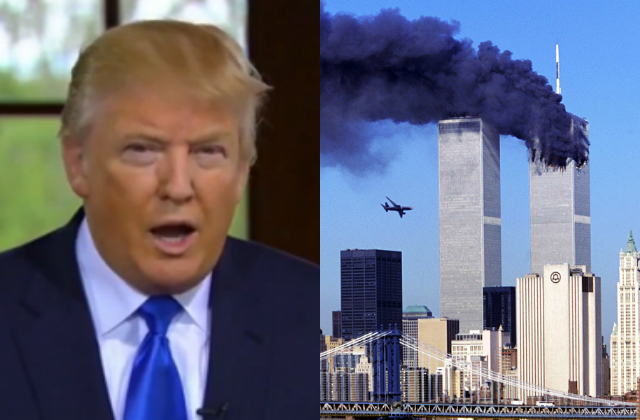 Donald Trump says that George W. Bush knew 9/11 was coming and had “advanced knowledge” of the attack, but he failed to stop it:

Overwhelming evidence shows that 9/11 was foreseeable. Indeed, Al Qaeda crashing planes into the World Trade Center and the Pentagon was itself foreseeable. Even the chair of the 9/11 Commission said that the attack was preventable.

A top NSA whistleblower says that the NSA had all of the information it needed prior to 9/11 to stop the attacks. The only reason NSA didn’t share that information with other agencies is because of corruption … in an effort to consolidate power.

Why didn’t this stop the terror attacks?

Top security experts agree that mass surveillance is actually ineffective … and actually makes us more vulnerableto terrorism, because it distracts people and resources from tried-and-trued counter-terrorism efforts which are effective and actually work.

Binney says government officials and contractors actually don’t want to solve the terrorism problem … Because once they solve it, they don’t have the “problem” to use as a basic justification to get more money (note … the video clips below are very brief clips which are well worth watching):

Binney says “the primary reason [the government is spying on everyone] is for money and building an empire”. But that – by pulling in information on all Americans – it’s making us more vulnerable to terrorism:

And he says that it would be easy to audit the intelligence community to avoid corruption, fraud and waste … but intelligence managers don’t want any oversight:

America is vulnerable to terrorism because our government officials have been more concerned with building an empire more than stopping terrorism:

A senior officer on the Joint Staff told State Department counter-terrorism director Sheehan he had heard terrorist strikes characterized more than once by colleagues as a “small price to pay for being a superpower”.

And we’re vulnerable to terrorism because we keep backing corrupt corrupt foreign dictators and launching wars to grab other countries’ resources.

And because our counter-terror efforts – including mass surveillance, drone strikes and torture – only increasedterrorism. The type of torture used was a special type which is only used for a corrupt reason: to produce FALSE confessions.

And the Co-Chair of the Congressional Inquiry into 9/11 and former Head of the Senate Intelligence Committee – Bob Graham – says that the Paris terror attack, ISIS, and other terrorist developments are a result of American officials covering up the truth about 9/11.

Bottom line: Americans’ safety and security is being sacrificed on the alter of corruption by the military-industrial complex.