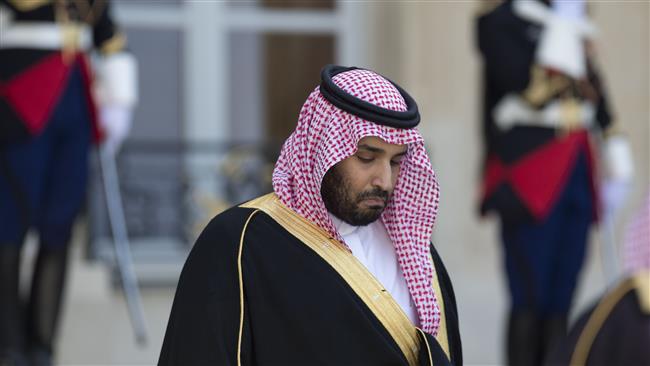 The presence of the convoy of the son of the Saudi King Salman bin Abdulaziz Al Saud in central Mina prompted the stampede that killed hundreds of pilgrims on the outskirts of the holy city of Mecca, a report says.

The Arabic-language daily al-Diyar said in a report on Thursday that the convoy of Prince Mohammad bin Salman Al Saud played a central role in the deadly crush on the third day of the annual Hajj pilgrimage earlier in the day.

The report said that Salman, who had sought to attend the huge gathering of pilgrims in Mina, a large valley about five kilometers (three miles) from Mecca, arrived at the site early on Thursday accompanied by a huge entourage.

The report said the presence of the prince in the middle of the population prompted a change in the direction of the movement of the pilgrims and a stampede.

The Lebanese daily further said that Salman and his entourage swiftly abandoned the scene, adding that the Saudi authorities seek to hush up the entire story and impose a media blackout on Salman’s presence in the area.

However, officials in Saudi Arabia have denied the report, calling it “incorrect.” The Saudi health minister has blamed the pilgrims for the tragedy. “If the pilgrims had followed instructions, this type of accident could have been avoided,” Khaled al-Falih said.

According to Iran’s Hajj and Pilgrimage Organization more than 1,300 people, including 125 Iranians, were killed in the crush. This as Saudi officials put the death toll at 717 and the number of injured at 863.

Leader of the Islamic Revolution Ayatollah Seyyed Ali Khamenei has declared three days of national mourning following the incident while urging the Saudi government to “shoulder its heavy responsibility” in the stampede and “meet its obligations in compliance with the rule of righteousness and fairness.”

Iran’s Deputy Foreign Minister for Arab and African Affairs Hossein Amir-Abdollahian said on Thursday that Saudi Arabia should be held accountable over the death of the pilgrims. He said that the fatal crush started after Saudi security forces blocked two streets while the pilgrims were walking towards the final ritual of the Hajj.

“We can by no means remain indifferent towards Saudi Arabia’s irresponsible behavior,” said Amir-Abdollahian, adding, “The tactlessness on the part of relevant Saudi authorities to provide security for the pilgrims cannot be overlooked.”