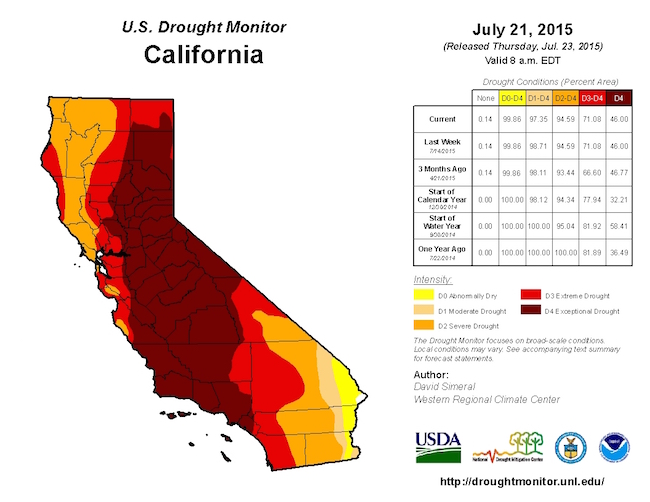 There is a very definite trend emerging throughout the global Mainstream Media. Increasingly the large news platforms are being forced to address the connection between geoengineering and global climate change.  The Guardian in London is only the latest MSM news outlet to cover this subject; albeit, in a wholly unprofessional and misleading manner.

Chemical geoengineering, when employed in tandem with HAARP technology, has been a proven weather modification modality.  Stratospheric enginneering as a means of solar radiation management has also been admitted to by various representatives within the U.S. Federal Government.  Of course, these revelations are usually made in an oblique way or with language that is dissembling at best.  Nevertheless, the gross proliferation of chemtrail aerosols by way of worldwide chemical geoengineering programs is becoming to difficult for the media to ignore.

Let’s face it, when the skies are literally crisscrossed with daily sky chemtrailing or the coastlines are the scene of one chembomb after another, it is quite difficult for the average person not to notice.  Particularly when sunny days are routinely obliterated with chemclouds on a daily basis are whole communities waking up to new reality of geoengineered weather.   As a result, making the leap to the reality that the historic California drought was deliberately geoengineered is now much easier for the uninitiated.

Even though The Guardian went out of its way to produce a quite shoddy piece of journalism on the ‘geoengineered’ California drought, it has still served to awaken their readers.  Calling various alternative news website “drought blamers” only serves to heighten the curiosity of their readership.  For instance The Guardian even linked to what is perhaps the single best essay on the internet produced by State of the Nation regarding the obvious correlation between the ongoing drought and its geoengineered causes.  The Guardian excerpt follows along with the embedded SOTN hyperlink.

This particular essay also makes an extremely strong case as to why the U.S. Government purposefully manufactured the California drought via chemical geoengineering techniques. Apparently someone at The Guardian must have been moved by its compelling narrative to have dedicated a whole paragraph to its discussion.  The subtitle of the same essay states what many environmental activists and health advocates have long known to be the case.

California residents and various concerned organizations are even banding together to compel CA Governor Jerry Brown to address this ever-worsening environmental catastrophe and emerging public health disaster.  Curiously, this unrelenting California drought began with Brown’s first day back in the Sacramento statehouse.  Therefore, many citizens wonder why he has yet to take this situation more seriously, and especially why he permits the California skies to be systematically chemtrailed.

At the end of the day, it may be Governor Brown who loses his job because of his tragic failure to responsibly address the true causes of this monumental drought.  When the 8th largest economy in the world is allowed to evaporate because the agricultural industry is deccimated by a manmade geoegineered drought, someone must be held accountable.

A lack of rain is way too simple an explanation for these conspiracy theorists – it’s why it hasn’t rained much in four years that matters: the US government is geoengineering the California climate 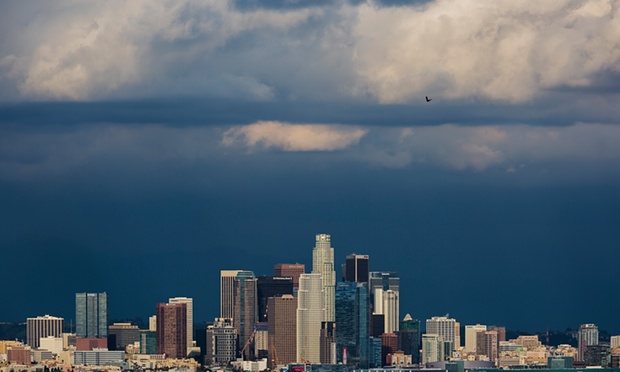 Those clouds are only there because the US government allowed them to be. Photograph: Ted Soqui/Ted Soqui Photography/Corbis

To most Californians, the state’s four-year drought is not all that mysterious: it just hasn’t rained in a very long time.

Then there are those for whom that’s way too simple an explanation.

Last week, a crowd of several hundred turned out in Redding, in northern California, to hear grave warnings from a solar power contractor named Dane Wigington that the weather has been taken over by government geoengineers spraying our skies with toxic chemicals in a doomed attempt to slow down global warming.

In April, an essay published under the name “State of the Nation” argued that the drought was not only artificially created, it was in fact a stepping-stone in the US military-industrial complex’s master plan to take over the planet and achieve “total control of all of Earth’s resources”.

The country’s leading conspirator, radio host Alex Jones, has jumped on the bandwagon, as has Natural News, a website known for its campaigns against public vaccination programs.

Quite why the US government would want to fry California to a crisp is a matter of some confusion and debate. But the longer the drought goes on – it is already the longest of the modern era – the more currency the fringe theories appear to be gaining.

“There is NO NATURAL WEATHER at this point,” Wigington’s website asserts. “The climate engineers decide when it will rain or snow, where, how much, and how toxic the rain or snow will be, where there will be drought or heat.”

The conspiracists are in no doubt: the government is spraying chemicals and artificially holding back weather patterns off the California coast to keep the rain away. They are doing this with planes – Wigington likes to show audience footage of thick contrails spewing into the sky, evidence he calls “undeniable” – but they may also have operated in the past from a military installation in Alaska, now closed, called the High Frequency Active Auroral Research Program, or HAARP.

HAARP has been a focus of conspiracy theorists for years and was previously blamed for Hurricanes Katrina and Sandy – even though its mandate, while it was operating, was to find clearer communications routes through the ionosphere and had nothing to do with climate.

Mainstream scientists and environmental activists listen to these theories and despair. “You want to pull your eyes out because these people are so fucking stupid,” David Allgood, political director of the California League of Conservation Voters, told the Guardian.

“The only agenda here is the agenda of the oil and coal companies. Exxon knew back in the 1970s that their products were destroying the planet and instead of doing something about it, they decided to go bribe the government. If people want to see conspiracies, it’s not the government causing them, it’s the fossil fuel industry.”

Wigington and his cohorts are not operating from pure fantasy. There is certainly a theory that by spraying certain chemicals into the air the effects of global warming might be slowed or reversed. There have certainly been experiments in “cloud-seeding” to provoke rainfall in different parts of the world going back to the 1950s – including unsuccessful attempts in California in the past couple years to help combat the drought.

But there is no evidence of weather manipulation techniques being used to combat global warming. Earlier this year, the Stanford climate scientist Ken Caldeira suggested that a small fleet of aircraft could do what large volcanoes do – “create a layer of small particles high in the atmosphere that scatters incoming sunlight back to space” – and thus cool the earth down.

The conspiracy theorists leapt on that line as vindication that they were right all along, without quoting what Caldeira said next: “It is possible, of course, that sustaining [this] kind of aerosol layer … would just make things worse. We just don’t know. We need to do the research.”

The conspiracies may die down if, as expected, an El Niño weather pattern brings heavy rainstorms to California this winter. Advocates like Wigington might also want to remember the example of Iran’s former president Mahmood Ahmadinejad, who in 2011 accused the west of conspiring to suck the water out of clouds above Iran as an act of aggression. As soon as Ahmadinejad finished speaking, the heavens opened.