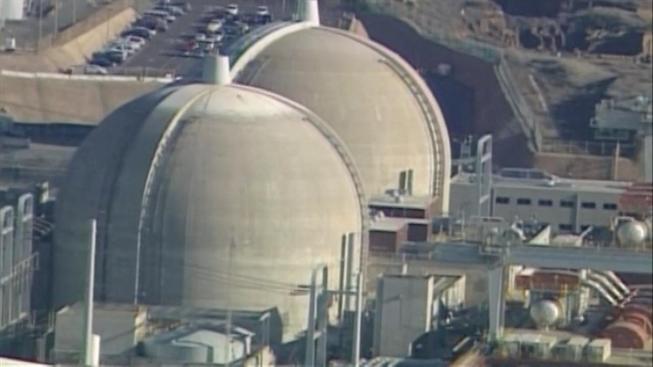 By JW August and Lynn Walsh

Documents newly obtained by NBC 7 Investigates during secret talks about the condition of the land where the San Onofre Nuclear Generating Station (SONGS) sits detail how nuclear material was handled at the plant since the 1980s.

The documents were released to individuals involved with the secret negotiations about the current condition and future handling of the 25-acre property. According to a source familiar with the negotiations, the secret meetings have been going on for about 20 months and involve all the players with a stake in the prime coastal property.

Those players include the U.S. Navy, which owns the property; the U.S. Marines, whose base surrounds the property; and Southern California Edison (SCE) and San Diego Gas and Electric (SDG&E), both of which hold the lease to the property.

A source close to the lease negotiations told NBC 7 Investigates that SCE and SDG&E want out of the lease as soon as possible. According to the source, the team representing the utilities has told all involved they want nondisclosure agreements signed so no one can go public with any information disclosed during the negotiations.

So far, one or more of the parties involved in the talks are refusing to sign the nondisclosure agreements.

This has caused the lease negotiations to go slowly, according to NBC 7 Investigates’ source, who said the utilities are reluctant to provide full disclosure on what has occurred on the property since they took possession of it.

In an email, an SCE spokesperson  told NBC 7 Investigates the company has shared substantial information about the property lease with the public. Responses to other questions were left unanswered by the company. The Navy, Marines and SDG&E did not respond to questions or request for comment for this story.

Read the full response from SCE below.

NBC 7 Investigates received a copy of two documents the utilities have provided the team negotiating on behalf of the government.

One is a Nuclear Regulatory Commission inspection report, written very early in SONGS’ life. It is dated 1981, a relatively long time ago in human terms, but not so much, experts say, when it comes to radioactive materials.

After reviewing this document and one other document NBC 7 Investigates received, Joe Hopenfeld, an expert on the nuclear power industry, said, “It was unbelievable what they were doing there.”

Hopenfeld, who lives in Maryland, has worked in the nuclear power field for 55 years.

“My general impression from what I have seen in that report is San Onofre was very very sloppy, very very careless in handling radioactive material,” he told NBC 7 Investigates.

The property discussed in the documents includes the land in and around the reactor domes and across Interstate 5, which is called Japanese Mesa or the “Mesa,” according to the paperwork.

The two documents detail contaminated equipment was stored on both sides of the freeway and elevated radiation levels were found in January 1981 at “the beach area adjoining the tsunami wall.”

“You basically had hundreds of pieces of contaminated equipment,” Hopenfeld said.

According to the documents, plant employees told an Nuclear Regulatory Commission (NRC) inspector that they felt the waste monitor tanks inside of an auxiliary building were the probably source of radiation found on the beach. However, the inspector focused on a concrete block cubicle near the building which employees said contained “fairly high levels of radioactive waste.”

The radiation levels around the concrete cubicle were so elevated “the inspector did not perform a survey inside,” according to the documents.

The report says it was determined the cubicle was “responsible for most of the radiation measured on the beach.” The leak problem was resolved by placing a 3/8-inch sheet of lead on the roof of the structure, the documents state.

The other document NBC 7 Investigates received is dated April 10, 2014. It is a historical assessment called “Radiological events at the Mesa.”

The 900-page assessment shows radiation readings at the time on the property, photographs and a summary of what was determined. According to the document, utility officials don’t believe any of the radioactivity spread, though they couldn’t draw the same conclusion for materials left in the weather or exposed to the elements.

One potential problem, a former San Onofre Safety Officer Vinrod Arora said, was the “cordial relationship” between the plant and the agency that inspected them — the NRC.

Arora worked at the plant for 15 years. He told NBC 7 Investigates even if SCE turned over all property inspection documents, there’s no guarantee of having a complete picture of the land’s conditions. NRC inspections, he said, are thorough but limited.

“They have to do a lot of things in the given time frame, so they are focused on the problems identified by the operator of the plant,” Arora said.

As a safety officer, Arora saw internal reports as they came through the system and noticed a pattern in NRC inspections. According to Arora, the agency would usually only inspect a problem which SCE identified.

“It is very seldom they will discover a new problem on their own,” he said.

Arora is currently suing SCE, saying the company fired him after he raised concerns about safety at the plant.

In the documents, NBC 7 Investigates did find examples of an NRC inspector alerting SCE to a safety issue. One happened during the inspection done in January 1981, according to the documents.

The report describes how an inspector alerted SCE that one of their security guards trailers had elevated radiation readings. According to the documents, a contaminated steam generator taken from the reactor exposed the workers for 10 days.

It also says initially the plant personnel did nothing until the inspector reminded them of the “unnecessary exposure being received” by occupants of the trailer.

After reading in the report about a steam generator system pipe that was “hot,” Hopenfeld said, “You have hot spots, you don’t know what they are.” After reading more of the report, he told NBC 7 Investigates, “Apparently no one paid attention to this big pipe and they sent it off-site”

Eventually, according to the documents, an anonymous letter warned that the pipe was radioactive, and it was returned to the Mesa where inspectors “found radioactivity all over it.”

Hopenfeld said that although most of the radioactivity problems described in the reports were at lower levels and these problems were reported early in the life of San Onofre, he is still troubled by them.

“This is an indication of the mentality and the culture at the time at SONGS,” he said.

Arora said the plant grounds should be thoroughly inspected by an independent third party and not by SCE or SDGE or any of their subcontractors.

“Be very careful of the goods they accept from Edison with the blessings of the NRC,” Arora warned. The concern, he said, is not just for the land but for those that might someday use it.

“We want to make sure our Marines and their families are taken care of and not subject to any unidentified contamination,” Arora said.

After NBC 7 Investigates sent the Navy a series of questions, a Navy spokesperson responded in an email to each point. See the responses here:

Question 1: It has come to my attention that secret meetings are taking place between representatives of the United States Navy, USMC and SCE/SDGE employees. Why are these meetings kept secret from the public?
Answer 1: The Department of the Navy (DON) is the lessor/grantor and SCE/SDGE are lessees/grantees of land at MCB Camp Pendleton. SCE, SDGE, and the DON hold regular meetings to address landlord/tenant issues.

Question 3: My understanding is SCE/SDGE have not been forthcoming in regards to the condition of the property. This is demonstrated by the unwillingness of the utilities to provide a thorough and complete set of documents and inspection reports in regards to the properties condition. Can you comment on this please?
Answer 3: The DON and SCE/SDGE have exchanged numerous documents related to condition of the property. The DON is reviewing the documents to assure the property is returned to it in accord with lease/easement provisions, statutory and regulatory requirements, and DON policy.

Question 4: I have learned reports provided by SCE were misleading and contain errors, and this was exposed recently by some parties involved in the discussions. Is this the case?
Answer 4: SCE/SDGE has provided and the DON is reviewing documents, and both parties are performing environmental due diligence in order to insure that the property is returned to the DON in accord with lease /easement provisions, statutory and regulatory requirements, and DON policy.

Question 5: My understanding there are other documents but SCE/SDGE are refusing to provide them unless all involved in the discussions sign a confidentially agreement. Why would SCE/SDGE request such a thing? Are there issues of national security at play?
Answer 5: The DON has not signed a non-disclosure agreement.

NBC 7 Investigates also reached out to the NRC, U.S. Marine Corps and SDG&E, asking them the same questions. They have not responded.

I’m following up to make you aware of substantial information that Edison has shared with the public regarding our lease with the Navy for the Mesa property. We have briefed the San Onofre Community Engagement Panel multiple times on this topic in the past 18 months. As you may know, the panel is led by UC San Diego Professor David Victor and meets regularly to discuss San Onofre decommissioning. More information is available at www.songscommunity.com, including video of all CEP meetings so you can review the discussion in more detail.
Below are links to specific references to the lease discussions.
Regards,
Maureen

Here is a briefing in March: http://www.songscommunity.com/docs/cepqamarch25.pdf