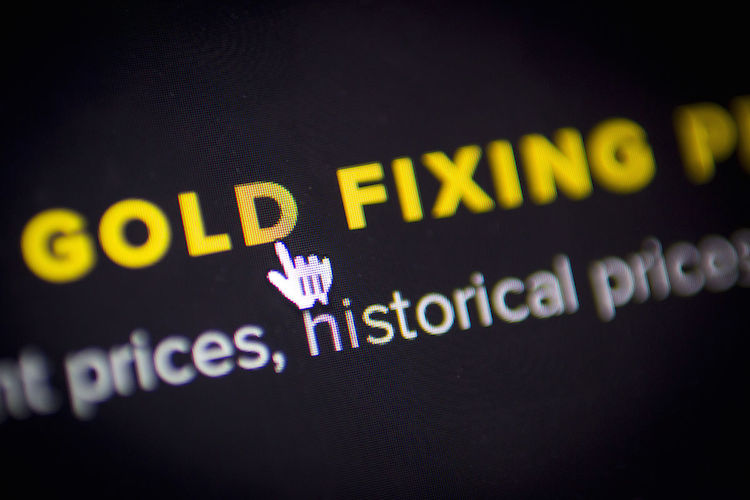 TMR Editor’s Note:
Where it concerns the Global Economic & Financial System (GE&FS), there is no bigger story than the multi-decade, institutional rigging of the price of gold.  This scandal has been going on ever since the worldwide gambling casino started betting on the precious metal.

Why is gold price-fixing, more than any other market manipulation, so relentless and transparent?

Because the price of gold is the universal financial and economic barometer.  More than any other single market metric, the gold price reflects the true state of the global economic and financial outlook.  Whenever investors flee conventional investments due to an economic downturn, they invariably flock around gold.

During all previous recessions and depressions, the smart money has always parked a significant portion of their investment portfolio in gold.  Such a precautionary measure is now reflexive during times of great financial insecurity and economic instability.  There is no better storehouse of value than gold, particularly when the world markets start to crash … as they’re beginning to do at this very moment.

Therefore, if you really want to know what the controllers of the realm (GE&FS) are doing behind the scenes, keep your eye on the price of gold.  You will learn all that you need to know about the immediate future, especially about the ever-changing climate of the global investment environment.

With countless settlements documenting the rigging of every single asset class, it was only a matter of time before the regulators – some 10 years behind the curve as usual – finally cracked down on gold manipulation as well, even though as we have shown in the past, central banks in general and the Fed in particular are among the biggest gold manipulators.

That said, we are confident by now nobody will be surprised that there was manipulation going on in the gold casino. In fact, ever since Germany’s Bafin launched a probe into Deutsche Bank for gold and silver manipulation, it has been very clear that the only question is how many banks will end up paying billions to settle the rigging of the gold market (with nobody going to prison as usual, of course).

Earlier today, we learned that the Swiss competition watchdog just became the latest to enjoin the ongoing gold manipulation probe when as Reuters reported, it launched an investigation into possible collusion in the precious metals market by several major banks, it said on Monday, the latest in a string of probes into gold, silver, platinum and palladium pricing.

Here are the details that should come as a surprise to nobody:

Global precious metals trading has been under regulatory scrutiny since December 2013, when German banking regulator Bafin demanded documents from Deutsche Bank under an inquiry into suspected manipulation of gold and silver benchmarks by banks. Even though the market has moved to reform the process of deciding on its price benchmarks, accusations of manipulation have refused to go away.

“It (WEKO) has indications that possible prohibited competitive agreements in the trading of precious metals were agreed among the banks mentioned,” WEKO said in a statement.

Don’t hold your breath though: “A WEKO spokesman said the investigation would likely conclude in either 2016 or 2017, adding that the banks were suspected of violating Swiss corporate rules.” Those, and virtually all other market rules.

The good news is that unlike Bart Chilton’s charade “inquiry” into silver manipulation when after years of “probing” the CFTC found “nothing”, at least the Swiss will find proof of rigging for the simple reason that it is there.

he banks face financial penalties if WEKO finds them guilty of wrongdoing, the spokesman said, though he declined to comment on the size of any possible fine.

No please, anything but “financial penalties” for rigging the gold market.

Aside from regulatory probes, a number of lawsuits have also been filed in U.S. courts alleging a conspiracy to manipulate precious metals prices.

Commenting on the WEKO probe, a Julius Baer spokesman said the bank was cooperating with authorities.

In a statement, Deutsche Bank said it was cooperating with requests for information from “certain regulatory authorities” over precious metal benchmarks but declined to comment further.

Representatives for UBS, Barclays, Morgan Stanley and HSBC declined to comment. Mitsui was not immediately available for comment.

Some so-called experts promptly scrambled to talk down the upcoming proof that so-called “paranoid” gold bugs have been right all along:

The impact of the probes on wider precious metals trading was likely to be muted, according to Brian Lucey, professor of finance at the School of Business, Trinity College Dublin.

“The question is not if individuals, or groups of individuals are collaborating to rig the game for themselves, the question is if this has any material effect,” he said. “I’m not convinced collusive behaviour will have a meaningful effect micro-economically to the structure of gold trading around the world.”

Oh so the question is not if traders and banks made billions in illegal profits by rigging yet another market, but “if this has any material effect.” Give this man another distinguished financial professorship title: with observations like that what can one say but… “Keynesian genius.”

However, as we said above, none of the above, and certainly not the idiotic “finance professor” statements, will come as any surprise to anyone.

What will, however, is that unlike previous gold probe cases, this one will actually have consequences.

How do we know?

Because just like in LIBOR-gate, just like in FX-gate, it is the biggest rat of all, Swiss megabank UBS, that is about to turn on its former criminal peers.

As Bloomberg reported earlier “UBS was granted conditional leniency in Swiss antitrust probe of possible manipulation of precious metal prices, a person with knowledge of the matter said.”

Bloomberg adds that the “bank may face lower fine than six other banks and financial firms suspected in probe or may avoid penalty altogether, person says.”

Why would UBS do this? The same reason UBS did so on at least on two prior occasions: the regulators have definitive proof it is involved, and gave it the option to turn evidence and to rat out its cartel peers, or face even more massive financial penalties.

UBS promptly chose the former, and took the opportunity to minimize yet another key civil (and criminal) market manipulation charge against it, especially after it was already branded a “criminal recidivist” between Libor, FX and, of course, the tax evasion scandal: one more manipulation scandal and the bank could well lose its license to operate in NYC.

Which simply means that now the official countdown on the announcement of what will be revealed as the biggest gold-manipulation and rigging scandal in history, has begun.