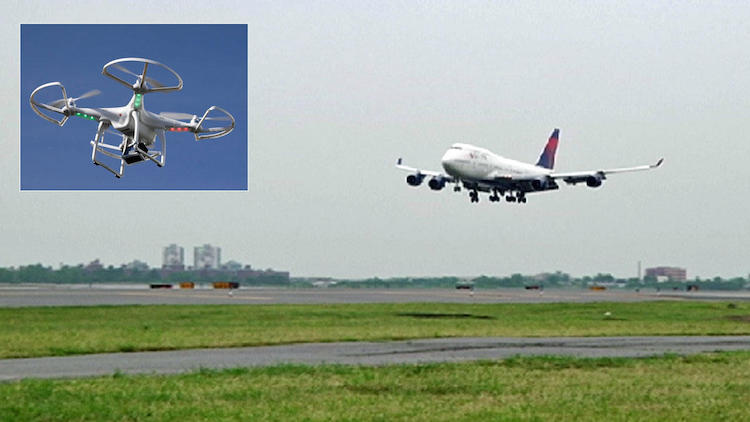 Drones Makes It Impossible For DHS To Do Its Job

The POTUS is now a sitting duck even when he’s sitting in the Oval Office. We now live in a radically changed world. The rapid development of drone technology has made them accessible to anyone who can afford their relatively modest price. However, it is the sheer number of drones being sent up into the sky that is troublesome. What is even more concerning is that the number is growing exponentially.

Even the President of the United States can no longer be protected from a drone-delivered weapon.  Playing golf in South Florida makes him a particularly easy target, as the following Palm Beach Post news report indicates.

FAA: Drone over Obama in South Florida had Secret Service on alert

This developing predicament is only going to get more serious by the day.  As drones become more sophisticated flying machines, especially their increasing speed and maneuverability, they will become particularly challenging to the Department of Homeland Security (DHS).  Some of the agencies within DHS will certainly face formidable foes who sit at the controls of weaponized drones.

What can possibly be done to neutralize the ever-present drone threat?

Nothing? Nothing, that is, except a total ban on the flying of drones any where within the nation’s borders.  Even then they can be remotely controlled from Canada or Mexico.  The much more important point is that, were they to be made illegal, the criminal class and/or enemy combatants are not known for respecting the laws of the land.  Hence, DHS now has another HUGE security issue to address.  Ditto that for any government or corporate entity which requires special security measures.

You see, once this genie (they both fly) was let out of the bottle, especially in a zealous Consumer Society, everyone wants to buy their own drone.  Even for those who only want to acquire every new toy that comes out, there are major potential problems ahead.  The airline industry has already suffered a good number of drone scares which will only increase by the year.  When every kid who excels at computer gaming possesses his own drone, he will want to experience his own real life drama by way of his drone flying through the neighborhood.

Who knows where all this will lead to?  How does one effectively terminate those real threats which smart criminals and combatants can pose to virtually any vulnerable pedestrian or vehicle, home or office building.  The enemy combatants, especially, present an infinite number of dire possibilities.  Which one of them would not love to land a drone at the White House … on the roof … with a miniature dirty bomb in tow (yes, they can be made that small)?  Boy, does Homeland have BIG problems! The Airline Industry Has Never Been So Vulnerable

The number of drone incidents in airspace shared with jet airliners is increasing by the month.  When even the airports are no longer free from drone intrusions, something is very wrong with this unacceptable state of affairs.

There was also the drone close call over New York City this month experienced by not one, but two airliners.  A separate incident was reported at JFK Airport, as seen in the second headline below.

2 airliners fly within 100 feet of drone above New York

The real irony of all this drone activity, in what used to be considered strictly off limits airspace, is that the 3 major NYC airport shops have been selling drones.  It looks like DHS has a much bigger problem than previously thought.

Quite unbelievably, the official FAA records now show that the agency has been alerted “to 25 episodes in which small drones came within a few seconds or a few feet of crashing into much larger aircraft“.  The list, which was provided by “commercial airlines, private pilots and air-traffic controllers“, can be viewed at this WashPo link.[1]

DHS has their work cut out for them

Is there any question about that?  How does the DHS proceed with containing the outbreak of drone use near airports and nuclear power plants, prisons and penitentiaries, the White House and the Capitol?

The very best of luck to America’s premier guarantor of national security!